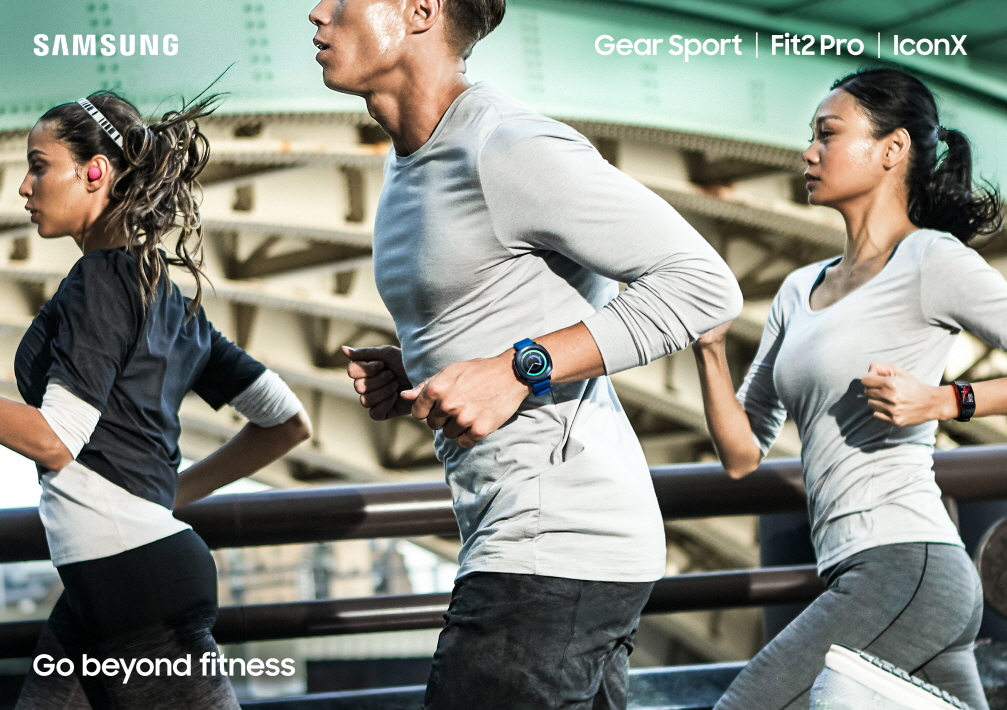 Today at the IFA trade show in Berlin, Samsung Electronics announced a pair of enhanced Gear smartwatches along with a second-generation version of its Gear IconX wireless earbuds.

They were designed to help consumers “get the most out of their day and help them live a healthy and well-balanced life,” which sounds like an Apple pitch. They support fitness tracking, as well as nutrition, sleep and heart rate monitoring with improved accuracy. 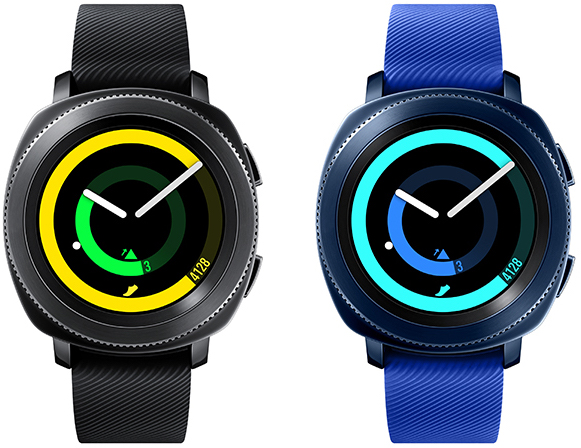 The updated IconX earbuds use low-power Bluetooth 4.2 connectivity and permit users to summon Bixby with a tap and hold of either earbud, like Apple’s AirPods-Siri integration.

In terms of water resistance, both smartwatches have ISO 22810:2010 certification for 5 ATM rating of up to fifty meters, or about 165 feet, “under specific conditions.” According to the fine print, this means that the wearables are safe to wear while walking in the rain or showering, and may be used for shallow-water activities like swimming in a pool or ocean.

“Gear Sport and Fit2 Pro should not be used for scuba diving, waterskiing or other activities involving high-velocity water or submersion below shallow depth,” the firm cautions. 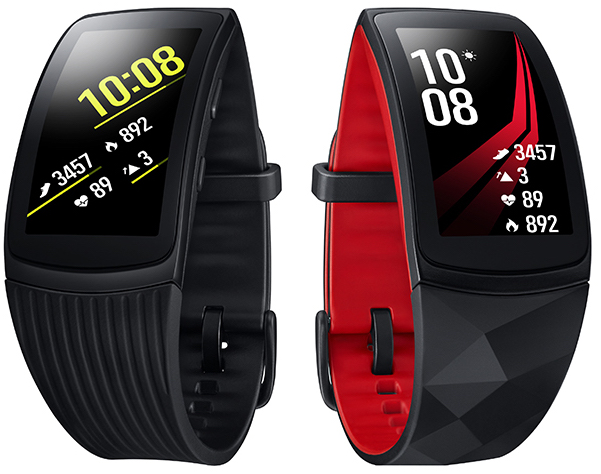 Fit2 Pro (pictured above), which Samsung calls a fitness band rather than a smartwatch, includes a 1.5-inch curved Super AMOLED screen with a 216-by-432 pixel resolution, a 1GHz dual-core chip with 512MB RAM, four gigabytes of storage, a 200mAh battery and more.

Both wearables are compatible with Galaxy devices running Android 4.3 or later, non-Samsung phones with Android 4.4 or later and Apple’s iPhone 5 and newer models with iOS 9 or later.

Aside from updated ergonomics, Bixby integration, improved battery life via a built-in 82mAh battery and fast charging, the IconX earbuds feature untethered fitness tracking in real-time and without a phone. The standalone Running Coach function, activated by tapping the earbud, provides in-ear audio exercise status updates in a total of nine languages. 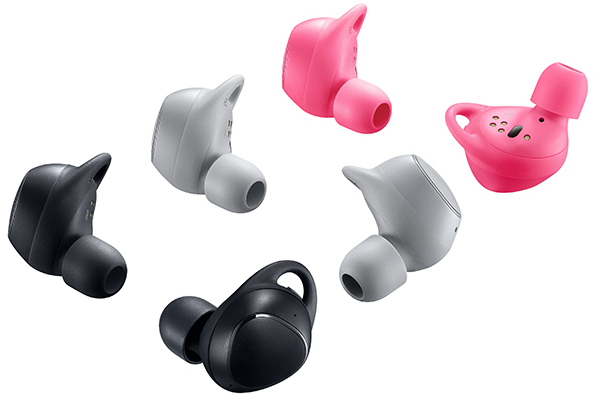 The earbuds provide up to four hours of talks time, five hours of music streaming or seven hours of standalone music playback. You rad that right, the accessory comes with four gigabytes on internal storage that allows you to transfer your favorite tracks and listen to them on the go, no smartphone required.

Music streaming from a phone is, of course, supported as well.

The updated Gear IconX comes in Black, Gray and Pink, weighing in at only 55 grams. They are compatible with devices running Android 4.4 and above and ship with the included 340mAh charging case that provides one extra charge on the go.

According to the South Korean company, the Gear Fit2 Pro smartwatch is priced at $200 and will be available for pre-order beginning tomorrow, August 31, at 9am from Amazon and other retailers, with shipments scheduled to arrive around September 15. Gear Sport will be available for purchase during the holiday season, but pricing is yet to be announced.

What about the earbuds? I kinda like the idea of wearing earphones that can track my activity standalone. And with built-in storage, one needs no other device to hit the gym or go on a run.

My guess is that AirPods will gain those functions in the next refresh.