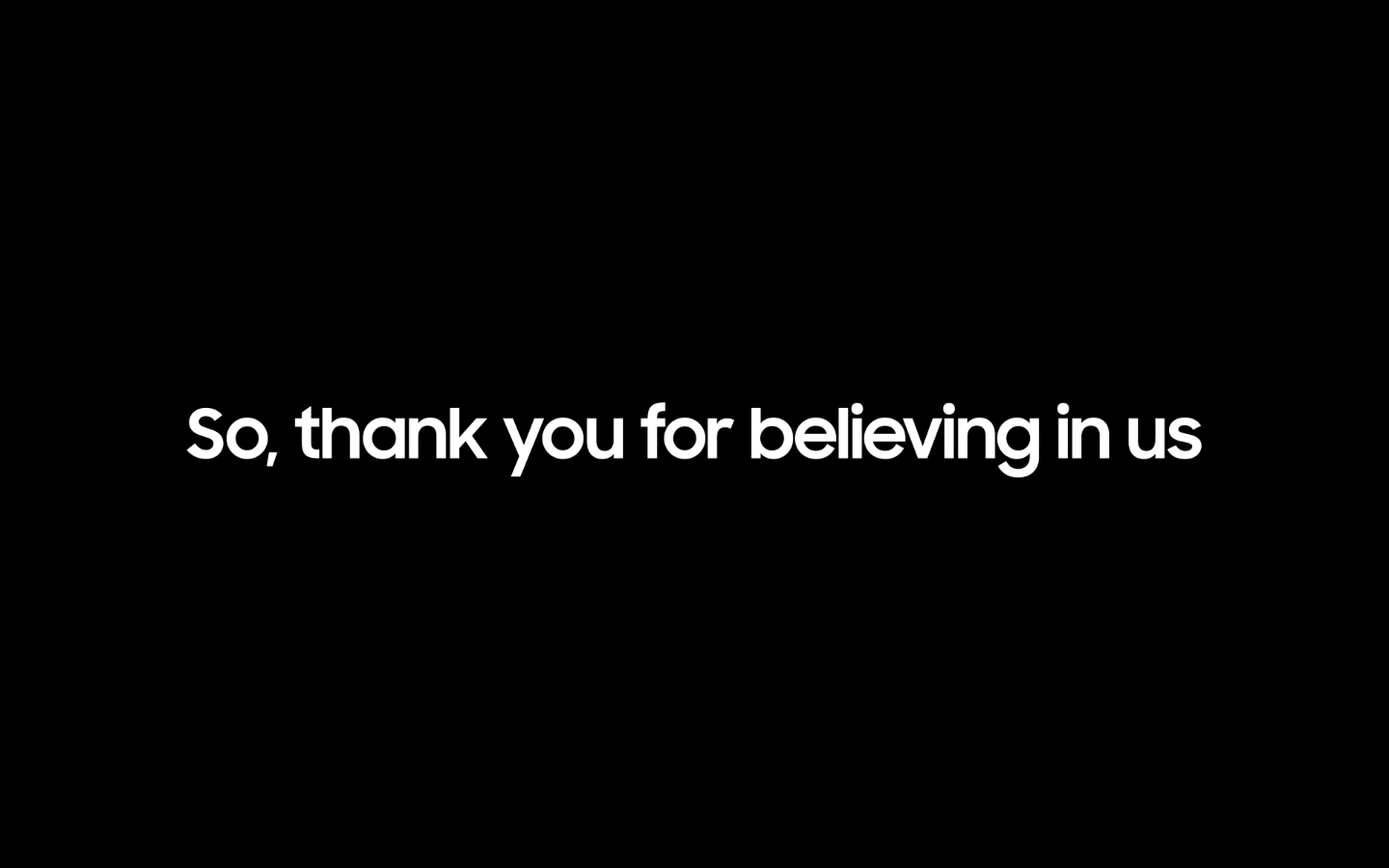 Although Note 7 met an untimely demise when its batteries started exploding shortly after its launch in August of last year, the new Note 8 appears to be OK so Samsung’s now posted a cool video note thanking customers for their patience and loyalty through hardship.

It’s a cleverly done clip that re-establishes Samsung as a trusted brand while painting its customers as passionate people who care deeply about the brand.

“Told through real voices of our users, this is a tribute to Galaxy Note fans all over the world,” notes the company. “Thank you for believing in us and continuing to do what can’t be done.”

The South Korean conglomerate was smart to take extra safety steps with Note 8, that was announced on August 23 ahead of Apple’s expected iPhone 8 announcement next month.

To ensure the phone won’t explode like its predecessor, they put it through a series of safety checks and brought in a product safety consultancy firm to do additional tests.

Watch the thank you note embedded below.

For a change, this is a Samsung ad I like.

There’s something intrinsically powerful about admitting your mistake and apologizing to customers you let down. Without sincere apologies, Samsung’s brand would have never recovered from the exploding Note fiasco so fast and in the way it has.

Apple, of course, is no stranger to apologies of its own.

Famously, in 2010 the company held a hastily organized press conference to deal with the aftermath of Antennagate, which threatened to turn the iPhone 4 launch into a disaster.

Even though it has insisted to this day that nothing was wrong with iPhone 4’s antenna, Apple did apologize after all and even offered free bumpers to customers (which was an admission of guilt). At the same time, Apple adjusted the design of the antenna system to mitigate the issue, which has helped the company leave the scandal behind it.

In recent history, CEO Tim Cook was forced to apologize to customers over the Apple Maps debacle, which cost then iOS chief Scott Forstall his job.

And how could we forget the good ol’ MobileMe?

As you know, Steve Jobs offered an olive branch to customers in the form of free service extension due to MobileMe’s botched launch (Walt Mossberg called it MobileMess), downtime, slow performance and inadvertent credit card charges after users signed up for a free trial.

Jobs went through the roof: he summoned the entire MobileMe team for a meeting and gave them a good dressing down, telling employees they should hate each other for having let each other down. He then fired the MobileMe team’s manager on the spot and appointed Eddy Cue as their new chief (he later became SVP of Internet Software and Services).

How do you feel about their thank-you video? Is it yet another step in the right direction? Has the company managed to make piece with its disappointed Note customers, do you think?

Or was this video one apology too many?

Sound off with your thoughts down in the comment section.