Following our first iPhone 8 component leak in the form of a purported inductive wireless charging printed circuit board last week, more alleged parts for the handset were photographed and posted on Sunday to the Chinese microblogging service Weibo.

Reposted by leak aggregator SlashLeaks, the images claim to depict an OLED display assembly for the device along with internal components such as a Lightning connector part and flex cables for transferring power to other components. As expected, and previously reported, the display assembly features a notch at the top for the front-facing camera and sensors. 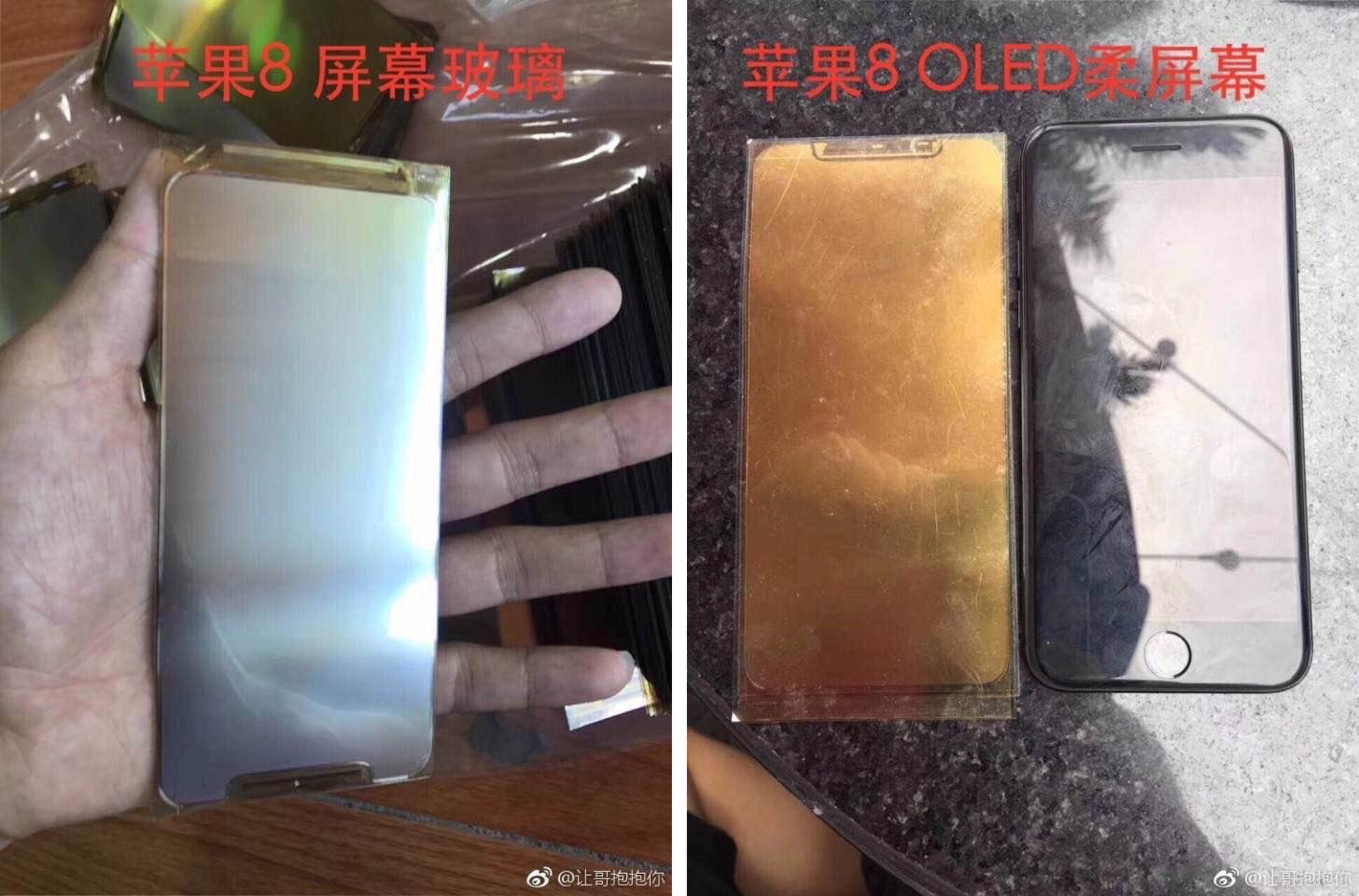 By using an edge-to-edge display design with minimal bezels and removing the top and bottom chin, Apple is said to have packed a 5.8-inch OLED display in a device roughly the size of current 4.7-inch iPhone models.

With an iPhone 8 announcement now just a few weeks away, we’re likely to see more leaks.