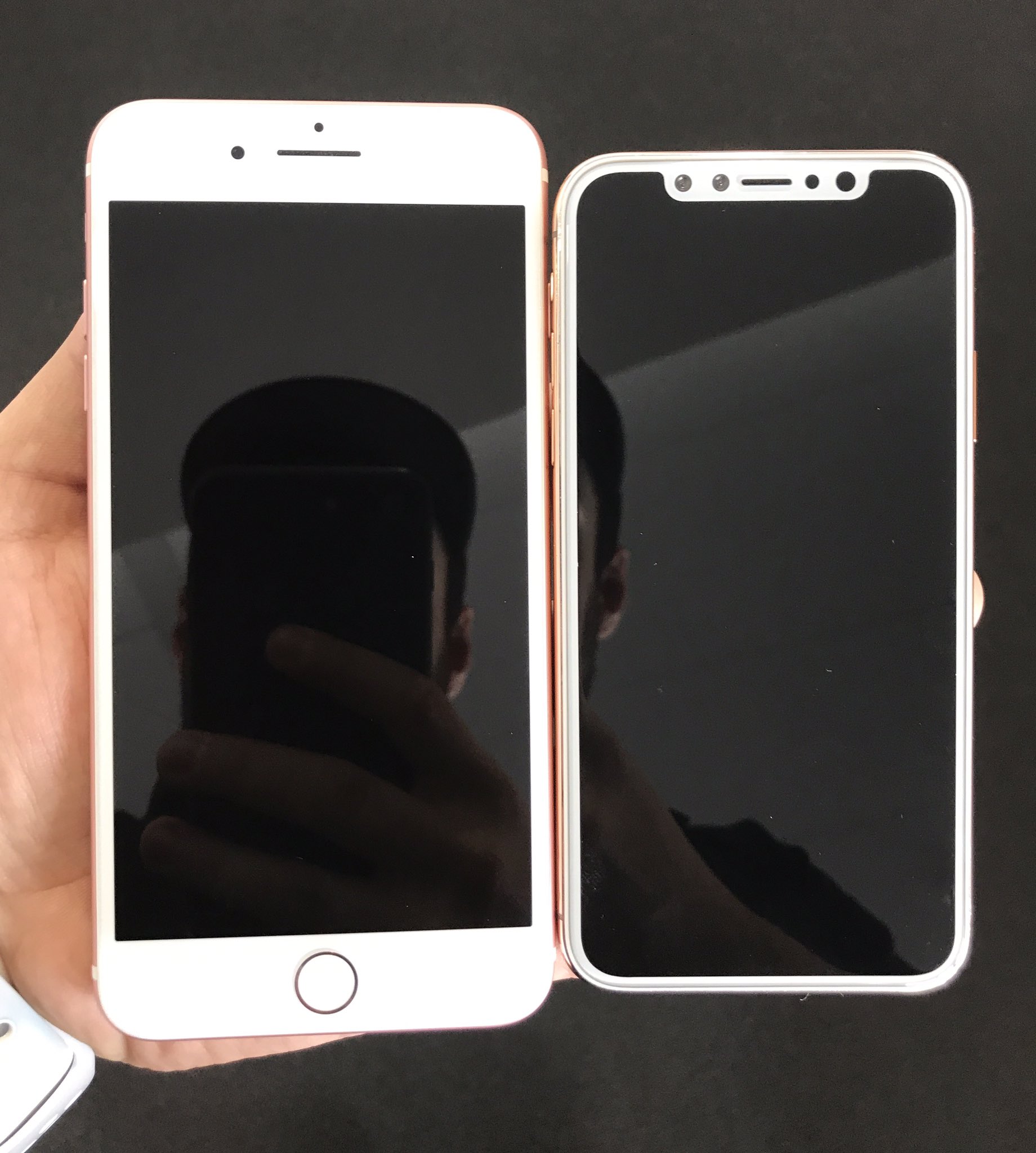 iPhone 8 is said to come in three colors—Black, Silver and Gold—and The Loop’s Dave Mark today was forwarded interesting images of some dummy units originally received by Ben Miller, who works for a publisher that owns a site that sells iPhone repair kits.

As you can see for yourself, the dummy unit has a copper-like colorway that was previously disclosed by leak aggregator SlashLeaks (Apple may call this finish Champagne Gold).

The image top of post compares an iPhone 7 Plus, at left, to an iPhone 8 dummy, at right.

Most of the rumors point to a single-size iPhone 8 model, which isn’t surprising given its large screen real estate afforded by the removal of the top and bottom “chin” and minimal bezels. This has apparently allowed Apple’s designers to squeeze a 5.8-inch OLED display into a device roughly the size of 4.7-inch iPhones.

Again, this is a design dummy created based on alleged specifications that have been supposedly “confirmed” by purported schematics and CAD models.

Could this be what Apple’s tenth-anniversary handset will look like?