Apple’s partnership with Dwayne Johnson aka The Rock that gave us perhaps the best television commercial for Siri ever is continuing with a trio of amusing mini-ads that the Cupertino firm published on its official YouTube channel yesterday evening.

Titled “Sunset Selfie”, “Kitchen” and “Reminder” and running fifteen seconds long each, the new mini-ads highlight perhaps the most popular use cases for Siri, like the ability to launch the Camera app in selfie mode, create reminders and set custom timers.

“The Rock only has one thing on his mind—it starts with a ‘D’ and rhymes with ‘ominate.’ Good thing he has Siri by his side.”

“Can you smell what The Rock and Siri are cooking?”

The partnership goes even further with a few canned responses to a simple query related to the commercials. Just tell your voice assistant something along the lines of “Hey Siri, what are you and The Rock up to?” and you should get some amusing responses.

It’s also interesting that Siri’s responses come with a “Watch the film” link which can be tapped to load up the full nearly four minutes long version of the original Siri ad featuring The Rock. 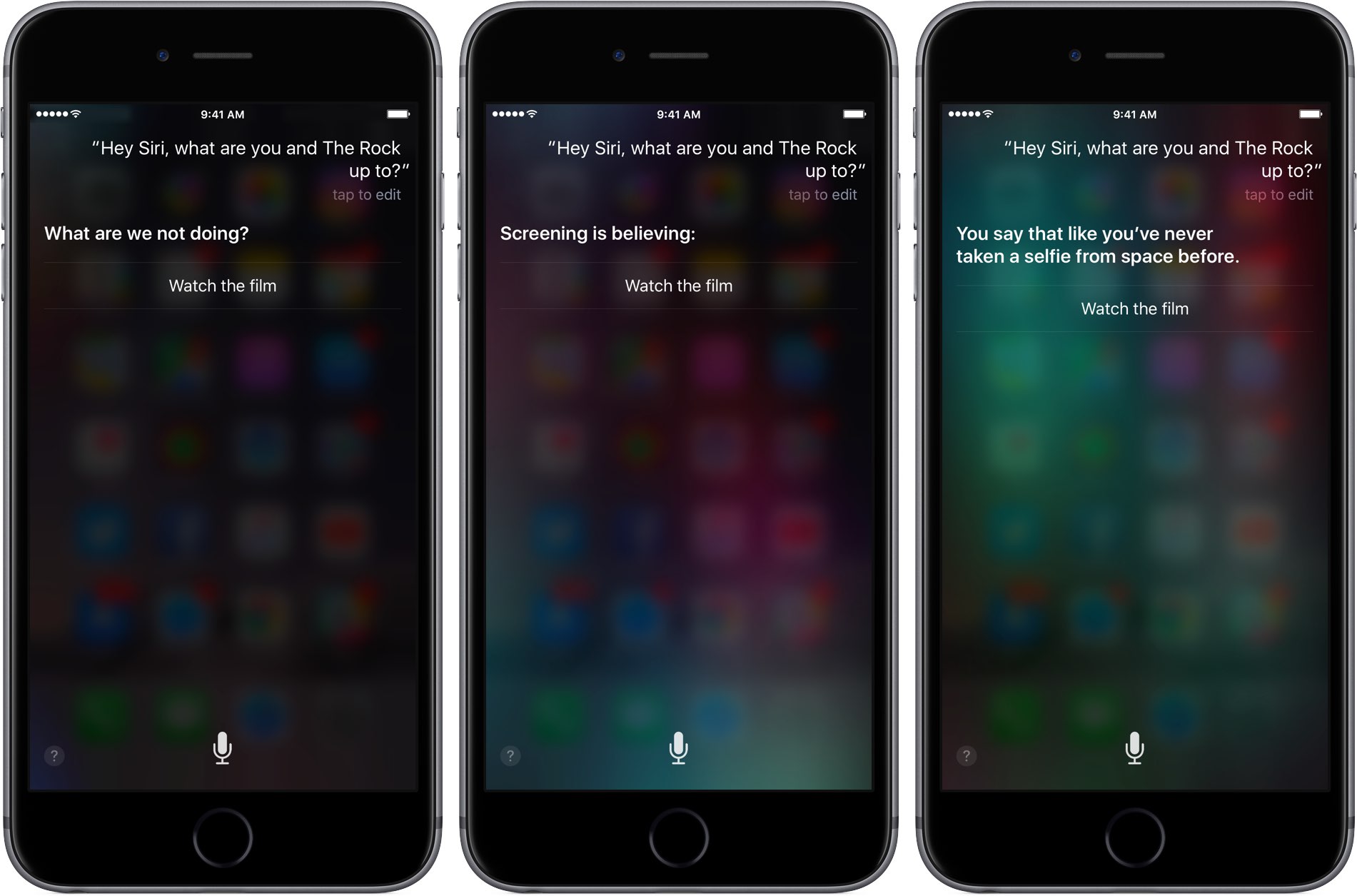 Those new clips cleverly re-use many of the scenes from the much longer Siri commercial with Johnson, with the exception of the trailer scene in the “Reminder” video, adapting them to a byte-sized format suitable for airing on television as reminder ads.

How do you like the new mini-ads for Siri, which one is your favorite and why?

Do chime in with your thoughts in the comments section.