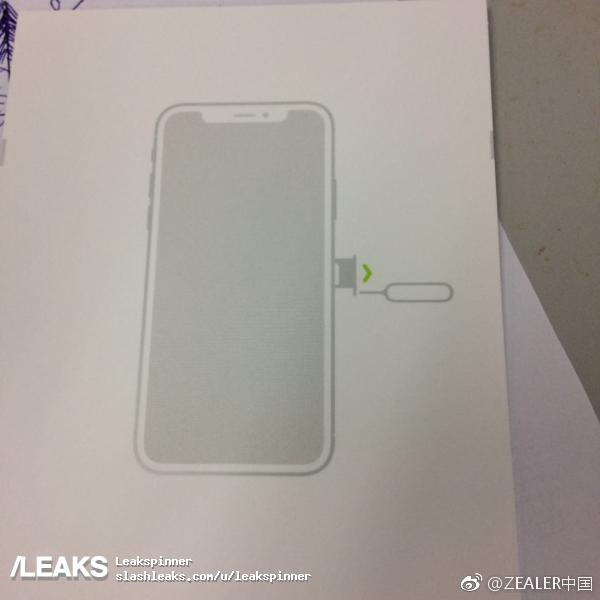 Leak aggregator SlashLeaks today published a claimed photograph of the purported iPhone 8 user manual that seemingly “confirms” the device’s rumored bezel-less design with a physical slit at the top of its 5.8-inch OLED display for the earpiece, the camera and sensors.

The photograph was originally posted on China’s popular social network Weibo by a source with a sketchy track record so best thing you take this report with a grain of salt.

There don’t seem to be any signs that the image has been doctored.

While we cannot vouch for the veracity of this photo, it does appear to match up nicely with Apple’s design style for iPhone packaging paperwork, showing standard instructions for inserting a SIM card via the slot on the right side of the device, just like with iPhone 7.

The iPhone’s signature top and bottom “chin” is nowhere to be seen on the photo.

An elongated Power button is clearly visible on the right side of the device though it apparently won’t accommodate a Touch ID sensor.

The device lacks a physical Home button and looks narrower and taller than existing iPhone models, supporting the theory that iPhone 8 may feature the industry-highest screen to body ratio at 18:9 (or 2:1), a major change from the current 16:9 iPhone screen ratio.