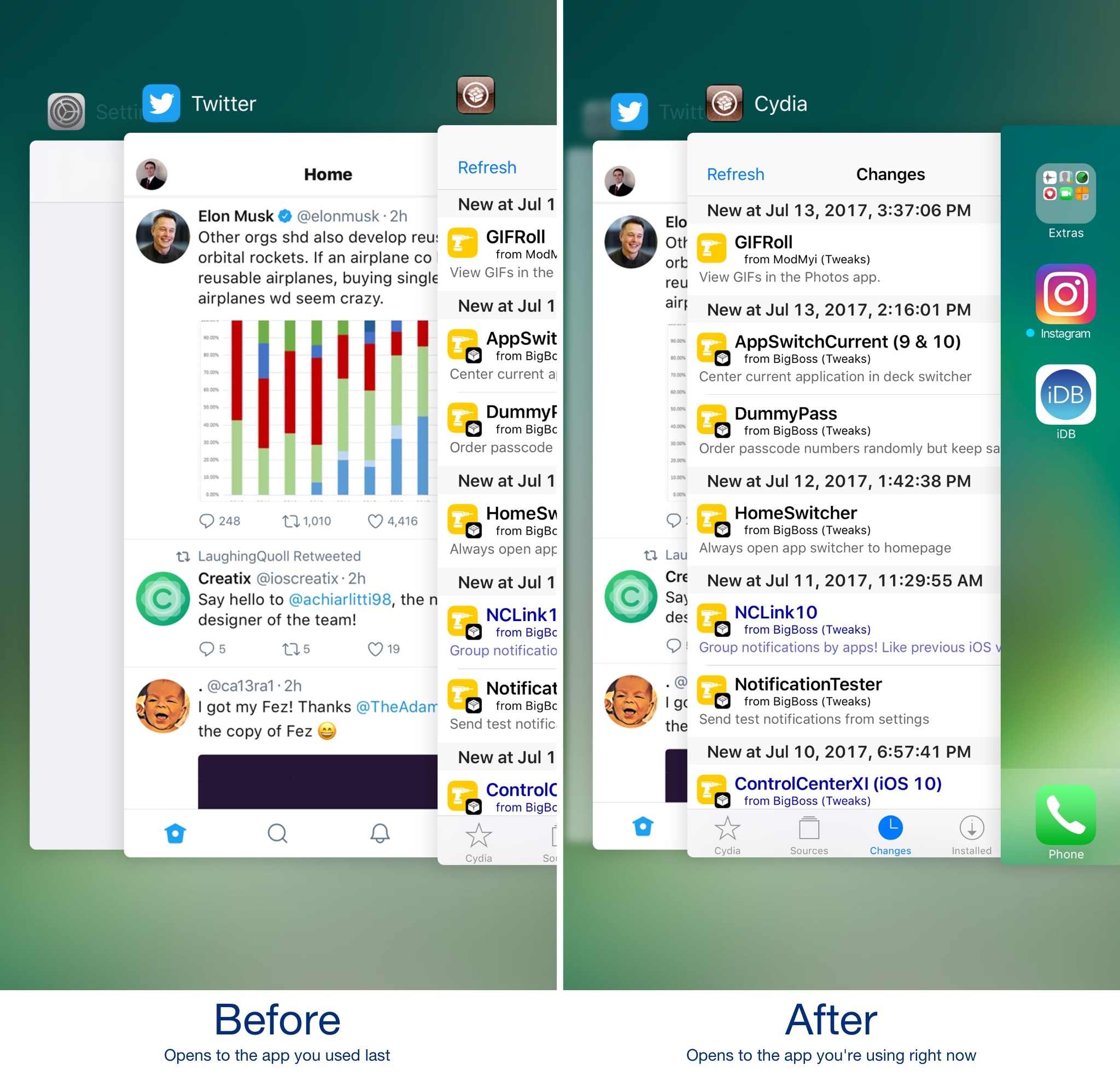 The App Switcher in iOS automatically opens to the app you last used upon launch rather than the one you were using when you opened the interface, and love it or hate it, a new free jailbreak tweak called AppSwitchCurrent (9 % 10) by iOS developer DGh0st flips this concept around.

The effects can be quite the polarizing, and the way you use your App Switcher will define whether this tweak will have any use to you. The way I see it, there are at least two different kinds of users in this world…

You won’t like this tweak if you use the App Switcher as a multitasking tool because your goal is to switch to a recently-used app more quickly rather than bring required to swipe over once you open the interface.

On the other hand, if you use the App Switcher as a force-quitting tool when apps don’t work how you expect more often than a multitasking tool, then being brought right to your current app can be more convenient from a troubleshooting perspective.

You can change a couple of options for AppSwitchCurrent (9 & 10) from the Settings app after installation: 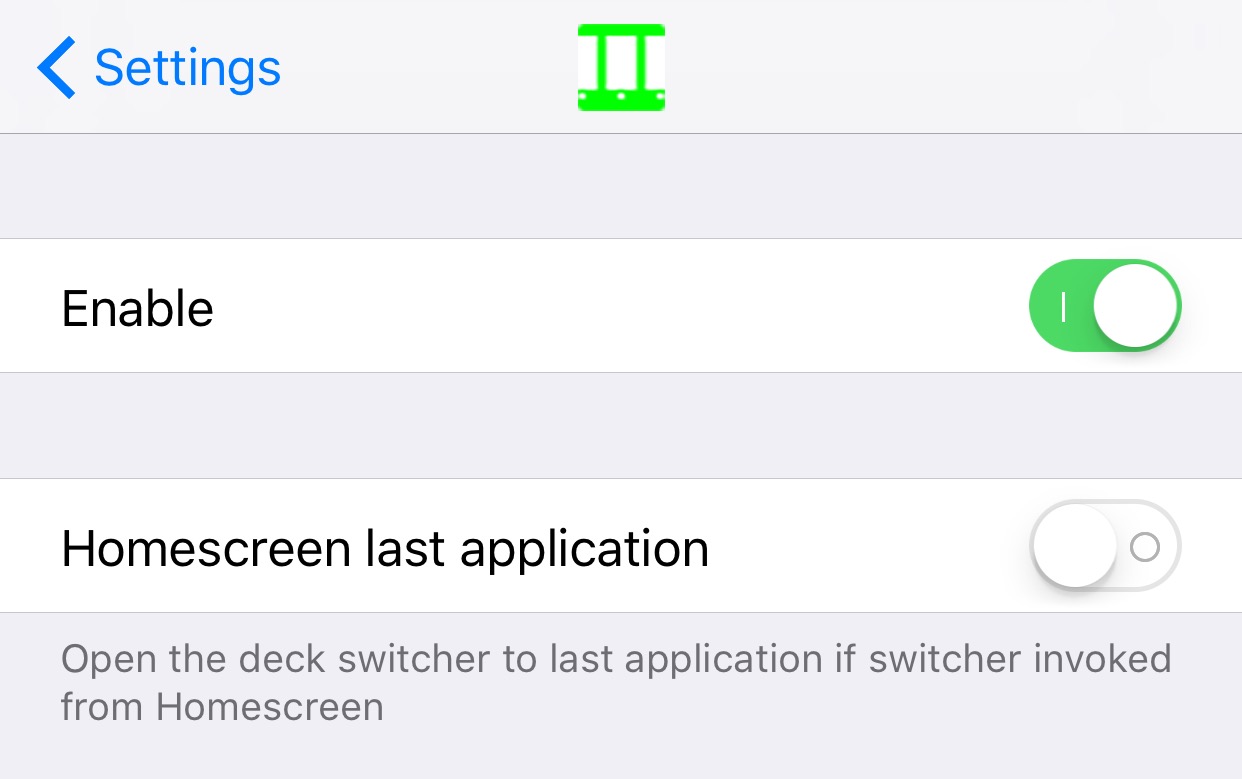 Here, you can toggle the tweak on or off on demand and choose where you’re taken when you launch the App Switcher from the Home screen.

In my brutal, but honest opinion, I think AppSwitchCurrent (9 & 10) is a tedious tweak. I wouldn’t go out of my way to install it because I don’t see a problem with the stock implementation, but if you don’t like how your App Switcher opens to the app you used last, then it may be useful to you.

AppSwitchCurrent (9 & 10) is available for free from Cydia’s BigBoss repository and works on jailbroken iOS 9 and iOS 10 devices.

Do you mind what app your App Switcher displays when opened? Share in the comments below!