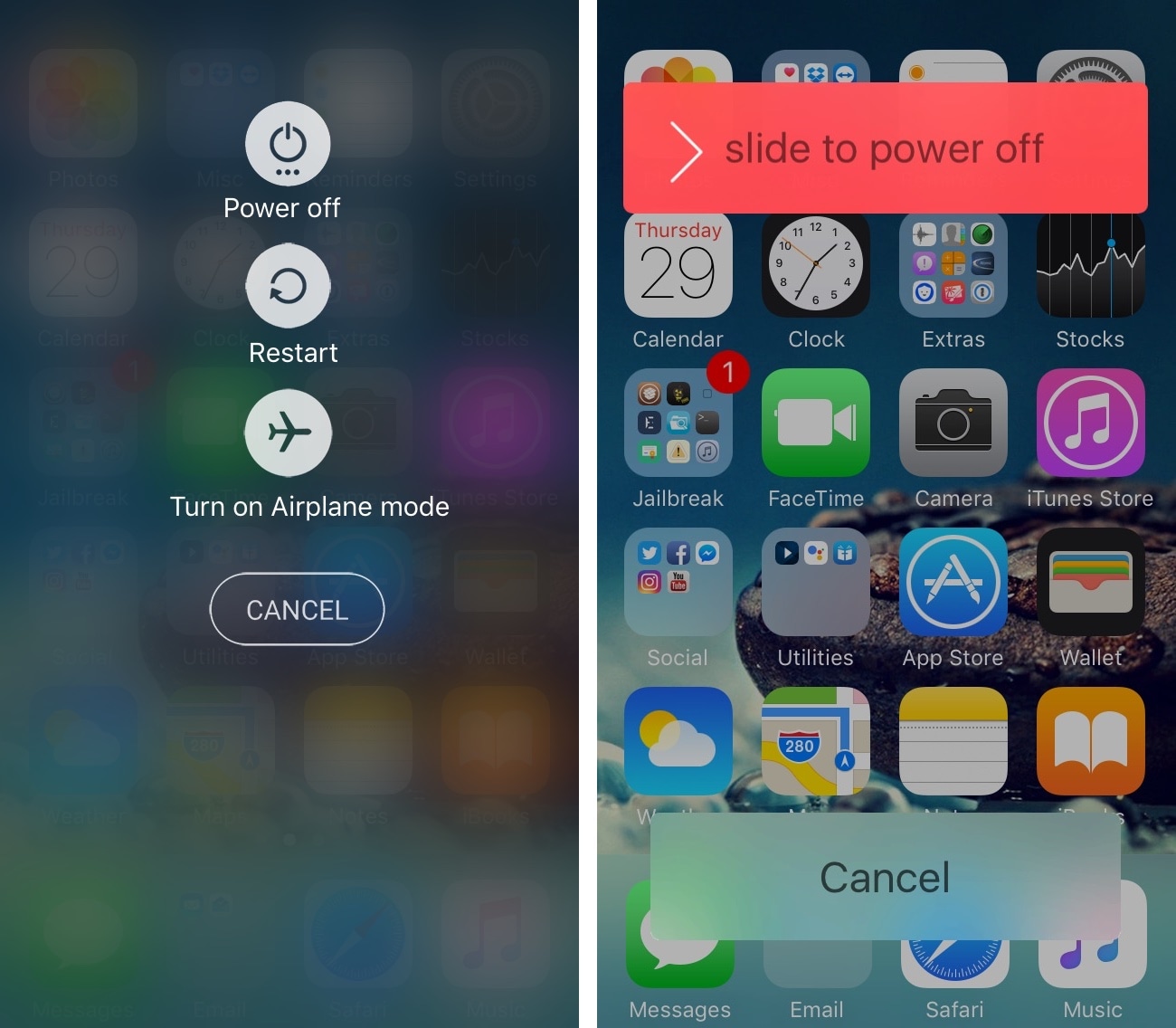 When you press and hold the power button on your iPhone or iPad, you’re presented with a switch for powering down your device.

This switch has undergone a host of cosmetic changes throughout previous iterations of iOS, and if you’re nostalgic of how it used to look in earlier versions, or you’re just looking for a totally new look and feel altogether, then you might want to try a new jailbreak tweak dubbed StyloPowerDown by iOS developer iKilledAppl3.

This tweak provides a couple new skins for the power down interface; it even includes support for a pop-up menu that provides more options at a glance.

These skins are only meant to make the interface look different, but the Stylo option actually adds new functionality to the power down menu. These include restarting the device or turning on Airplane Mode in addition to the typical power off function; the iOS 7 option simply changes the look and feel without adding anything new.

If you want more than just a skin and are looking for more functions regardless of what theme you chose, then you can also enable the optional pop-up menu, which offers more functions: 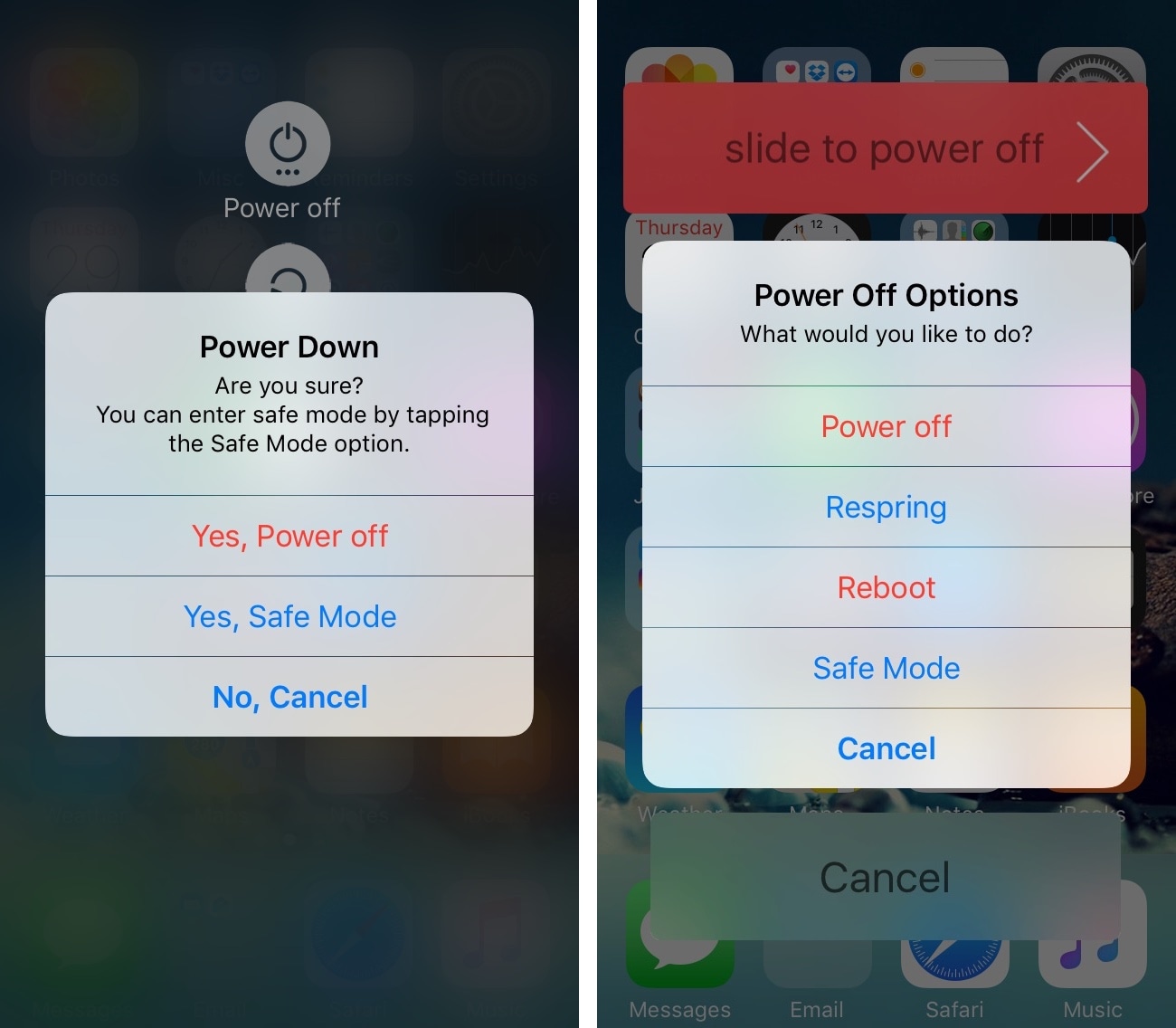 This pop-up includes support for rebooting, respringing, entering Safe Mode, and more, similarly to a popular free jailbreak tweak that I use on a daily basis called PowerDown.

To configure StyloPowerDown, visit the preferences pane inside of the Settings app after installation: 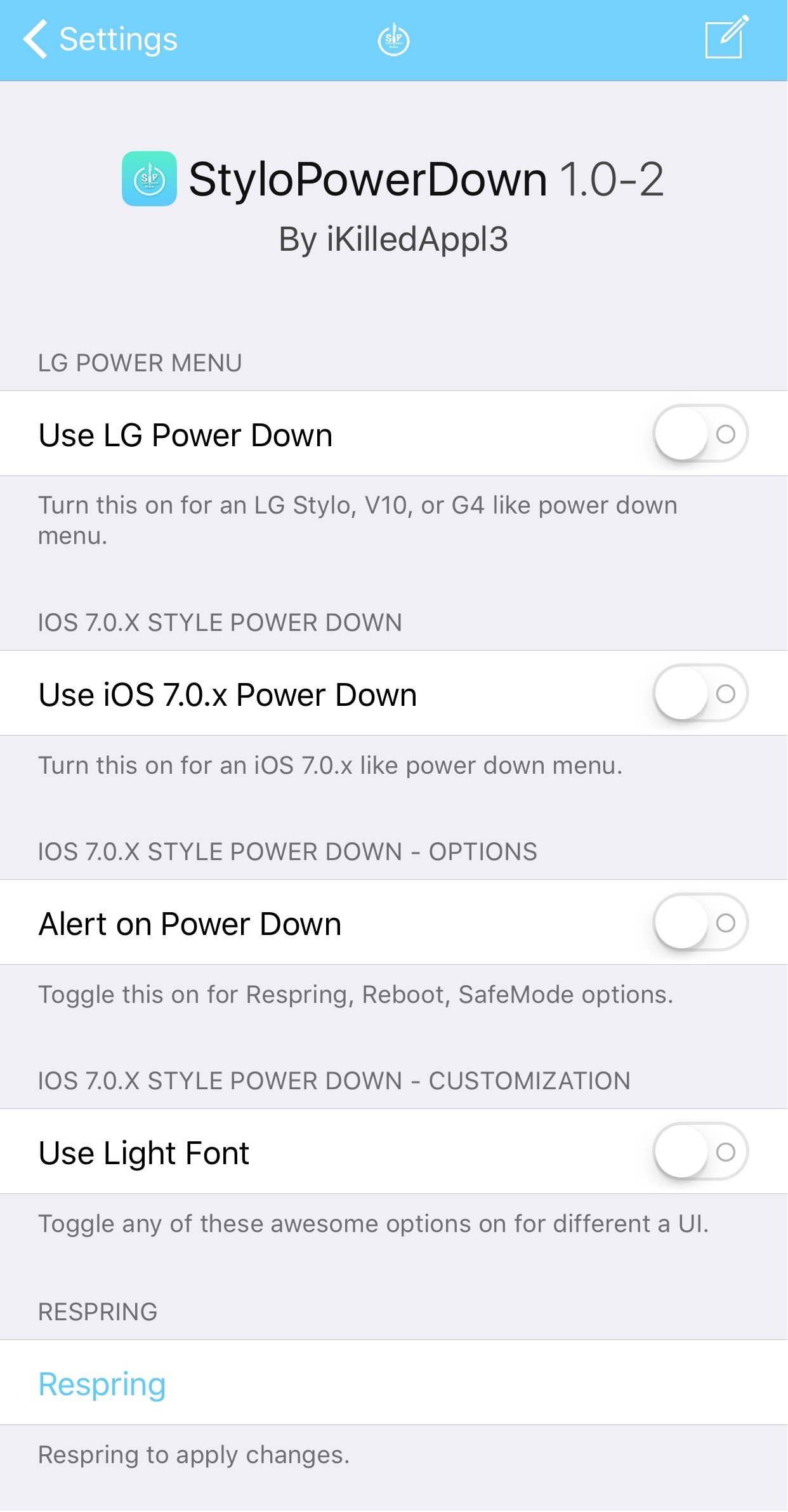 A respring is required any time you make changes, so a button for doing so is conveniently embedded in the preferences pane for you.

Worthy of note, fewer people are actually using the power down interface these days in the wake of semi-untethered jailbreaks, so whether or not you’re going to us this tweak depends greatly on how you use your device and how often you access these functions.

In my testing, I did find that the tweak isn’t quite fully-compatible with Plus-sized devices out of the box, so the developer has since disabled downloads on Plus-sized devices for the time being until he can implement a fix. It still works on non-Plus devices, and a future update will soon bring support for all devices.

If you meet the criteria and would like to give StyloPowerDown a try, you can download it for $1.00 from Cydia’s BigBoss repository right now. The tweak is intended for jailbroken iOS 10 devices only.

Do you like any of the bundled themes more than the stock iOS 10 power down interface? Share why or why not in the comments section below.