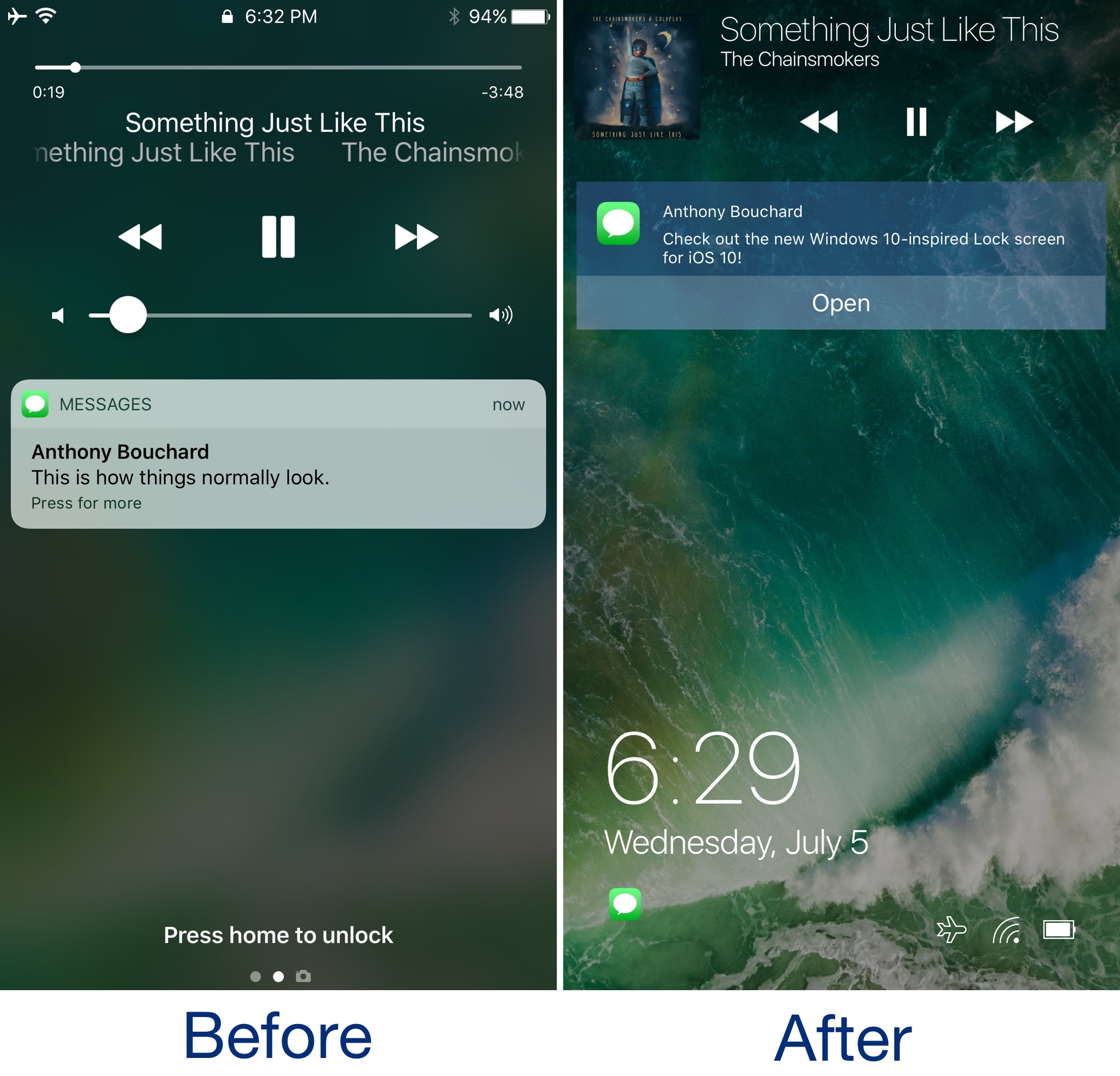 We’ve seen tons of Lock screen replacements for jailbroken devices over the years, but for the first time, a new jailbreak tweak dubbed Ventana by iOS developers CoolStar and Jeremy Goulet brings a highly-polished Windows 10-like Lock screen to iOS 10 devices.

As shown above, this tweak is nothing short of a full redesign for the Lock screen, and includes a refreshed look and feel for the date and time indicator, incoming notifications, and Now Playing music interface.

The Ventana Lock screen brings a host of new aesthetics to the Lock screen that span beyond just the look of the basic elements; it also changes the way you unlock your device by allowing you to swipe up from the bottom of the screen:

Note: your passcode or Touch ID is still required if you have your device secured.

The tweak automatically groups similar notifications together and provides uninterrupted access to Siri suggestions and Today widgets, all of which could be accessed prior to installing the tweak.

Ventana also adds a preferences pane in the Settings app where you can configure some options: 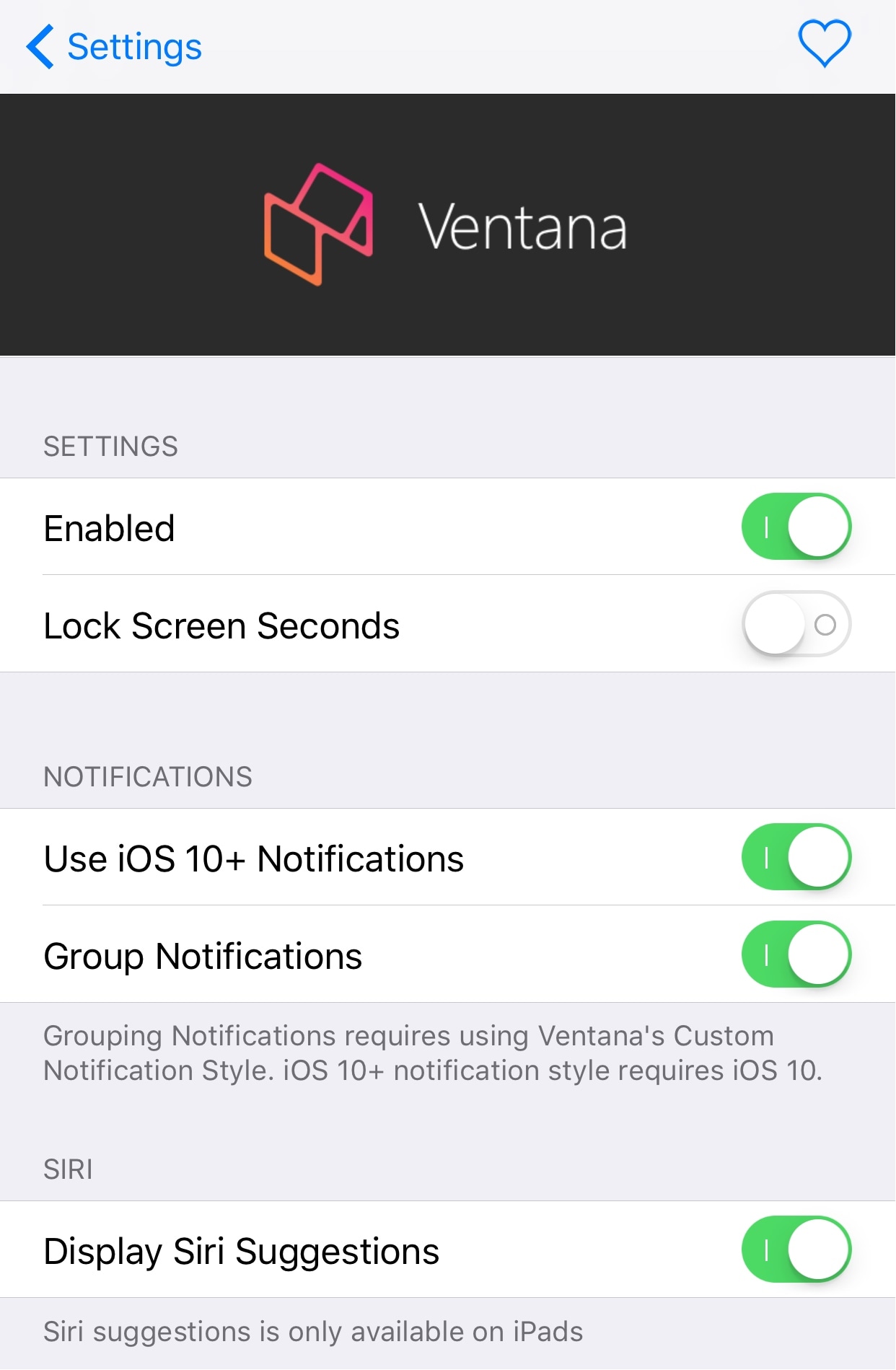 Among the things you can tinker with here are:

Once configured, the effects will take place immediately without the need to respring your device.

It’s worth noting that Ventana works on both iPhones and iPads. While the developer thinks the tweak looks best on iPads given the appeal of the Windows 10-style interface, which is normally wider than it is tall on PCs, I think it looks and works just as well on iPhones despite being scaled down to accommodate for the smaller screen real estate.

If you’re interested in trying Ventana, you can download it for $1.99 from Cydia’s BigBoss repository. As one of this year’s most original-looking Lock screen UI replacements for jailbroken iOS devices, I would say it’s worth every penny. Ventana also works on jailbroken iOS 8, 9, and 10 devices, which means lots of jailbreakers have access to it.

What are your thoughts on the way Ventana transforms the iOS Lock screen? Share in the comments section below!