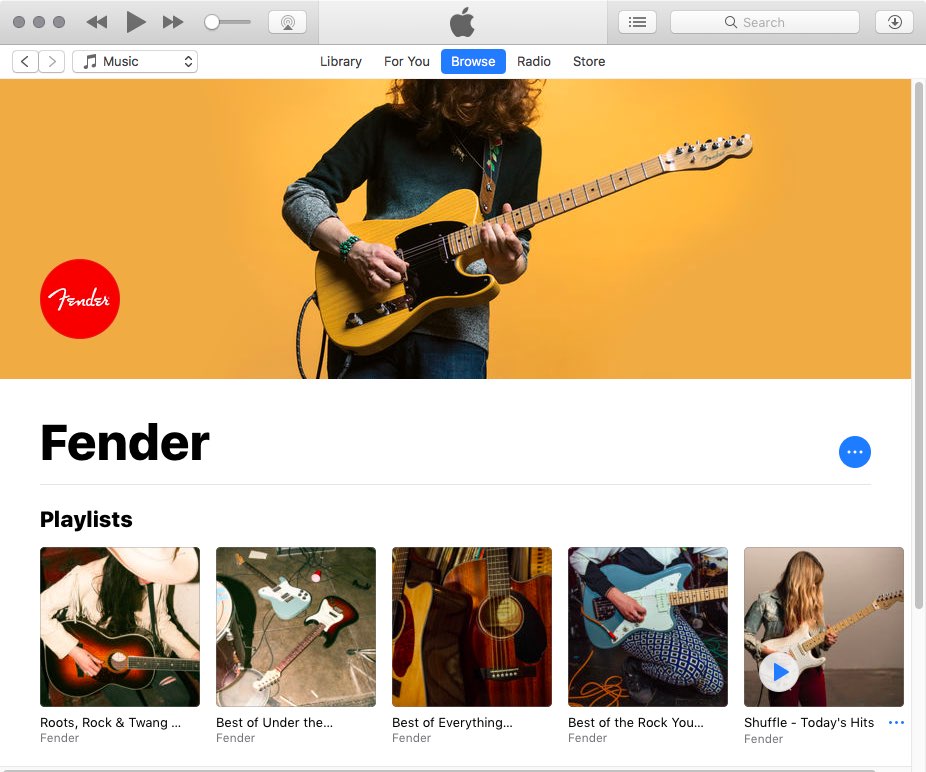 We’re pleased to partner with Apple to bring a Fender-curated music experience to long-time Fender fans and those just discovering the brand. These five new playlists honor a diverse range of iconic artists and visionaries, and an emerging generation of artists, who are driving guitar and music forward.

The following playlists from Fender are available on Apple Music:

According to Fender, its guitar lessons app for iPhone and iPad as well as the Fender Play web app can teach users to play their first song in minutes, as Engadget reported today.

These apps put the “songs you love, world-class instructors and bite-sized lessons from the most trusted brand in guitars” at your fingertips.

As Apple Music recently celebrated its second anniversary, the service is still heavily focused on promoting rap and hip-hop music, with its Beats 1 24/7 global Internet radio station almost exclusively focused on the genre.

The Verge said in August 2015 that Apple’s licensing contracts with rights holders include permissions for up to five additional Beats stations.