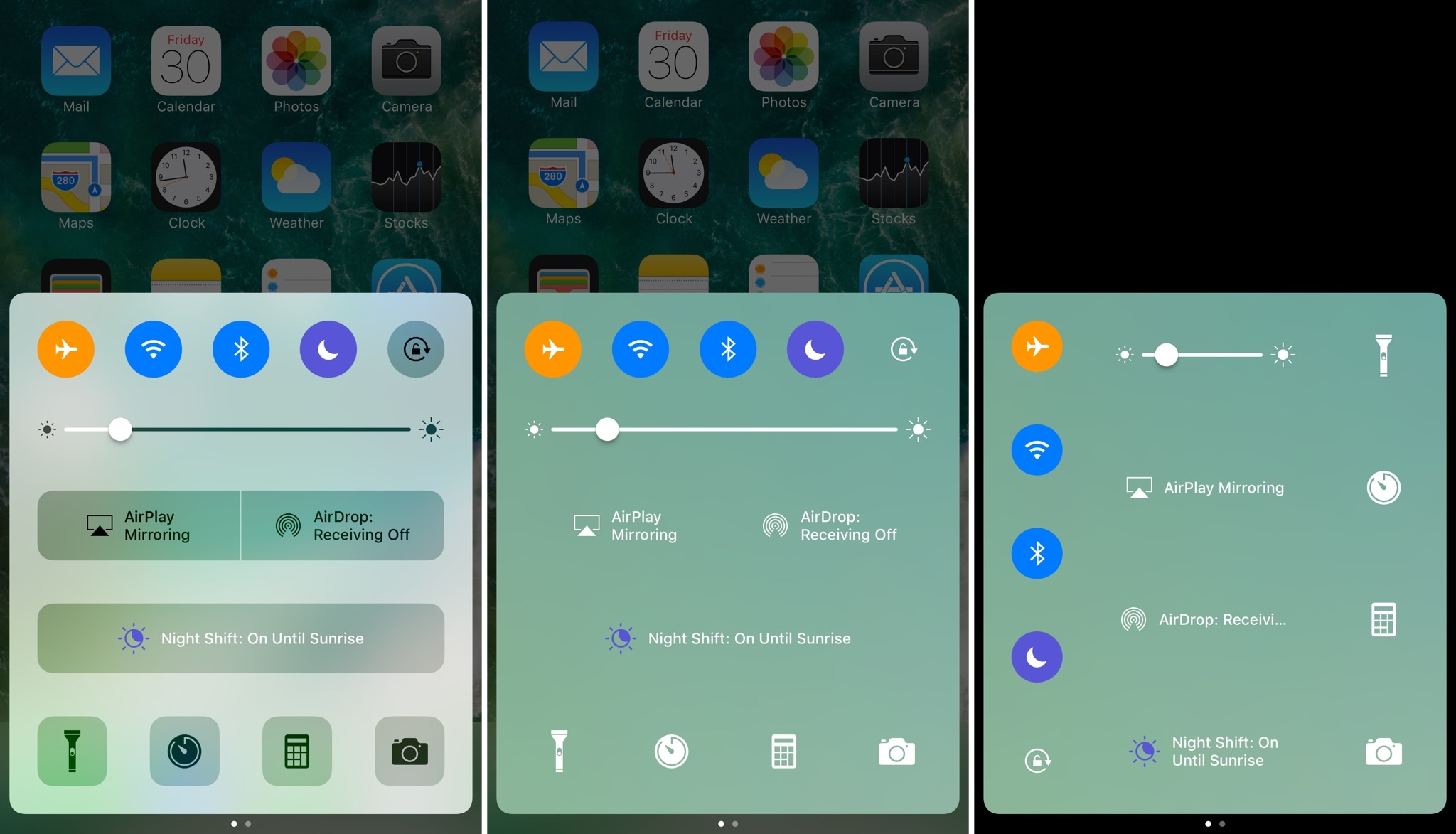 One of the benefits of having a jailbreak is being able to give your iPhone a new look and feel that’s different from every other average Joe on the block. A new free jailbreak tweak dubbed CCSmooth10 by CydiaGeek takes aim at the Control Center interface with this concept in mind.

This tweak comes with a host of options that can make Control Center look totally different than it does out of the box. Its effects are purely cosmetic rather than functional, but to say you can get some awesome effects out of the tweak is an understatement.

Once installed, CCmooth10 adds a preferences pane to the Settings app where you can change your appearance options: 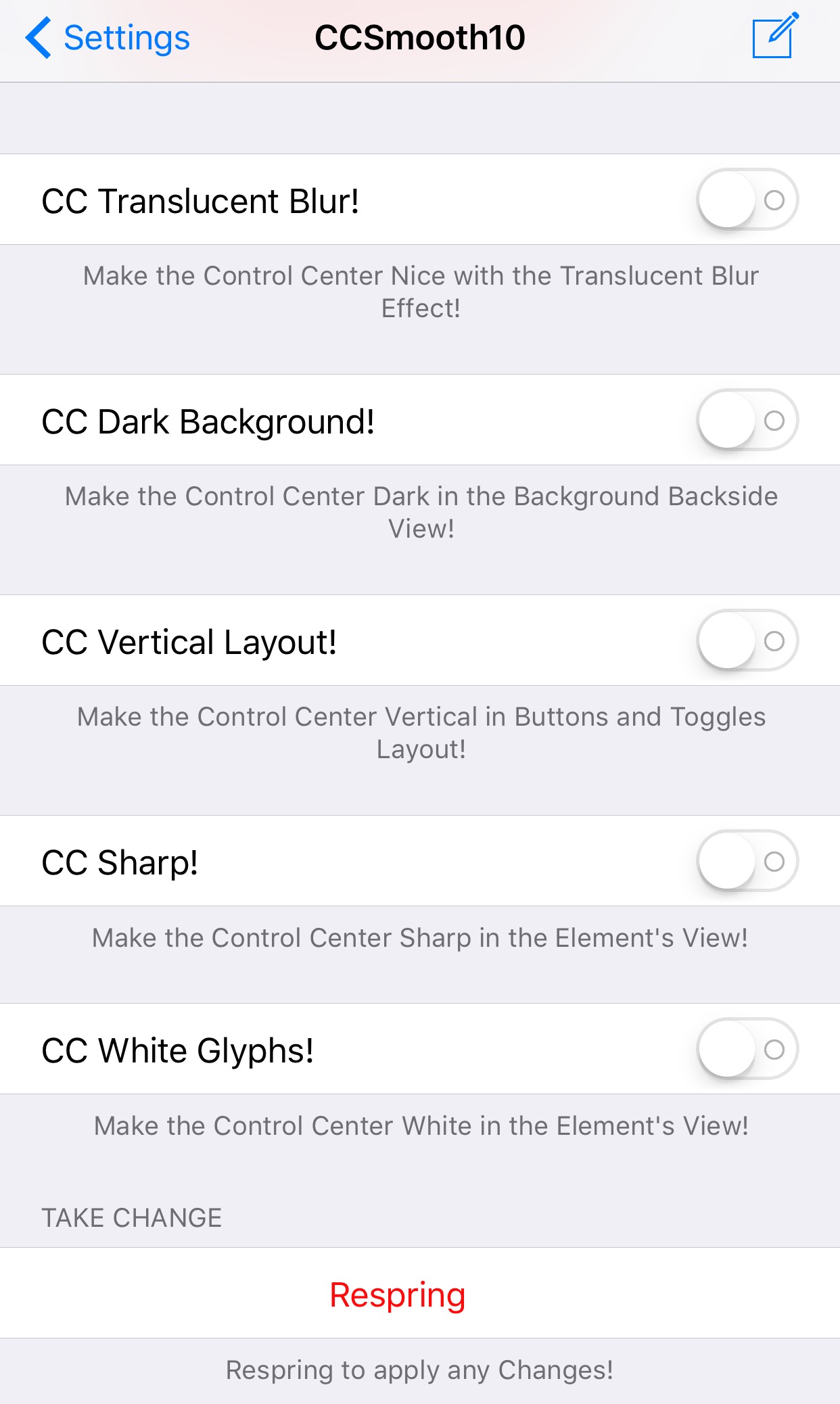 Among the options available, are:

A respring button is included in the preferences pane for your convenience, as respringing is necessary to save your changes.

You can toggle all the options on at once, or you can mix and match them; it all comes down to personal preference. Your mileage may vary when compared to our examples, as the appearance will all depend on the options you’ve enabled.

Personally, I like the vertical Control Center option the most, followed by the translucent blur effect and white glyph effects as close seconds. I can really take or leave the other options, but perhaps other users will find a better use for them.

If you’re interested in trying CCSmooth10, you can grab it for free from Cydia’s BigBoss repository right now. The tweak is made to work with all jailbroken iOS 10 devices.

Are you excited about any of the Control Center customization features that come bundled with CCSmooth10? Share what and why in the comments below.