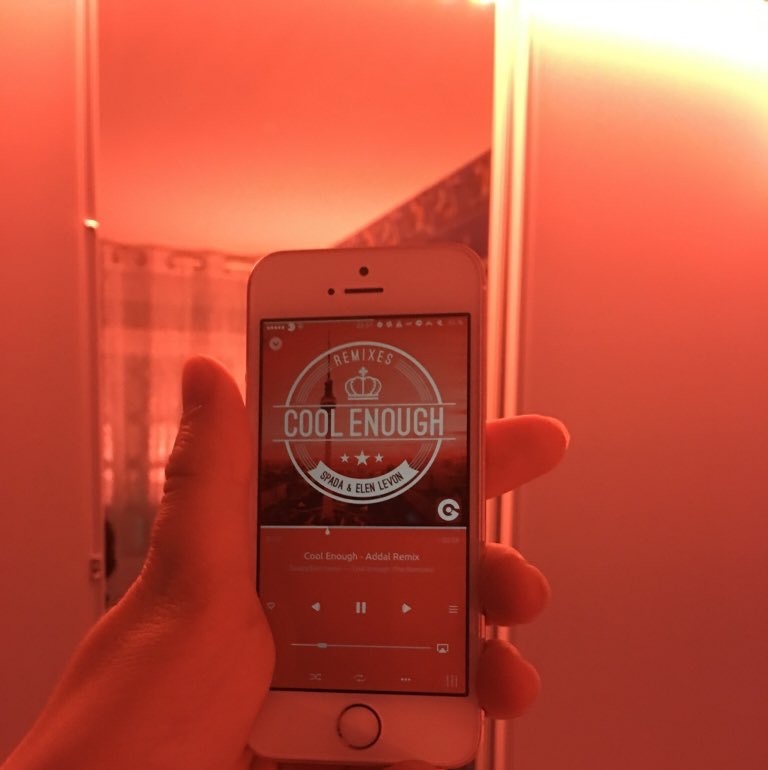 Every so often, a jailbreak tweak emerges that lets you do something out of the ordinary with your iPhone, and a new release called Ambiance by iOS developer Ziph0n is a testament to such tweaks.

Ambience links your jailbroken iPhone and Phillips HUE smart light bulbs together in new and exciting ways, immersing your entire room with color effects based on what you’re doing on your device at a given time.

It comes with both a music mode and a screen mode, both of which perform differently based on how you’re using your device.

Music mode signals to your Phillips HUE bulbs to change color based on the dominant color of your Now Playing album artwork, while screen mode updates your lighting conditions based on the colors showing on your screen at a given time; the latter is great for gaming.

Unfortunately, I don’t have any Phillips HUE bulbs of my own at this point in time, so I’ve included the developer’s demonstration video below so you can see how it works:

You can see on the MacBook, which has its iSight camera focused on the ceiling, that the Phillips HUE bulb changes colors to stay in sync with what’s on the iPhone’s display, and it does so in real time. This creates an immersive experience for the user that makes the entire room you’re sitting in feel like a part of the game.

For example, when playing a game on the iPhone and the background is mostly red, the HUE bulb turns red; conversely, if the game’s background turns blue, then the bulb turns blue. You get the drift…

Ambiance adds a preferences pane to the Settings app where you can configure a number of options: 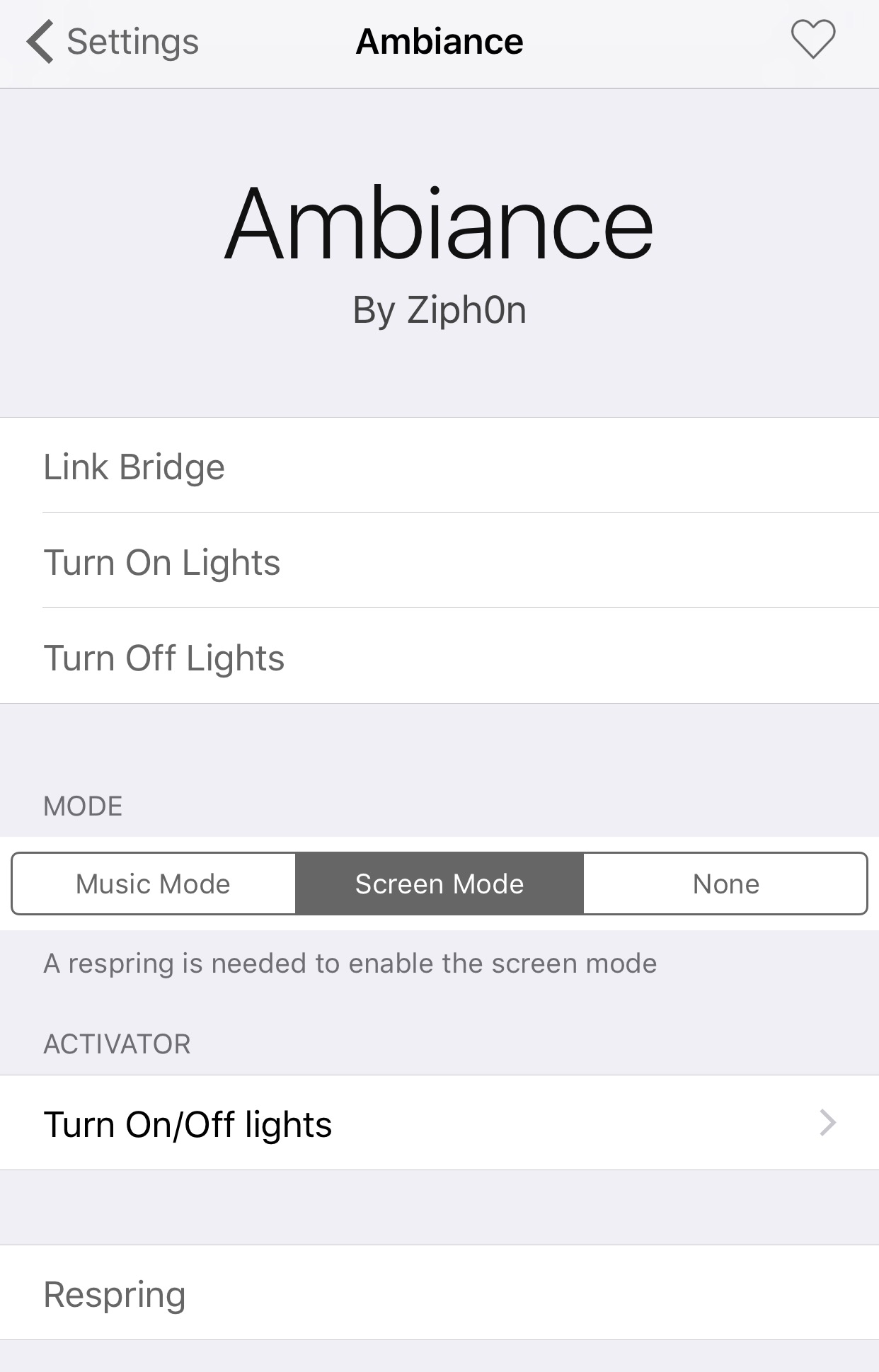 A respring button is included at the bottom of the preferences pane so that you can save your changes.

The developer made it super simple to switch between modes. This lets you turn it off for a period of time and then start using it again whenever you want to. It also makes it easier to move between modes for playing music or games, depending on what scenario you prefer to be in.

Ambiance can be downloaded for $0.99 from Cydia’s BigBoss repository, but do keep in mind that a Phillips HUE lighting system is required for this to work, which is a separate purchase altogether. Ambience works on all jailbroken iOS 9 and iOS 10 devices.

Do you like the idea of your Phillips HUE lighting system dynamically changing based on what you’re doing on your device? Share in the comments section below.