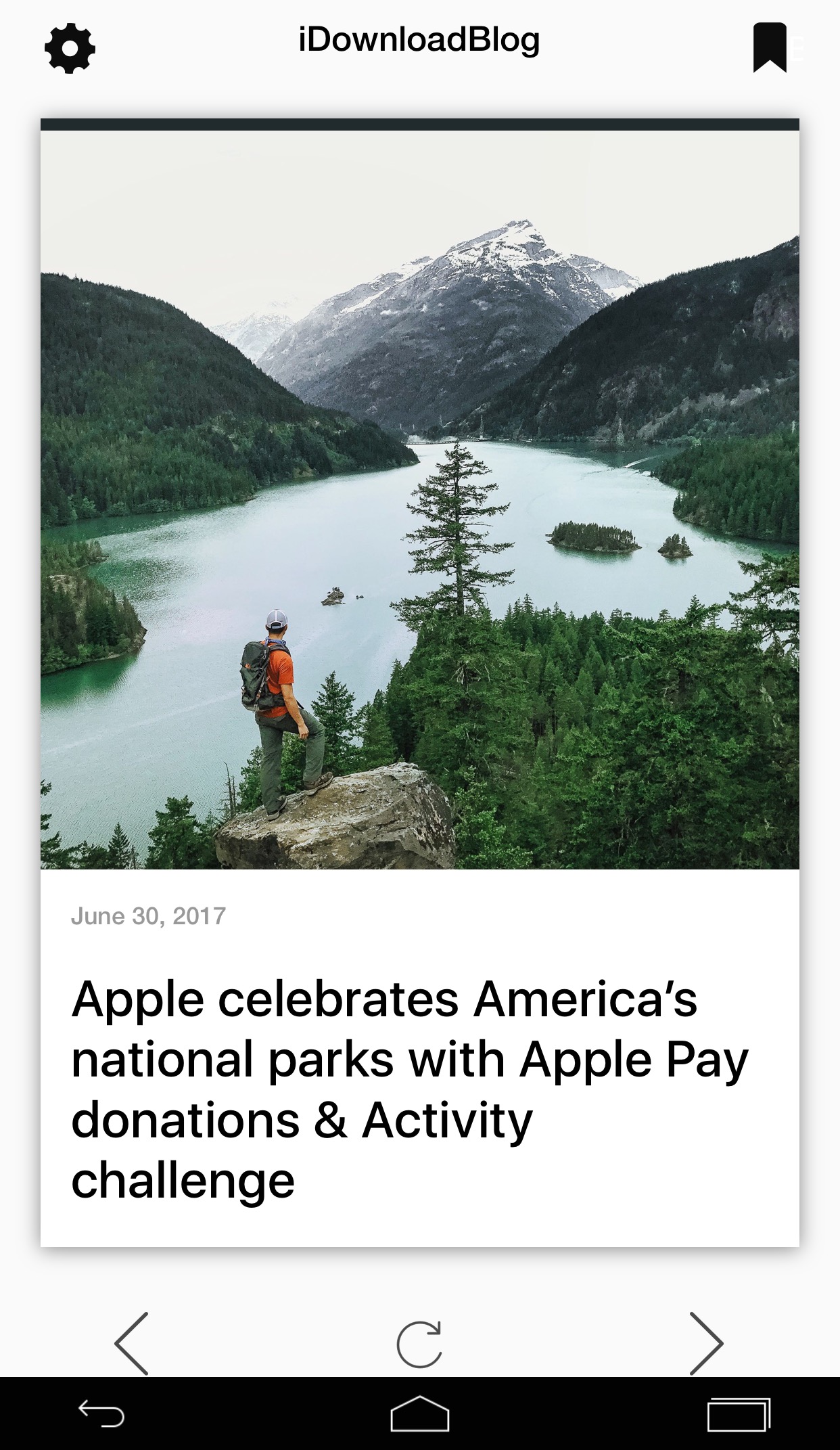 Available on a wide variety of Android handsets is the bottom navigation bar, and with a jailbreak tweak called AlternateControls 2 by iOS developer Ian Burns, you can bring this functionality to your iPhone as well.

AlternateControls 2 can be configured via the new preferences pane you’ll find in the Settings app:

Among the things you can configure here are both aesthetic and functional aspects, including:

Setting an Activator gesture is a good idea, as I find it’s the quickest and easiest way to hide or show the interface on demand with a gesture of your choice.

When it comes to configuring aesthetics, you can choose your own colors and icons, based on what you prefer from the available options: 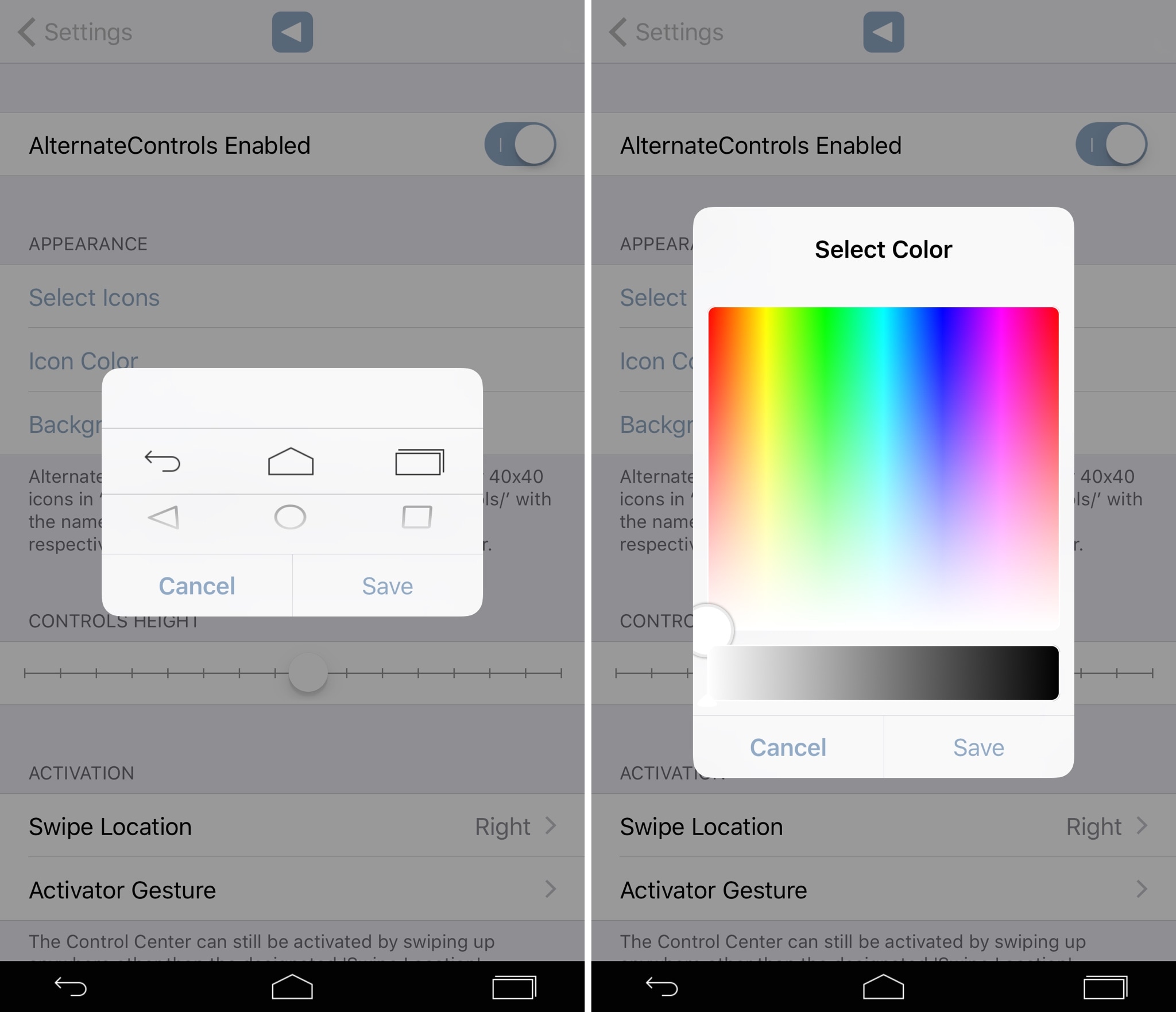 You can mix and match any of the icons rather than changing all three at once, which means you can really go crazy with icon configuration. For colorization, a color picker lets you choose from a seemingly endless grid of possibilities.

While the bottom navigation bar won’t be everyone’s cup of tea, especially if you’re a hardcore iOS user, anyone that might’ve used Android previously may appreciate having it there for old-time’s sake. Then again, if you’re used to the way iOS works, you might be asking yourself, “Why?”

Realistically, the tweak doesn’t come with any new functionality that you can’t already achieve via Breadcrumbs links or the Home button, so it just comes down to whether or not you like the idea of the virtual button bar being at the bottom of the screen akin to Android devices.

If you want to give AlternateControls 2 a try, you can download it for $1.49 from Cydia’s BigBoss repository; moreover, it’s a free upgrade for anyone who already owns the original AlternateControls. The tweak works with jailbroken iOS 10 devices only.

Are you a fan of the bottom bar? Share why or why not in the comments section below.