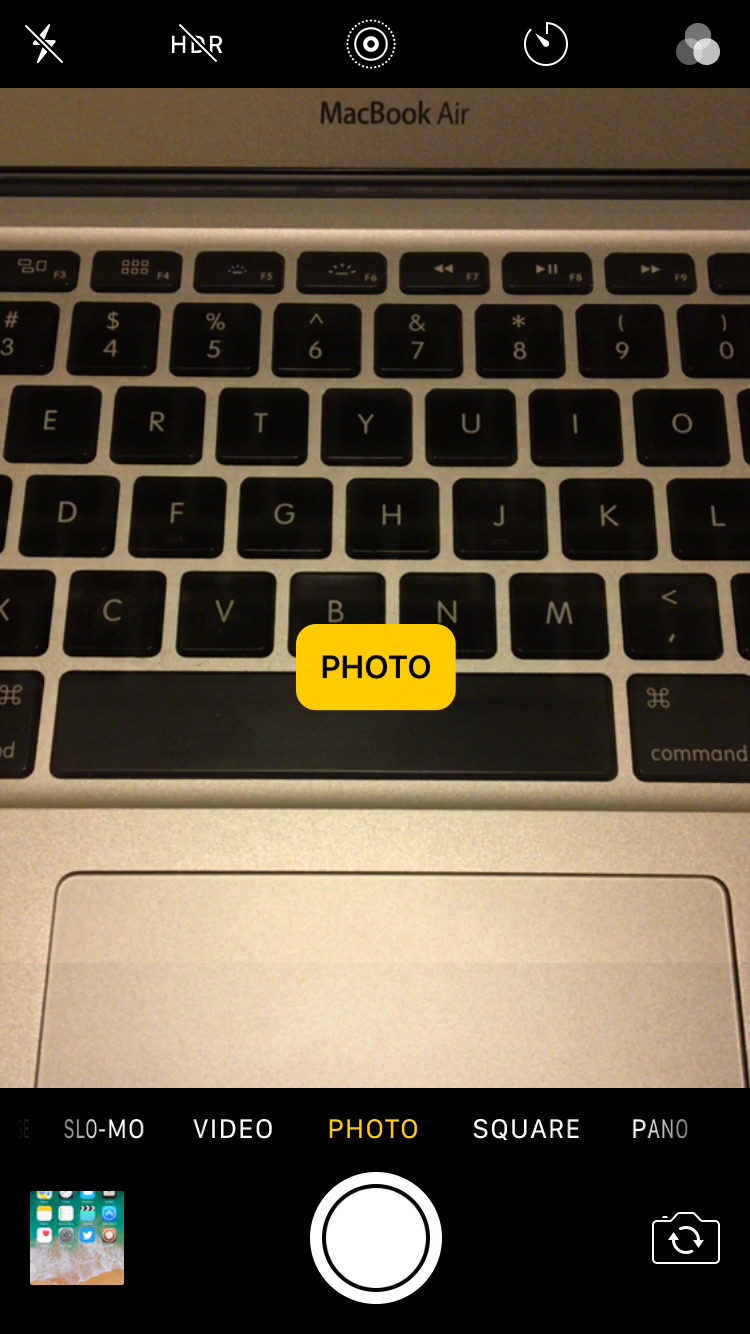 The Camera app in iOS has a host of different shooting modes that you can switch between by swiping left or right in the viewfinder frame.

The carousel selector just under the frame displays the shooting mode you’re currently using, but iOS could do a much better job communicating this information with the user, especially in the wake of accidental swipes. Developer Cole Cabral agreed, and so he made a new free jailbreak tweak called CamMode.

With CamMode installed, a new heads-up display (HUD) appears whenever you change shooting modes in the Camera app. As shown above, it’s very similar in regard to the minimalist design to the HUD you see when your rear-facing LED flash is turned on.

An indicator is displayed for every shooting mode available, including:

The HUD only appears for a fraction of a second before fading away with a brief animation. Fortunately, this means it doesn’t get in the way of your photography by any stretch.

When you install the tweak, a new preferences pane is added to the Settings app: 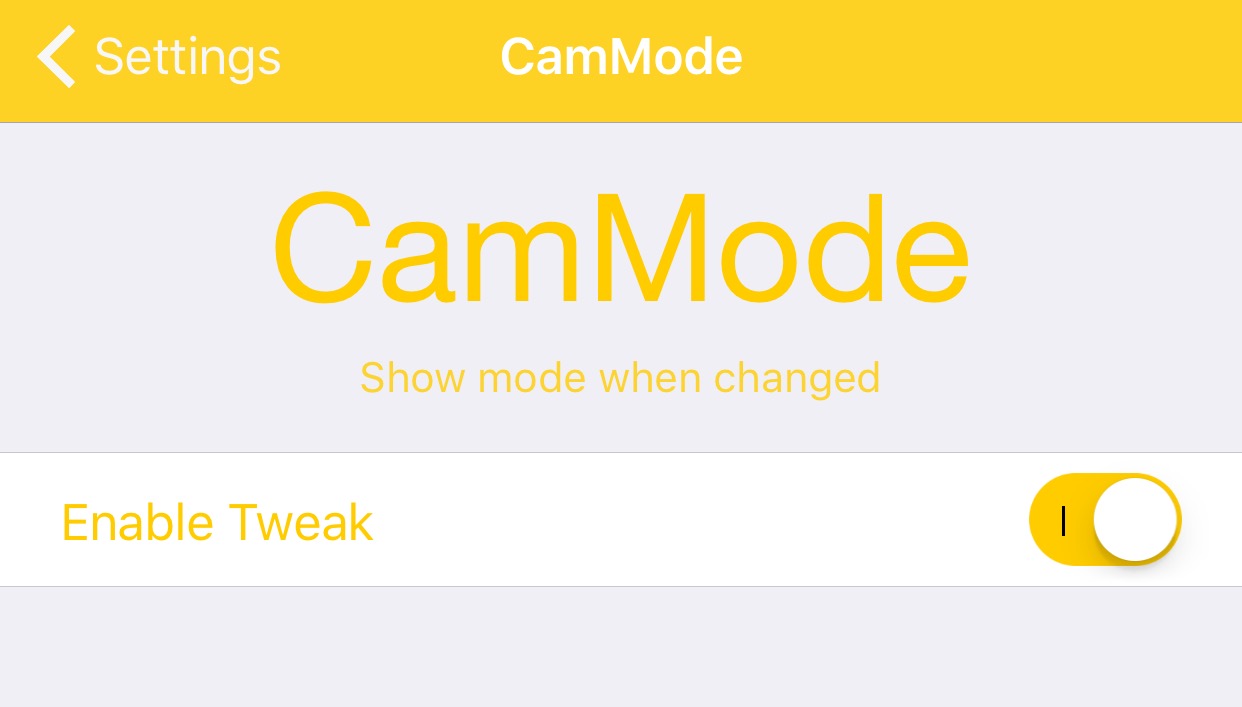 Here, you can toggle the tweak on or off on demand, which is a nice touch if you temporarily need an uninterrupted photo-shooting experience for certain high-attention scenarios.

The tweak is purely aesthetic, and so won’t be for everybody. Some will see it as redundant information since the carousel selector below the frame already displays the mode you’ve selected. Nevertheless, it’s an added element of the UI that’s sure to get your attention more easily, so others might like seeing it for peace of mind.

If you want to download CamMode, it’s available for free from Cydia’s BigBoss repository. The tweak works on jailbroken iOS 9 and 10 devices.

Do you like the idea of a HUD that displays the camera shooting mode more robustly? Share in the comments section below!