Microsoft’s Surface Book notebook/tablet hybrid from a couple of years ago scored a 1/10 rating on iFixit’s repairability scale, but the company’s new $999 Surface Laptop, introduced in May, scores even worse: 0/10. According to the repair experts over at iFixit, a teardown analysis of Microsoft Laptop has found an utterly unrepairable device.

“It’s a Russian nesting doll from hell with everything hidden under adhesive and plastic spot welds,” wrote iFixit. “It is physically impossible to nondestructively open this device.”

Not only are there no screws holding the case together, meaning prying apart the Alcantara fabric damages it permanently, but the internals are glued down as well, including the keyboard, the motherboard and even the battery, which is glued directly to the case. 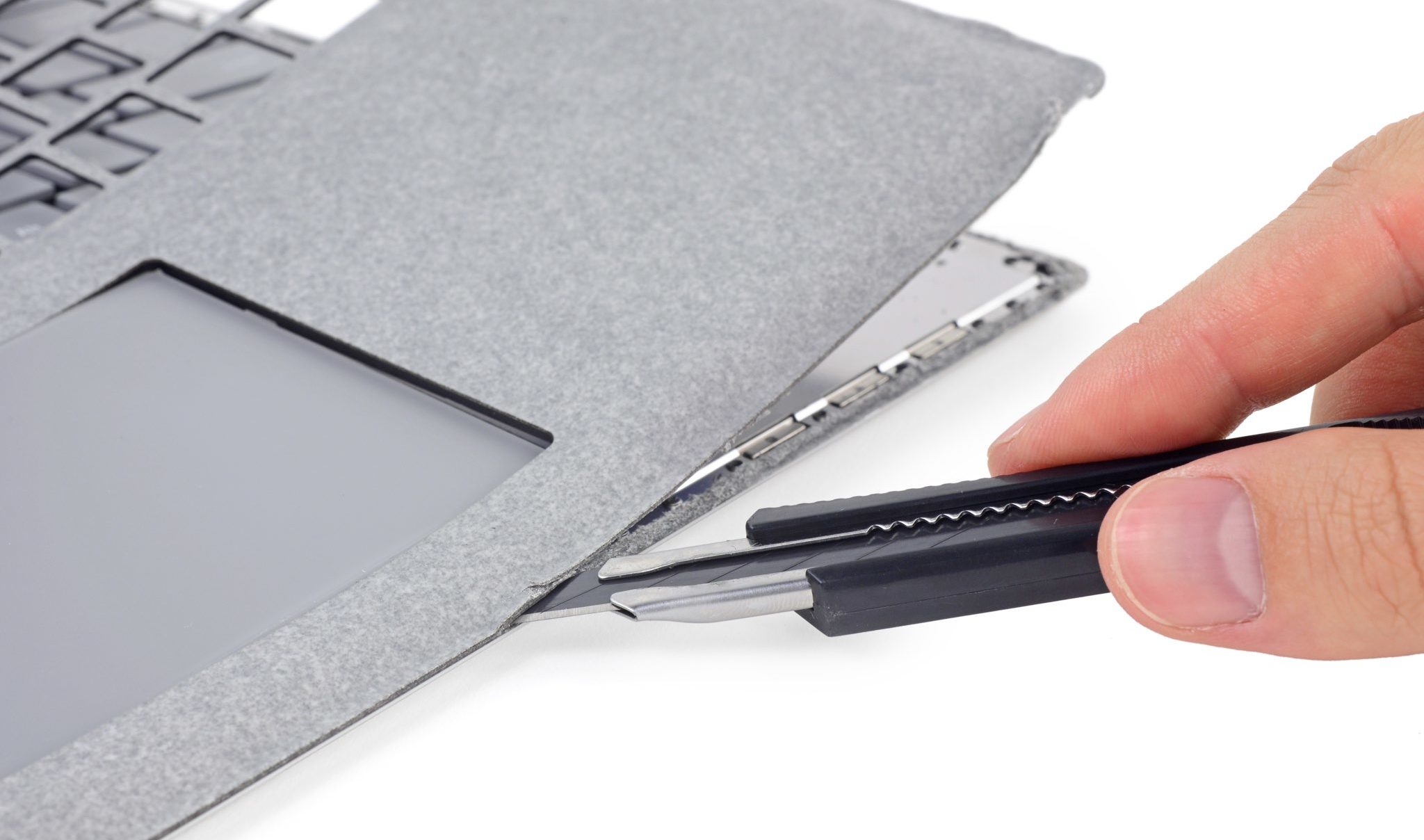 Speaking of which, the battery was boosted from a two-cell 38.2 Wh battery to a four-cell 45 Wh one, a nearly 18 percent increase in battery capacity over the previous model. To squeeze in a bigger battery, Microsoft’s engineers have ditched the removable blade SSD.

“Good luck if you need to recover your data from a bricked device,” warns iFixit.

Verdict: The Surface Laptop is not a laptop. It’s a glue-filled monstrosity. There is nothing about it that is upgradable or long-lasting, and it literally can’t be opened without destroying it. (Show us the procedure, Microsoft, we’d love to be wrong.)

The device’s redesigned passive cooling and a four-armed “beast of a heat sink” allow Intel’s Core i5 to run fanless. iFixit has also determined that Alcantara, the fabric used on the keyboard, is not “as stinky as rumors claim,” but cautions that the material looks liable to get nasty once your hands start sweating all over it.

Bottom line: no matter how hard you try, you’ll never be able to fix or change the components because Surface Laptop is totally unrepairable and non-upgradable.