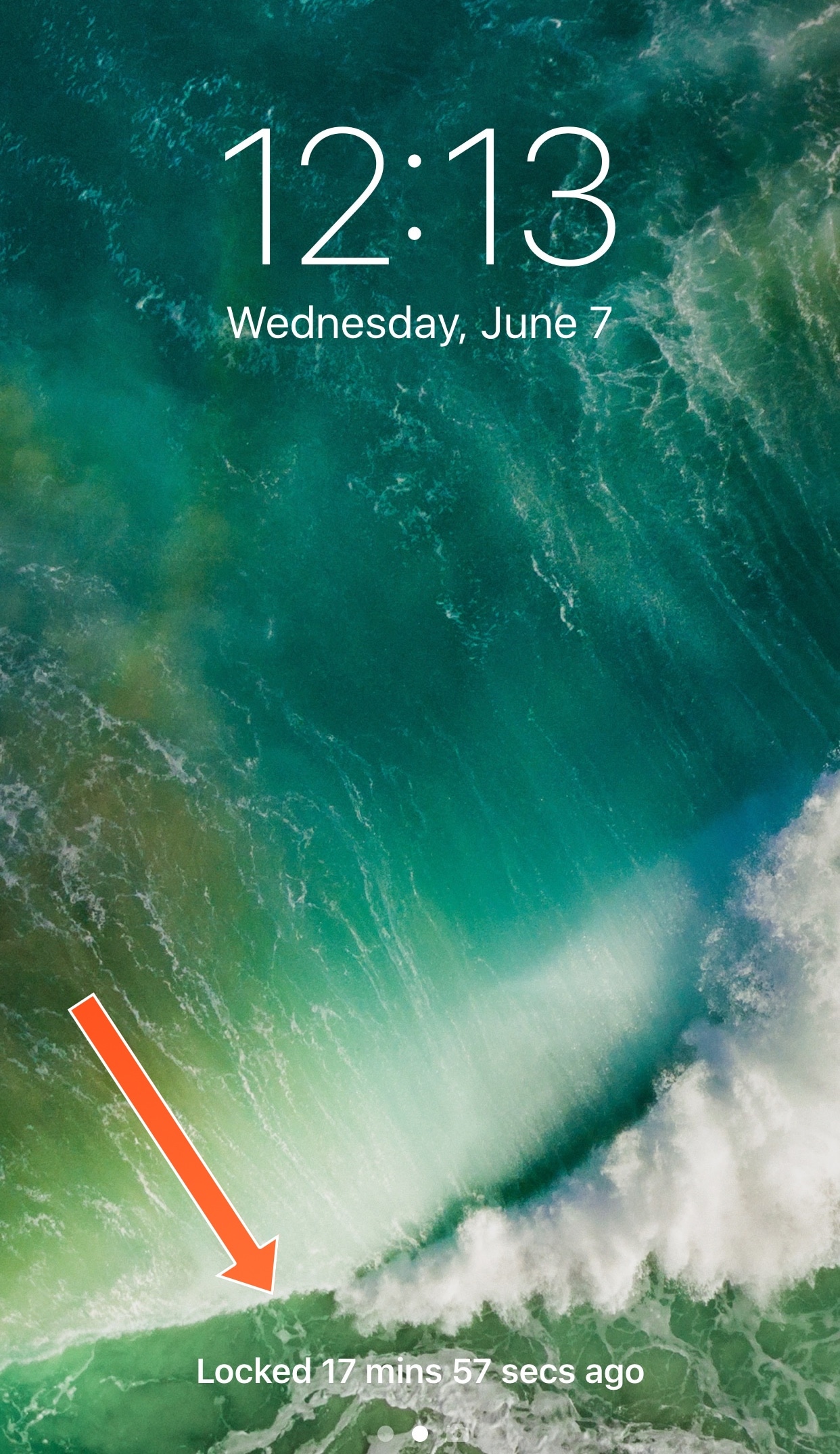 In April, we showed you a tweak dubbed LastTimeUnlocked that replaced the ‘press home to unlock’ text on the Lock screen with an indicator of when your device was most recently unlocked, and now a new free jailbreak tweak called LastLocked by iOS developer NeinZedd9 is taking on the opposite end of the spectrum.

This information is displayed at the bottom of the Lock screen in place of the stock ‘press home to unlock’ text, which means the the indicator not only looks natural, but it’s subtle enough that most people besides you won’t even notice it’s there.

LastLocked works well as a security measure since it can help alert you to when your device is being used without your knowledge and it makes a great trap you can set to find out what’s going on with your device behind your back.

If you suspect a friend or significant other knows your passcode and is using your device without your permission, or you have a family-oriented device that you don’t want your kids sneaking out to use after bedtime, LastLocked lets you know when it was last used and you can gather ample evidence to support your suspicions.

Unlike LastTimeUnlocked, which let users customize the text string on the Lock screen, LastUnlocked doesn’t have any options to configure. You’re stuck with the text format the developer gives you, which may be a turn-off for those who like additional customization features.

If keeping track of when your device’s usage is on your to-do list, you can definitely count on LastLocked to help you do it. It’s available for free from Cydia’s BigBoss repository and works on all jailbroken iOS 10 devices.

Do you like the idea of being able to see when your device was most recently locked right from the Lock screen? Share in the comments section below.