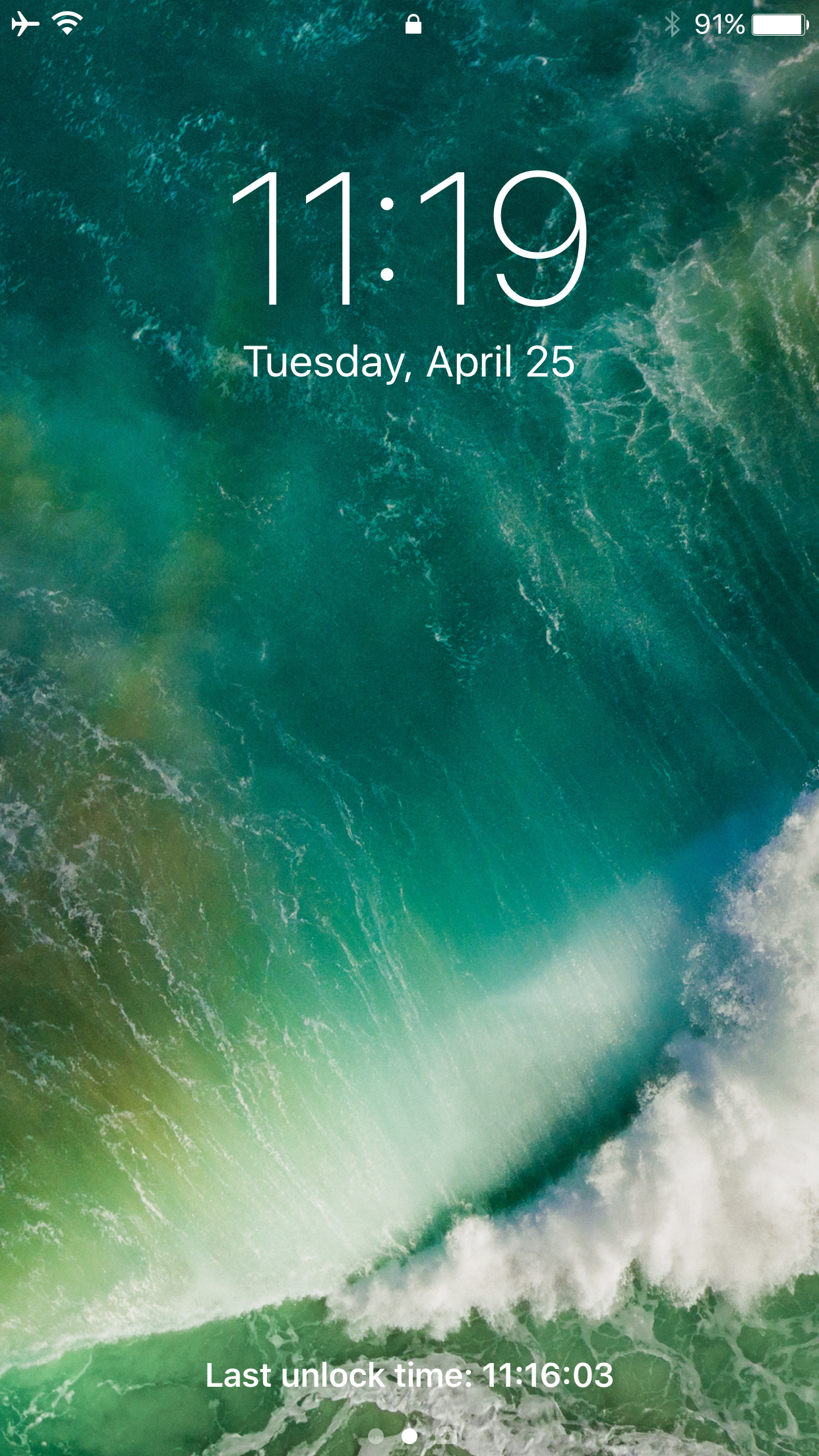 Do you really know when the last time your iPhone was unlocked? You might assume no one else knows your passcode, but it would be very easy for a family member or friend to unlock your device if they knew what it was and you left it unattended long enough.

A new free jailbreak tweak called LastTimeUnlocked by iOS developer ijapija00 works to your advantage in these scenarios by showing you exactly when your device was last unlocked.

As shown above, the tweak displays a text string at the bottom of the Lock screen with a timestamp of when the device was most recently unlocked.

The tweak adds a preferences pane to the Settings app where you can toggle it on or off on demand and change the text string to anything you want: 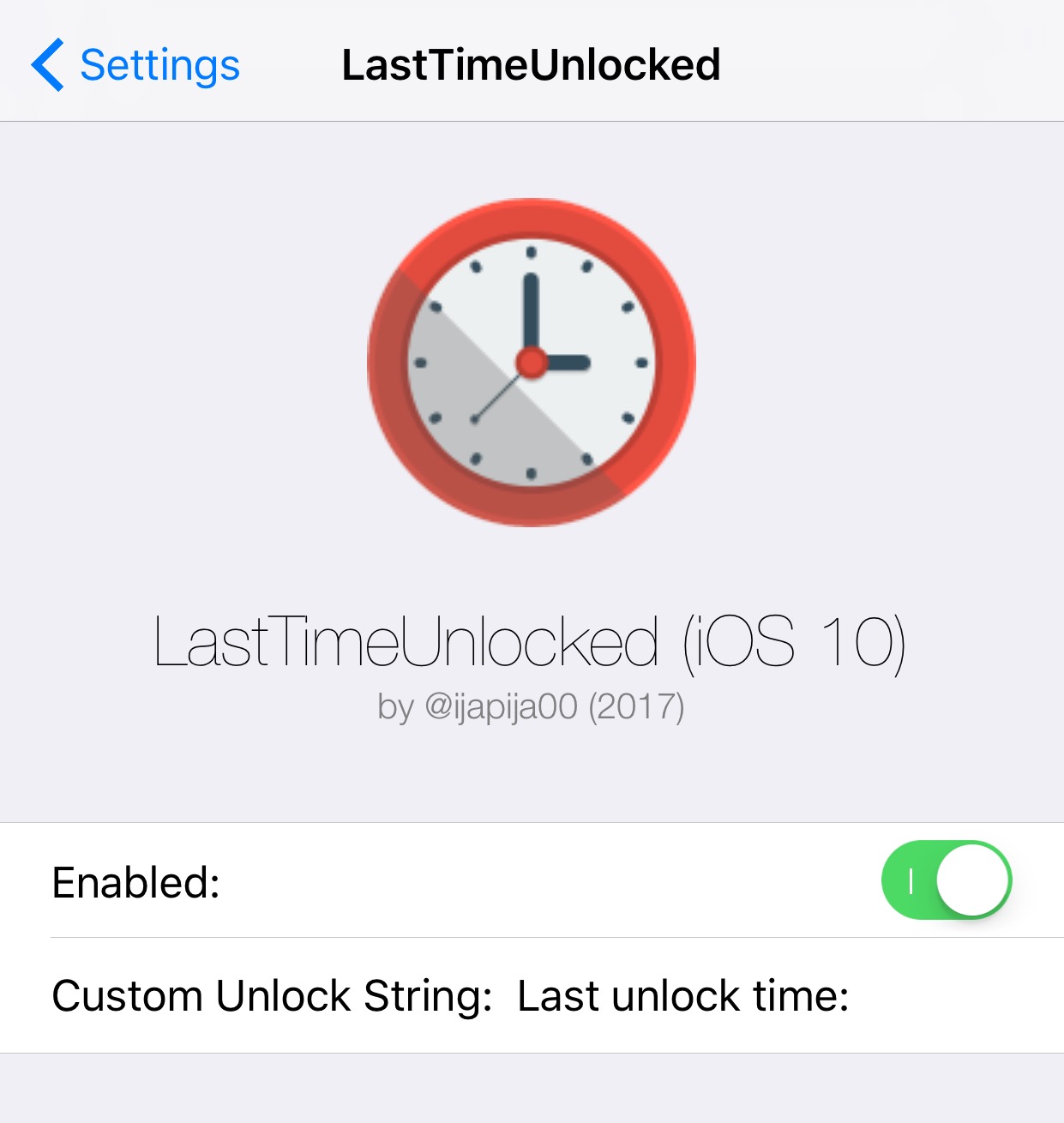 Because you can change the text string yourself, you can easily change the language yourself to anything besides English. You can also set the text to something inconspicuous so no one else knows what the timestamp actually means.

For the added peace of mind in knowing whether or not your device is being used when you’re not looking, having this tweak in your arsenal can be potentially useful, especially for those who live with large families or trust their closest friends with their passcodes.

It can also be useful if you have a ‘family-oriented’ device, such as an iPad, that everyone shares. For parents, this will serve as a way to know if the iPad is getting used by children during hours when it shouldn’t be. After all, kids can be sneaky.

Overall, I particularly like how simple the tweak’s execution is. With just a lone toggle switch and a way to customize the text, it’s simplicity at its finest. It’s also subtle how the information is displayed on the Lock screen where the ‘press home to unlock’ text normally appears, so things continue to look pretty ordinary to the untrained eye.

The developer cites high request volumes on Reddit behind his motivation for developing LastTimeUnlocked (iOS 10), and if you’re among the many people who wanted this functionality, you’ll be happy to know it can be downloaded free of cost from Cydia’s BigBoss repository. The tweak works on jailbroken iOS 10 iPhones and iPads.

Do you like the idea of being able to see when your iPhone or iPad was last unlocked? Share in the comments section below.