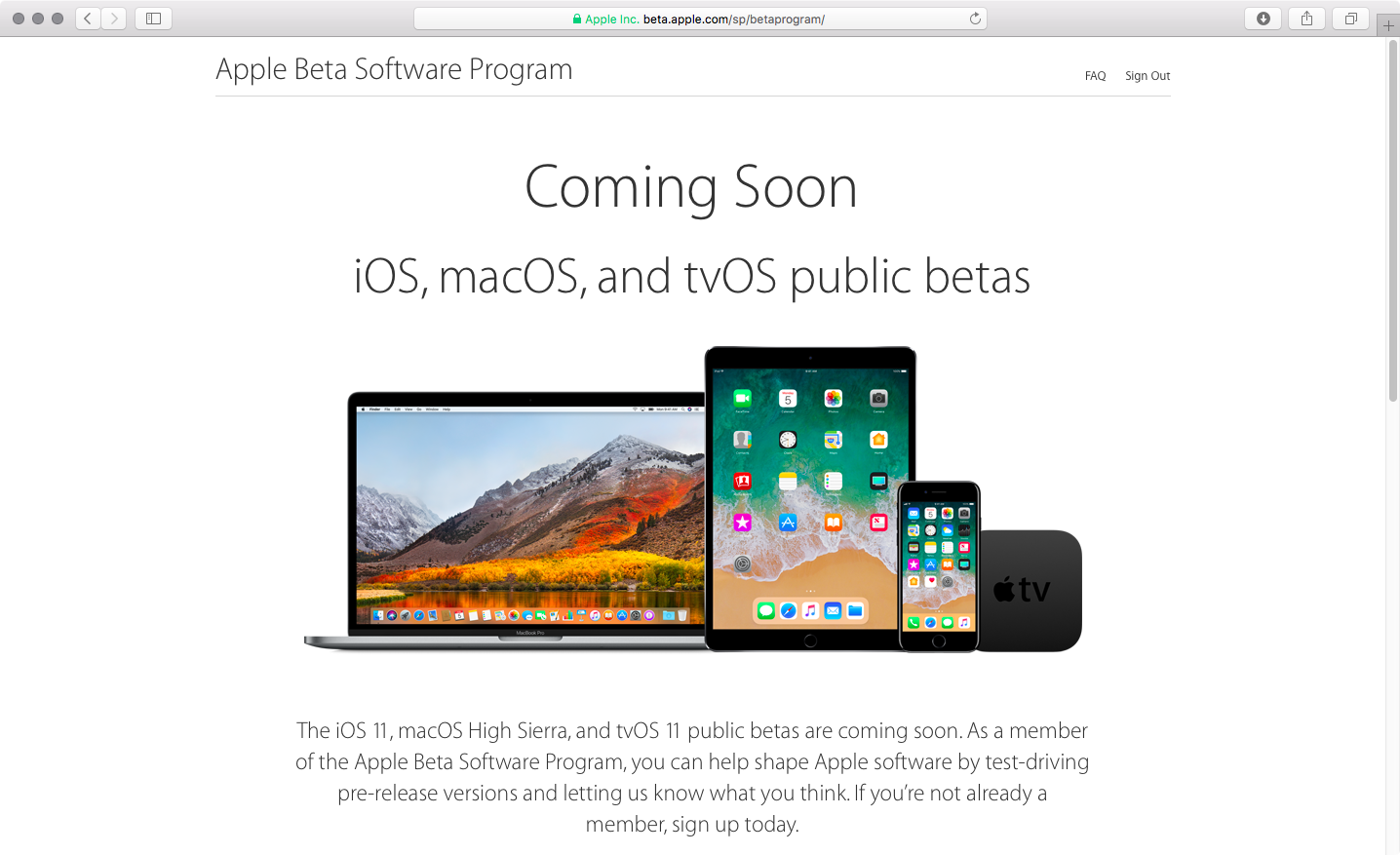 For the first time ever, Apple will now allow non-developers to install and test tvOS betas on their fourth-generation Apple TVs, starting with the first public beta of tvOS 11 to be issued later this month. Before this change, public beta testers could only install iOS and macOS betas.

To take advantage of the upcoming tvOS 11 public beta, you should enroll in Apple’s Beta Software Program by visiting beta.apple.com.

It’s unclear how public beta testers will install a tvOS 11 beta on their Apple TV.

Currently, developers must download the tvOS 11 beta installer and connect their fourth-generation Apple TV to a computer running iTunes using a USB-C cable. The tvOS software is initially side-loaded on the device through iTunes.

Subsequent updates are then available over-the-air.

“The iOS 11, macOS High Sierra and tvOS 11 public betas are coming soon,” reads a notice on the webpage. “As a member of the Apple Beta Software Program, you can help shape Apple software by test-driving pre-release versions and letting us know what you think.”

You can provide feedback directly to Apple using the built-in Feedback Assistant app.

Apple opened macOS and iOS betas to the general public back in 2014, with the releases of major visual makeovers in iOS 7 and macOS Yosemite.