Big news this afternoon as Apple has opened up its OS X beta program to the public. Before today, you needed a $99/year developer account to help test the company’s upcoming Mac software updates before they were widely released, but starting this afternoon, anyone can sign up for the ‘OS X Beta Seed Program.’

You can sign up here, and all you need is an Apple ID. Once enlisted, users can test out pre-release builds of Mavericks before they’re launched to the public and even submit feedback to Apple to help iron out the kinks. It’s not for everyone, but it’s great news for early adopters and those who enjoy sneak previews…

According to TechCrunch, the program comes with its own special utility software for installation on your Mac, which makes pre-release versions of OS X visible in the Updates tab of your Mac App Store. You’ll also have to agree to Apple’s Confidentially Agreement, meaning you won’t talk about unannounced changes. 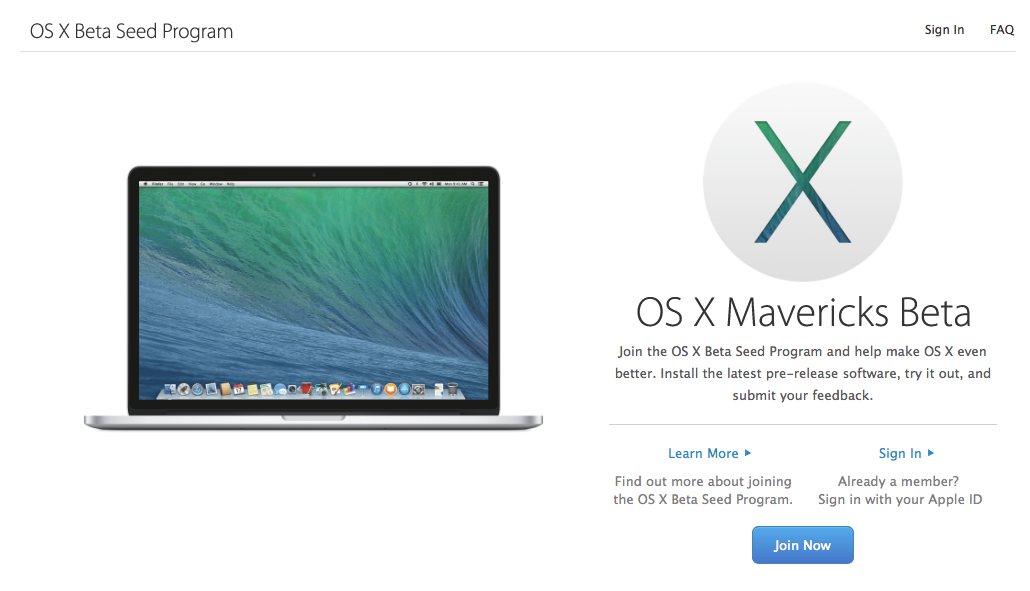 Today’s announcement is rather timely, given that WWDC is just a little bit more than a month away. Apple is expected to reveal the next version of OS X at the developer’s conference, and will likely release a preview build of it shortly after. So it’ll be interesting to see if Beta Seed users are given access to that stuff as well.

As of right now, Apple is working on OS X 10.9.3, and has thus far seeded multiple betas to developers. The update is going to bring about a handful of changes, including a new native ‘Retina’ resolution option for 4K displays, therestoration of the ability to sync contacts and calendar info locally and other improvements.