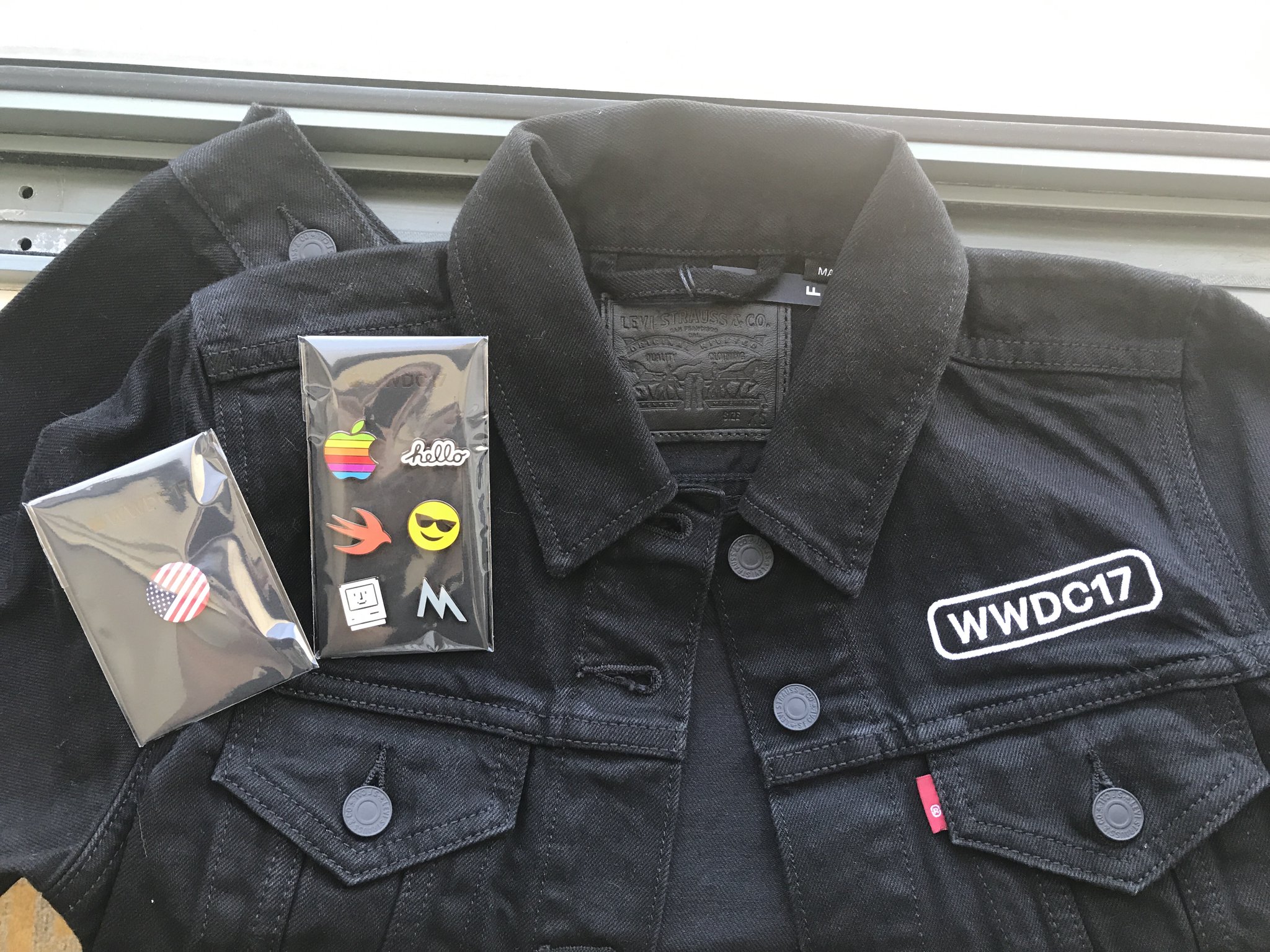 Apple’s annual developers conference is set to kick off with a live-streamed keynote at 10am Pacific Time and several developers have now shared images of the swag they’ve received at this year’s conference. As reported by AppleInsider and MacRumors, the company is giving out custom Levi’s jean jacket and an assortment of collectible Apple-themed pins.

The black jacket, provided in sizes for both men and women, is embellished with a custom WWDC17 logo and has two interior pockets that Twitter users reported being large enough to fit an iPhone 7 Plus. To add to the WWDC swag, Apple is also including some sweet pin packs, plus a personalized pin for each developer to signify their home country. 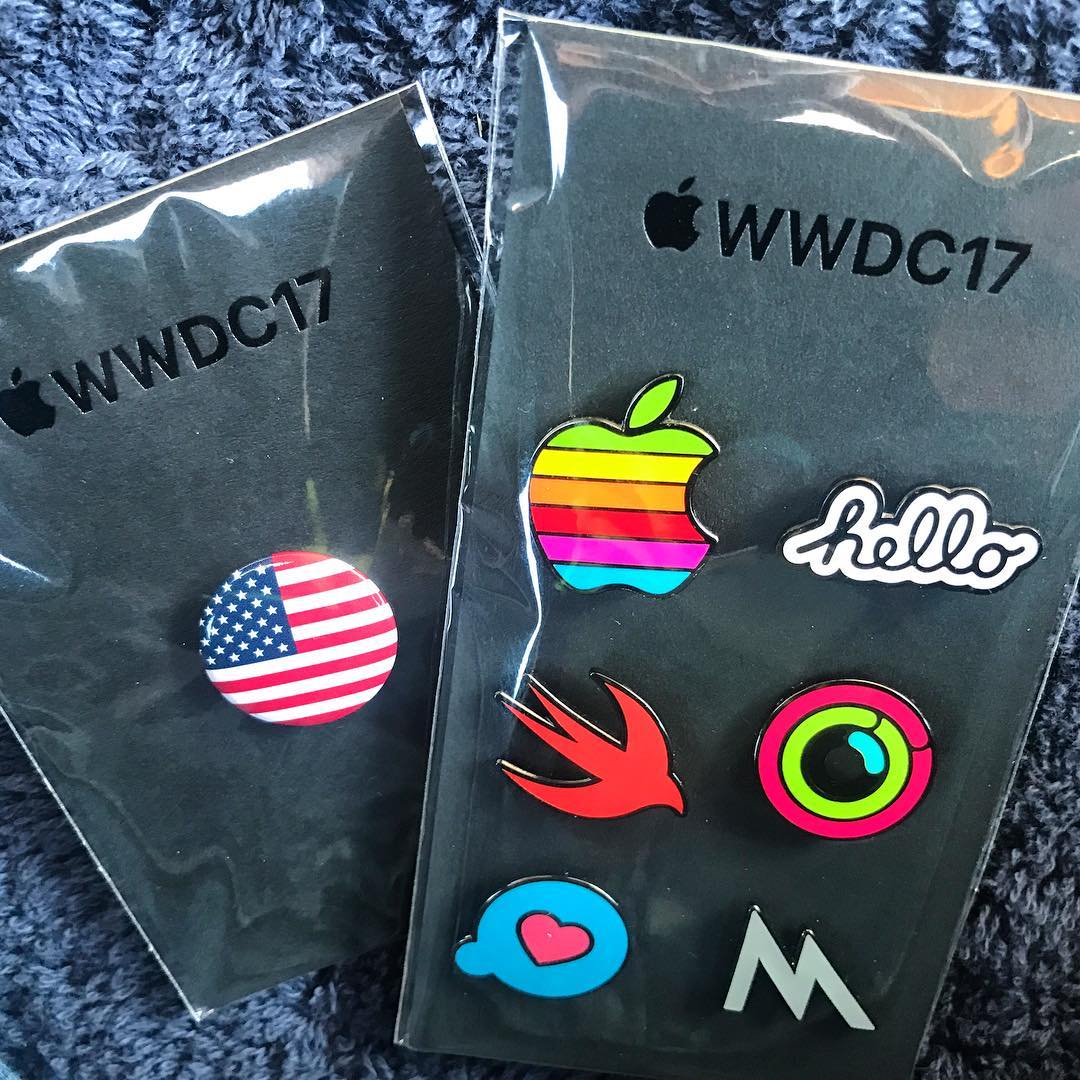 Some of the designs for these collectible pins include the vintage rainbow-themed Apple logo, the Swift logo, the “hello” Mac greeting, the original Macintosh image, the Metal logo and an emoji with sunglasses. Separate pin collections are available, too, featuring a thumbs up emoji, an iMessage heart bubble, Activity rings and more.

And, to add to the WWDC swag, some sweet pins! pic.twitter.com/JbvnFcmGJY

Apple is also promoting the conference with a custom WWDC-themed Snapchat geofilter that appears for users who are near San Jose’s McEnery Convention Center.

A set of WWDC-branded stickers for iMessage is available via the official WWDC app.

Apple’s online store is currently down ahead of the keynote, indicating some form of new or refreshed hardware announcement is likely.