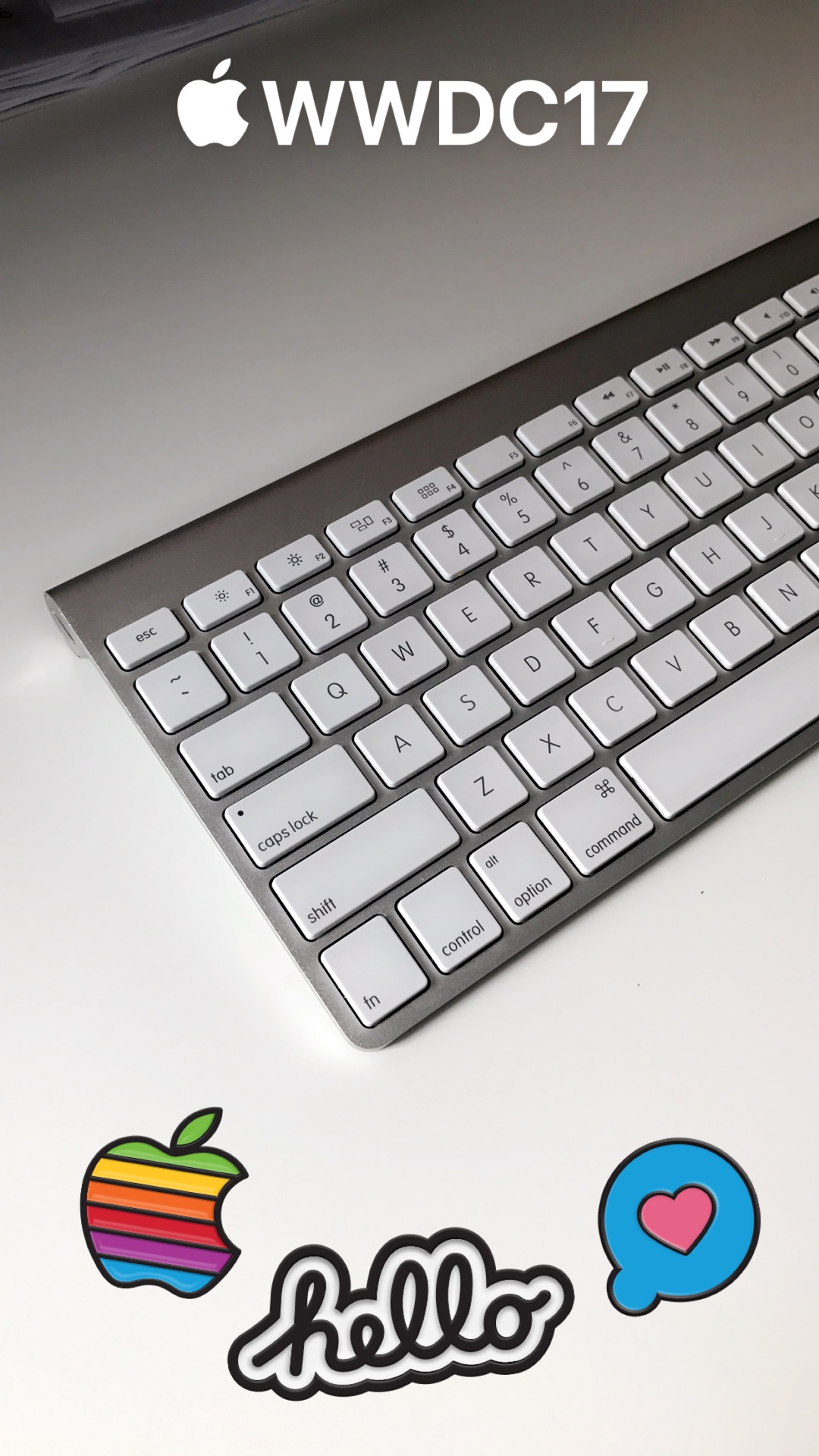 With the live-streamed WWDC keynote almost upon us, Apple has now created a bespoke Snapchat geofilter to help promote this year’s developers conference. The sponsored WWDC 2017-themed geofilter automatically appears for Snapchat users who find themselves near the McEnery Convention Center in San Jose.

As first noted by 9to5Mac, the filter is available when sharing photos or videos with other Snapchat users. Simply choose it from the list of Snapchat filters to have Apple’s official WWDC 2017 banner design applied to your item. Again, this is a filter that uses geofencing so only people attending this year’s developer conference will see it in Snapchat.

The same stickers can be found in iMessage via Apple’s official WWDC app, as shown above.

Snapchat is available at no charge from App Store.