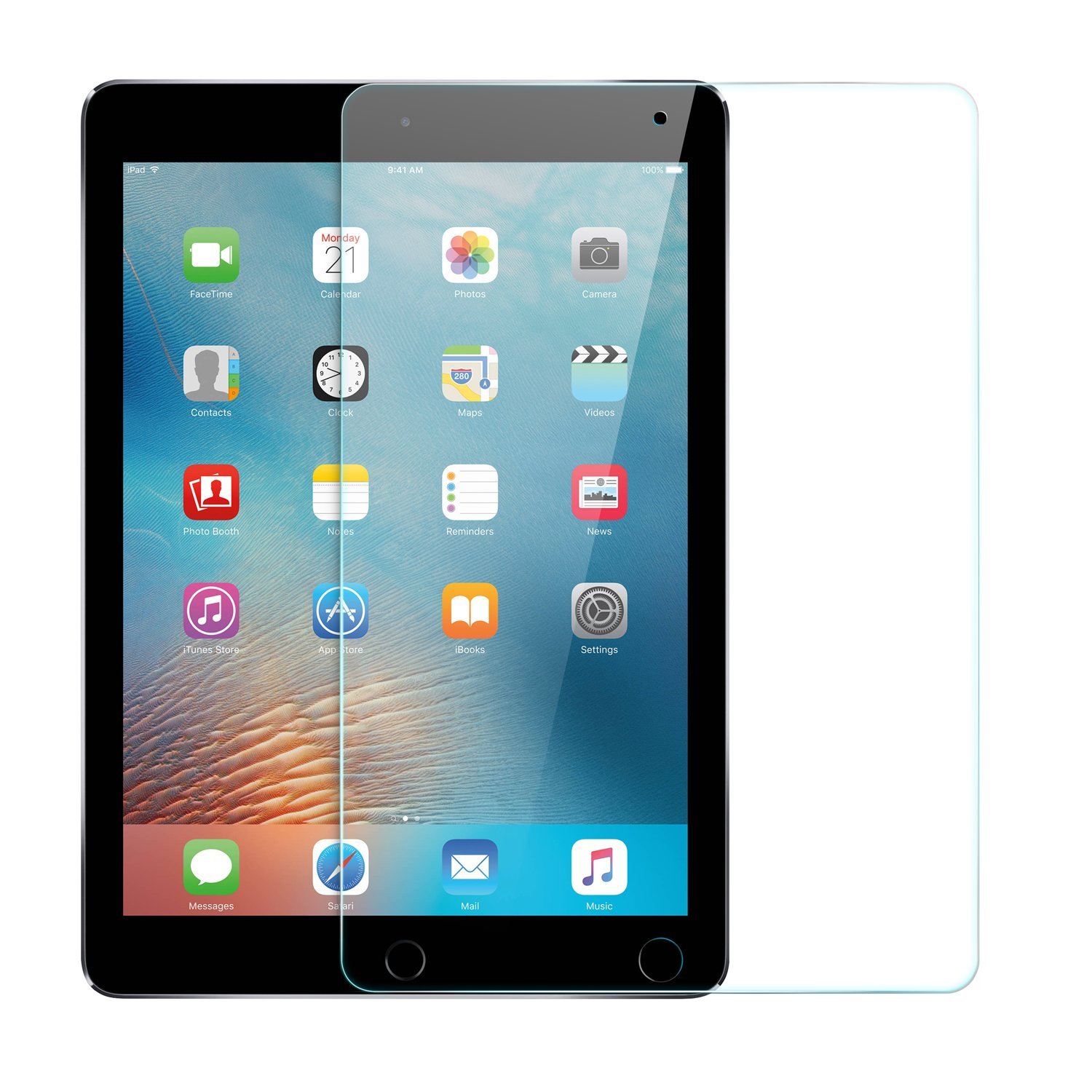 A screen protector for the rumored 10.5-inch iPad Pro has surfaced on Amazon ahead of Apple’s WWDC keynote on Monday. It’s made by popular accessory manufacturer Anker and is available for overnight delivery.

It’s not unusual for accessories like this to pop up ahead of expected device announcements, but for a company as large as Anker to feel confident enough in pre-lease info to advertise and ship them is far less common.

Apple is widely believed to introduce a new 10.5-inch iPad on stage during its keynote next week. The tablet is said to have a footprint the same size as the 9.7-inch iPad, with slimmer bezels, and various other upgrades. 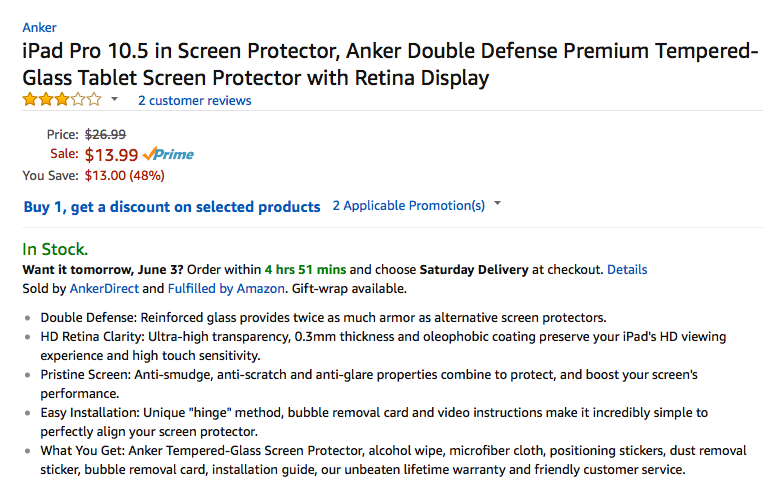 Noted Apple analyst Ming-Chi Kuo gives the rumored iPad a 70% of being unveiled next week, and multiple reports claim Apple has ramped up production on the device. We’ve also seen alleged cases for the 10.5″ tablet.

Join us Monday for full coverage of Apple’s WWDC keynote and all subsequent announcements.