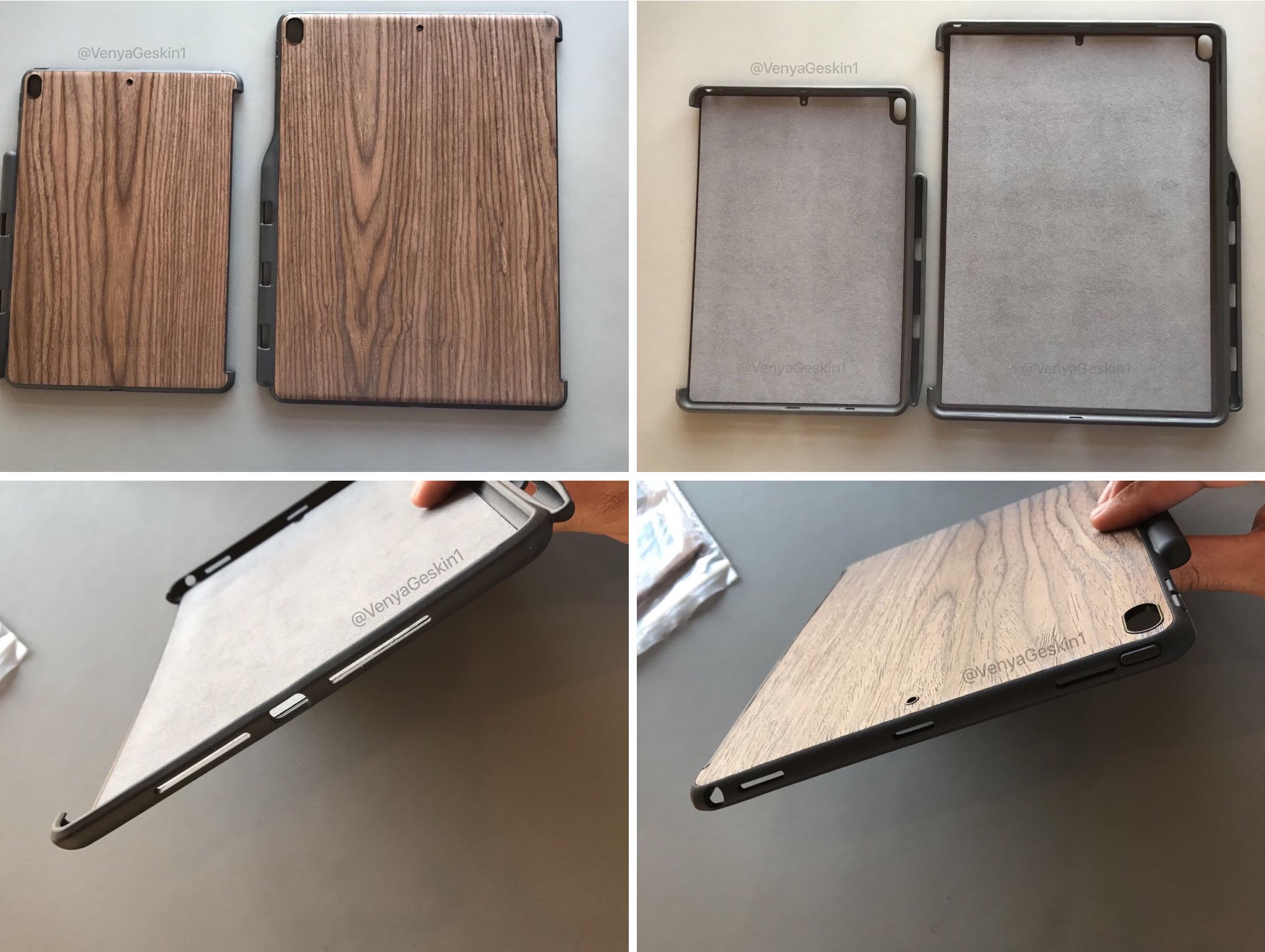 Cases for Apple’s new 10.5-inch iPad Pro model and a next-generation 12.9-inch iPad Pro are circulating the web today, showing rear microphone holes like on the recently unveiled $329 iPad model and cutouts for stereo speakers. Made by a third-party vendor, the design of these cases is based on information allegedly obtained from Apple’s contract manufacturer Foxconn.

The current-generation 12.9-inch iPad Pro features the microphone cutout on the right side of the device. The images depict four large cutouts for what appears to be stereo speakers, two at the top of the wooden case and two at the bottom of the device on both sides of the Lightning port.

The cases include cutouts for the 3.5mm headphone jack on both the 10.5-inch and 12.9-inch iPad Pro. Published by leakster Benjamin Geskin, the photos also indicate that there may not be new iPad mini models this year.

According to BGR, the iPad mini lineup has just been “sized out of its own category,” prompting the Cupertino company to stop updating the device and phase it out gradually due to its constantly decreasing sales.