With less than a week until Apple’s Worldwide Developers Conference, French outlet Consomac has discovered (Google Translate) a Russian-language regulatory filing in the Eurasian Economic Commission database which identifies five unreleased Mac computers by their model number: A1289, A1347, A1418, A1419 and A1481.

As noted by MacRumors, these numbers differ from the AXX prefixes attributed to current MacBook models. The new model numbers are probably related to the upcoming 13 and 15-inch MacBook Pro updates. According to Bloomberg, Apple will refresh its Mac notebooks at WWDC next week with faster Intel chips and updated internal architecture. 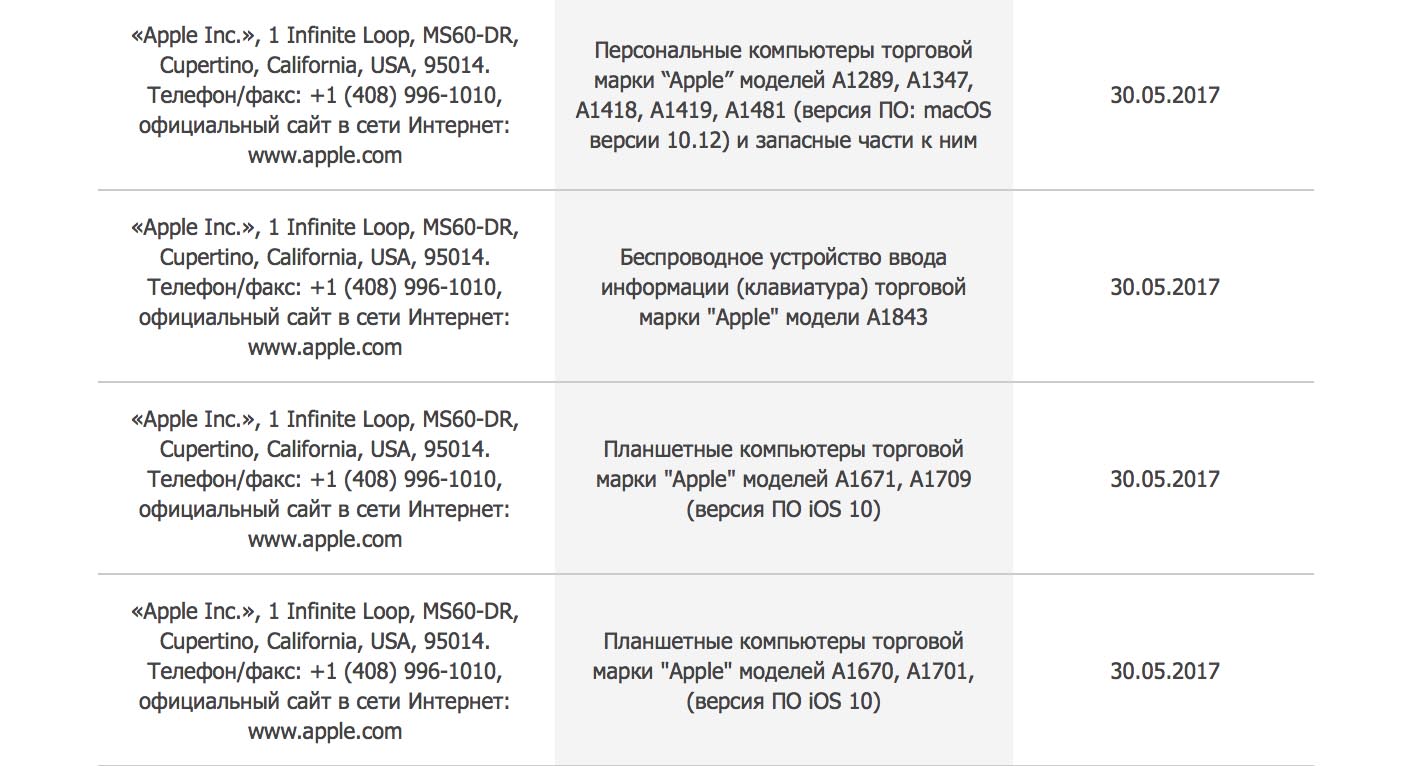 Among the Mac notebooks said to be up for a refresh could be Apple’s popular MacBook Air, which hasn’t seen a major design change since its 2010 introduction.

The filing also identifies some spare parts for the Macs along with a next-generation Apple wireless keyboard (model number A1843) and four numbers classified under iOS 10 (A1671, A1709, A1670 and A1701) that probably refer to the Wi-Fi and cellular editions of the upcoming iPad Pro models, including the rumored new 10.5-inch model.