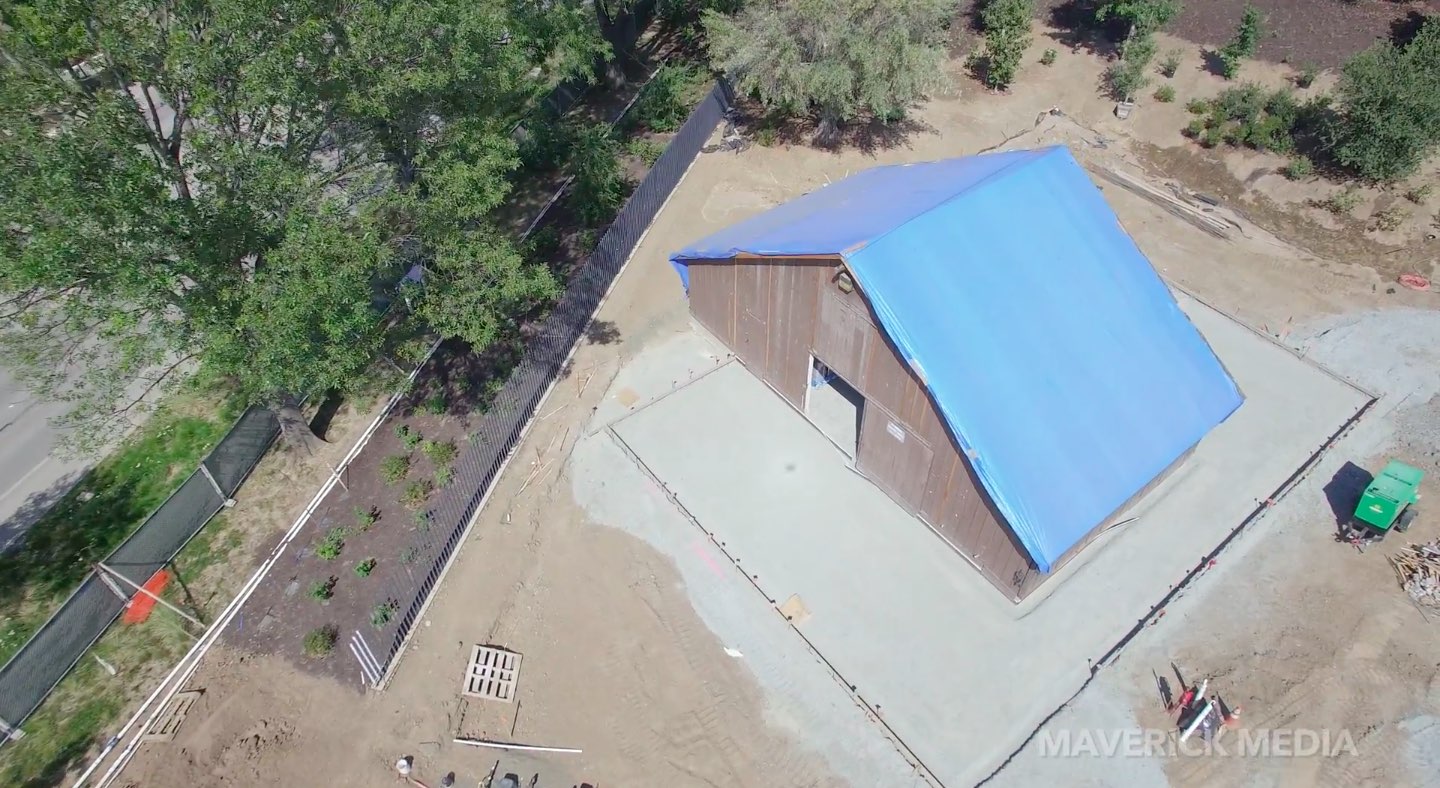 Videographer Matthew Roberts today shared via his YouTube channel some new drone footage of Apple Park, the iPhone maker’s new headquarters under construction in Cupertino, California. The June 2017 Apple Park aerial update shows a historic barn finally taking its place at the new headquarters while offering a closer look at the auditorium as some of the window coverings have been removed.

Check out the video below to see the latest progress from Apple Park.

Apple’s new headquarters will include a spot for the 1916 Glendenning Ranch barn, a historic site left from a time when the city was still a sprawling orchard.

When Apple acquiered the aging Hewlett-Packard campus, it dismantled the barn and numbered it piece by piece—every plank, nail and crossbeam—so that it could be reassembled just as it was and placed so that it’s adjacent to the employee fitness center. The company even stockpiled redwood salvaged from an old grove to replace any damaged planks.

The Mercury News reported that the barn will be used as a storage facility used by Apple to store sports equipment, landscaping supplies and so forth—becoming a working barn for the first time in decade.

Apple says its new headquarters will be the most energy-efficient office building of its kind.