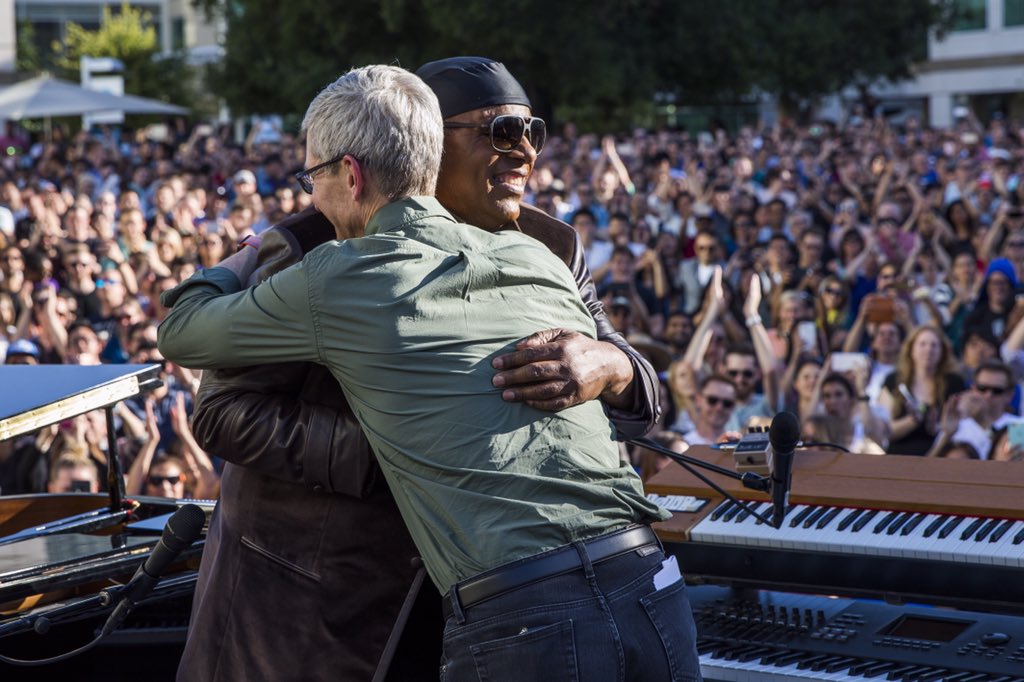 The corporate event for company employees was organized in recognition of Global Accessibility Awareness Day, a global initiative focused on digital access and inclusion of people with different disabilities.

Apple CEO Tim Cook tweeted out an image of himself and Wonder hugging onstage as a thank you to the artist. “Thank you to the incomparable Stevie Wonder for lifting hearts and celebrating accessibility with us,” reads the tweet.

Prior “Beer Bash” celebrations at Apple’s headquarters included performances by Maroon 5, One Republic, Darius Rucker and other music artists.

“There’s nothing on iPhone or iPad that you can do that I can’t do,“ Wonder, an Apple fan, said in 2011 commenting on the assistive technologies built into iOS and macOS.

The artist sang in Apple’s “Someday at Christmas” 2015 holiday commercial.

Wonder is blind so having him perform on Global Accessibility Awareness Day is fitting.

Apple celebrated Global Accessibility Awareness Day with a series of inspiring videos highlighting assistive technologies built into its platforms, the accessibility-focused “Today at Apple” sessions at Apple Stores, an App Store section highlighting some of the best apps for people with disabilities and three Tim Cook interviews with accessibility activists.