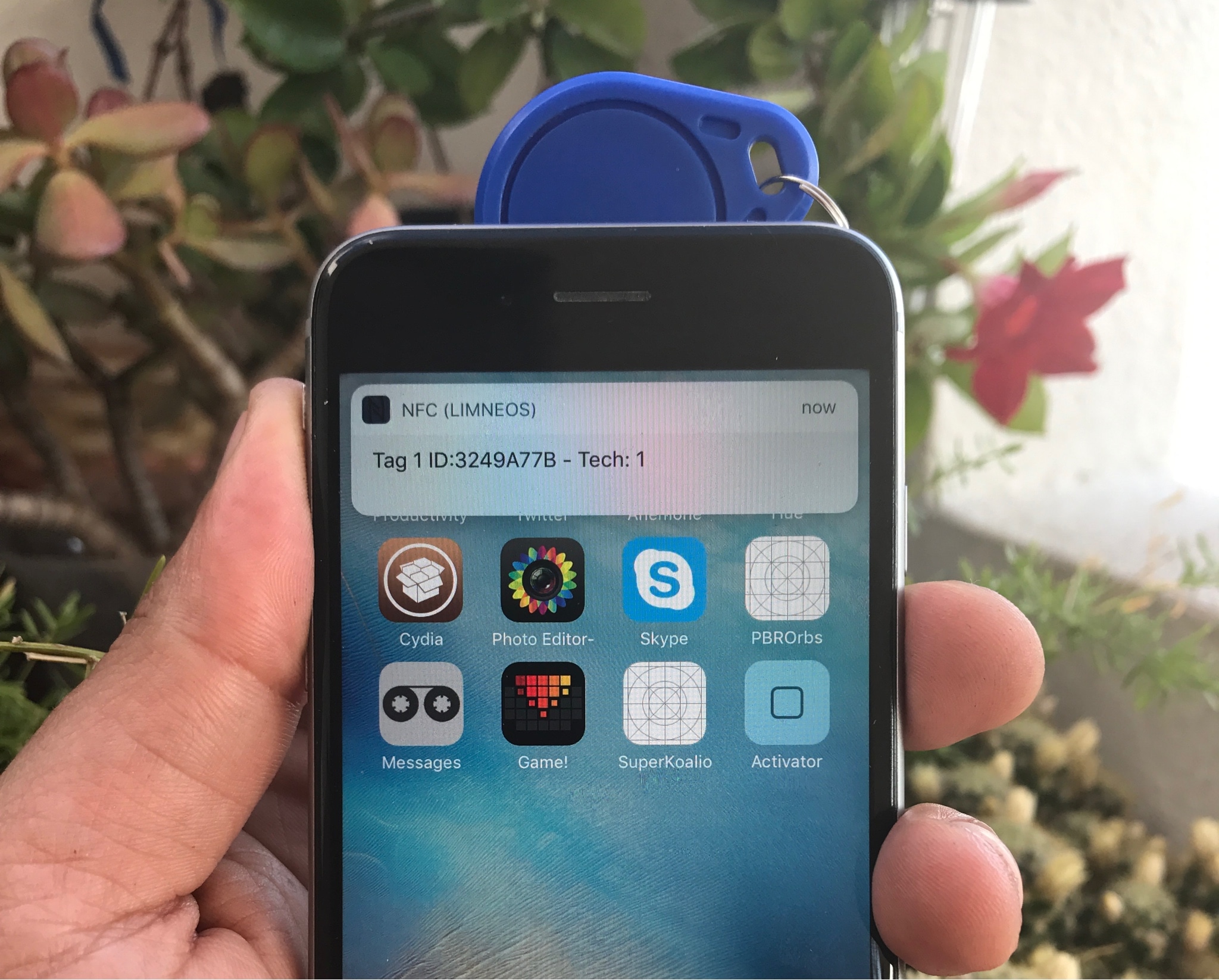 iPhones have come equipped with Near Field Communication (NFC) technology since the iPhone 6 launched in 2014. NFC’s primary use in the iPhone is for Apple Pay and allows contactless payments via supported merchants at the point of sale.

On the other hand, well-known jailbreak developer Elias Limneos was tinkering with iPhone NFC on his spare time and managed to hack it to work in ways that are typically locked off by Apple out of the box.

Limneos is well-known for his successful jailbreak tweak releases like AnsweringMachine and CallBar among others, but he’s about to get a whole lot more popular as his work with iPhone NFC continues.

He published the following proof-of-concept video on YouTube that demonstrates interaction between an NFC-enabled tag and his modified iPhone 6s:

While juvenile in its current form, this proof-of-concept is the beginning of a new era into exploring Apple’s closed NFC system. It purportedly works on all NFC-enabled iPhones, including the latest iPhone 7/7 Plus handsets.

For what it’s worth, a number of competing Android handsets already allow open utilization of NFC communication out of the box. This hack has the potential to influence similar functions on Apple-branded handsets.

Limneos tells us he has plans to eventually release some sort of jailbreak tweak in the future that will unlock NFC access for users, allowing them to do things like unlock NFC-enabled doors and transfer files between devices of various operating systems, among other things. Since the development and understanding of these features are in their early stages, this will come in the distant future, however.

Because Apple likes to keep things closed for reasons like efficiency and security, the chances that Apple will ever enable open access to NFC communication in their handsets is low. That said, it’s always fascinating to see talented iOS developers taking things to entirely new levels; with or without Apple’s cooperation.