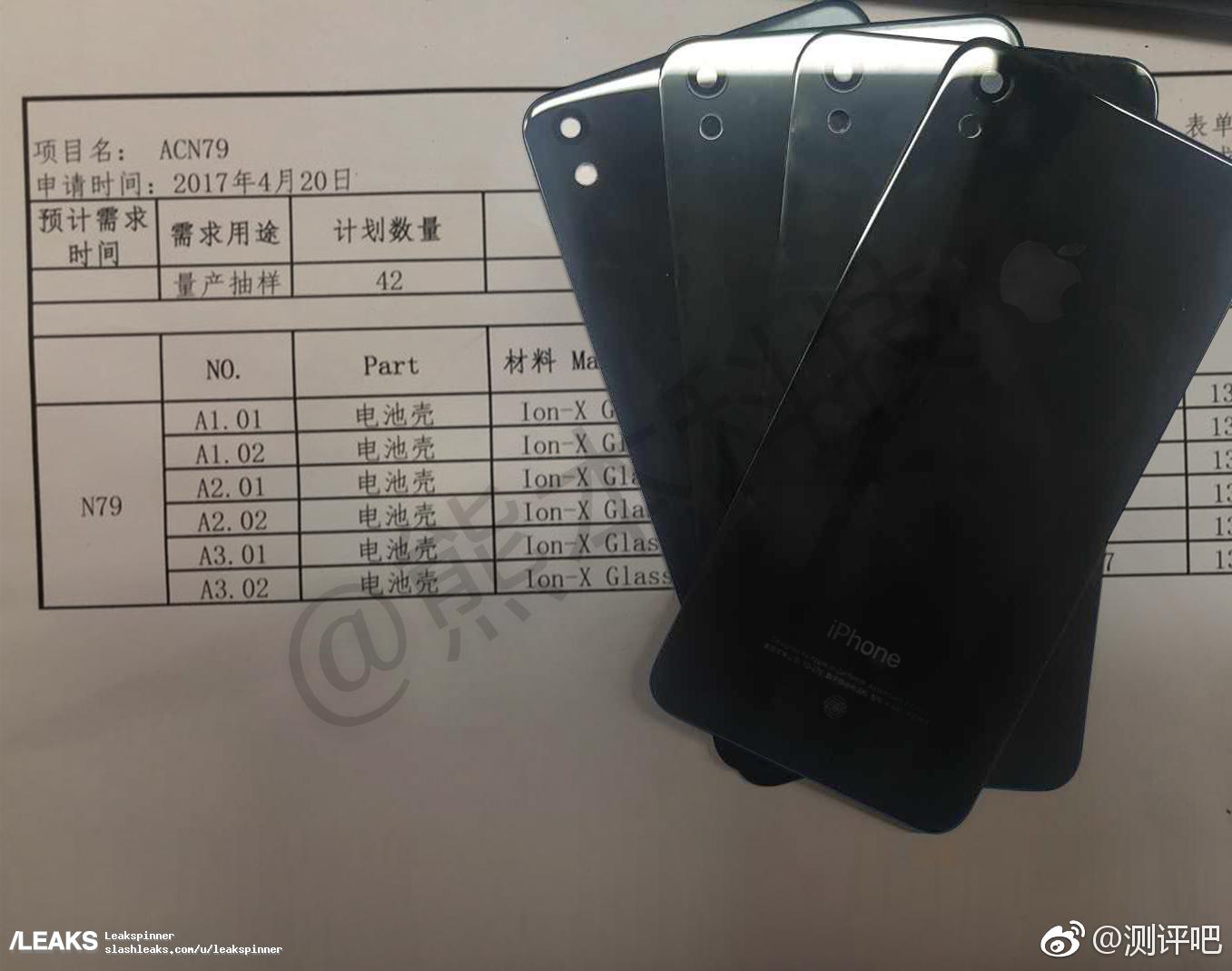 The next iPhone SE or the upcoming LCD-based iPhone 7s/Plus could come outfitted with a strengthened Ion-X glass display like some Apple Watch models, as indicated by a new photo posted Wednesday to leak aggregator Slashleaks.

Slashleaks states that the leaked image, which originated from Chinese social network Sina Weibo, depicts glass casings and some of the manufacturing specifications for a 2017 iPhone model, internally code-named “N79”. The post doesn’t make it clear if the next iPhone SE or the iPhone 7s/Plus updates might have a strengthened Ion-X glass cover.

The current iPhone SE and iPhone 7 models feature an aluminum rear casing. The photo shows two cutouts on the backside, one for a single-lens camera and another one, located right below the camera cutout, that could house Apple’s quad-LED True Tone flash.

Assuming genuine, the leaked image probably shows the glass casings for the iPhone 7s series. On the other hand, prior rumors have claimed that the iterative iPhone 7s/Plus updates would have the same aluminum back design like their predecessors.

That being said, please take this story with healthy does of skepticism: according to Twitter, the two circular cutouts seen on the nearside appear to have been doctored.

According to KGI Securities analyst Ming-Chi Kuo, iPhone 8 should feature an iPhone 4/4s-like “glass sandwich” design with a stainless steel frame and a vertically aligned dual-camera system out the back, among other rumored enhancements.