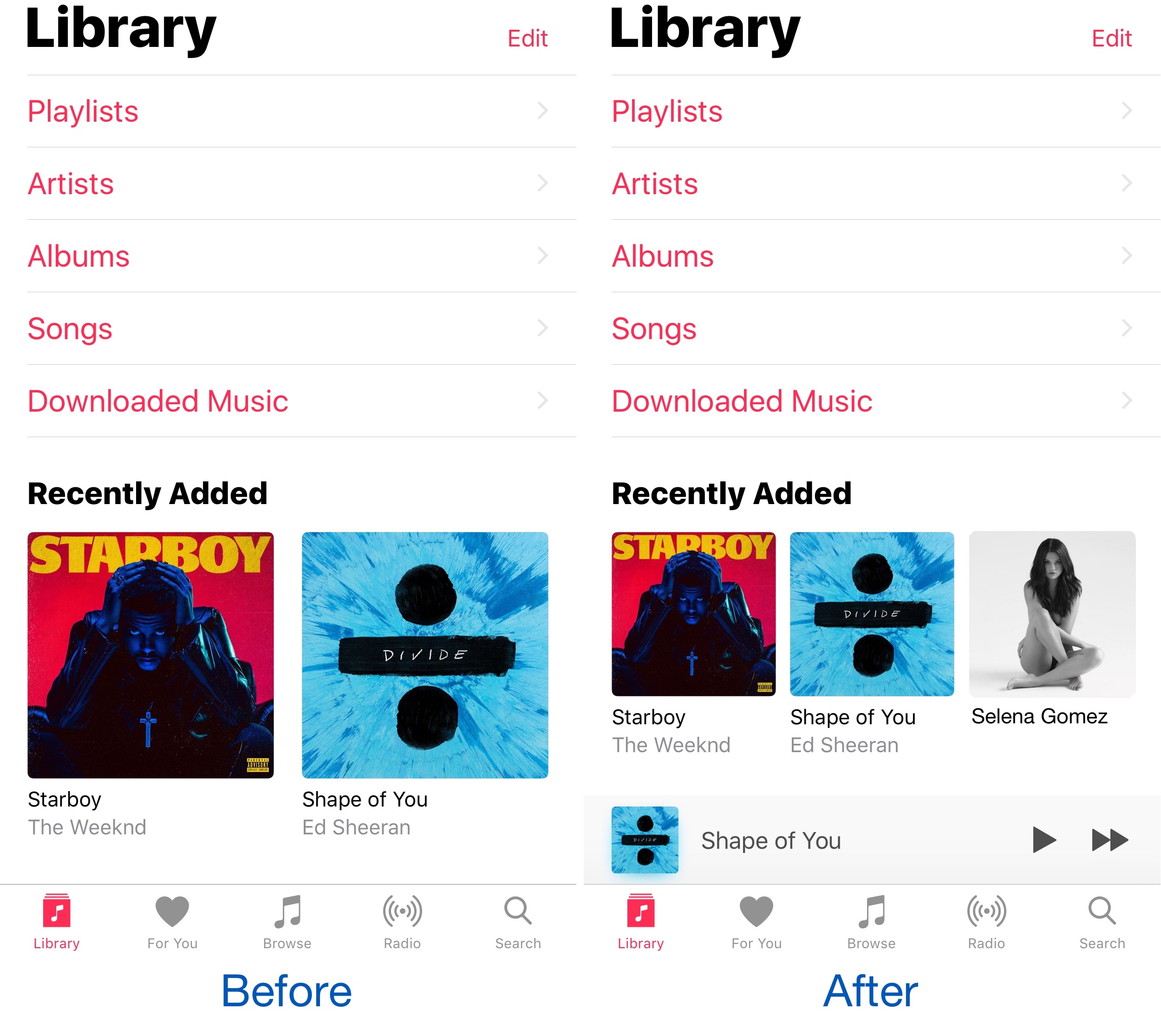 Apple’s own Music app underwent several major UI changes since the debut of Apple Music, and one part of the latest redesign is how the app displays two columns of your music on the screen at once.

Because two columns can be limiting, and because modern iPhones have larger displays, a new free jailbreak tweak called MusicMoreColumns by iOS developer HiDan enables three columns in the Music app so you can see more at a glance.

As shown in the before and after example above, MusicMoreColumns makes a noticeable improvement in the aesthetics of the Music app.

I can’t speak for how this might look on smaller devices, but because there’s so much more real estate on 4.7-inch and 5.5-inch devices, like the iPhone 6 Plus used for our screenshots above, the extra column actually complements the Music app UI with additional content at a glance.

Seeing more at a glance means you won’t have to do as much scrolling to get to the music you want to hear. For those who have lots of music stored on their device, this will yield a noticeable reduction in swipes and can help you get to your music faster.

MusicMoreColumns is designed specifically for Apple’s Music app, and isn’t intended to be used with third-party music apps. You shouldn’t notice anything different after installation if you’re using any other music app besides Apple’s.

If you’re interested in trying the new look and feel out, MusicMoreColumns is a free download from Cydia’s BigBoss repository and it will work on all jailbroken iOS 10 devices. MusicMoreColumns doesn’t have any options to configure. To disable the tweak, you will have to uninstall it.

Do you prefer the look of the Music app with three columns as opposed to just two? Share your thoughts in the comments section below.