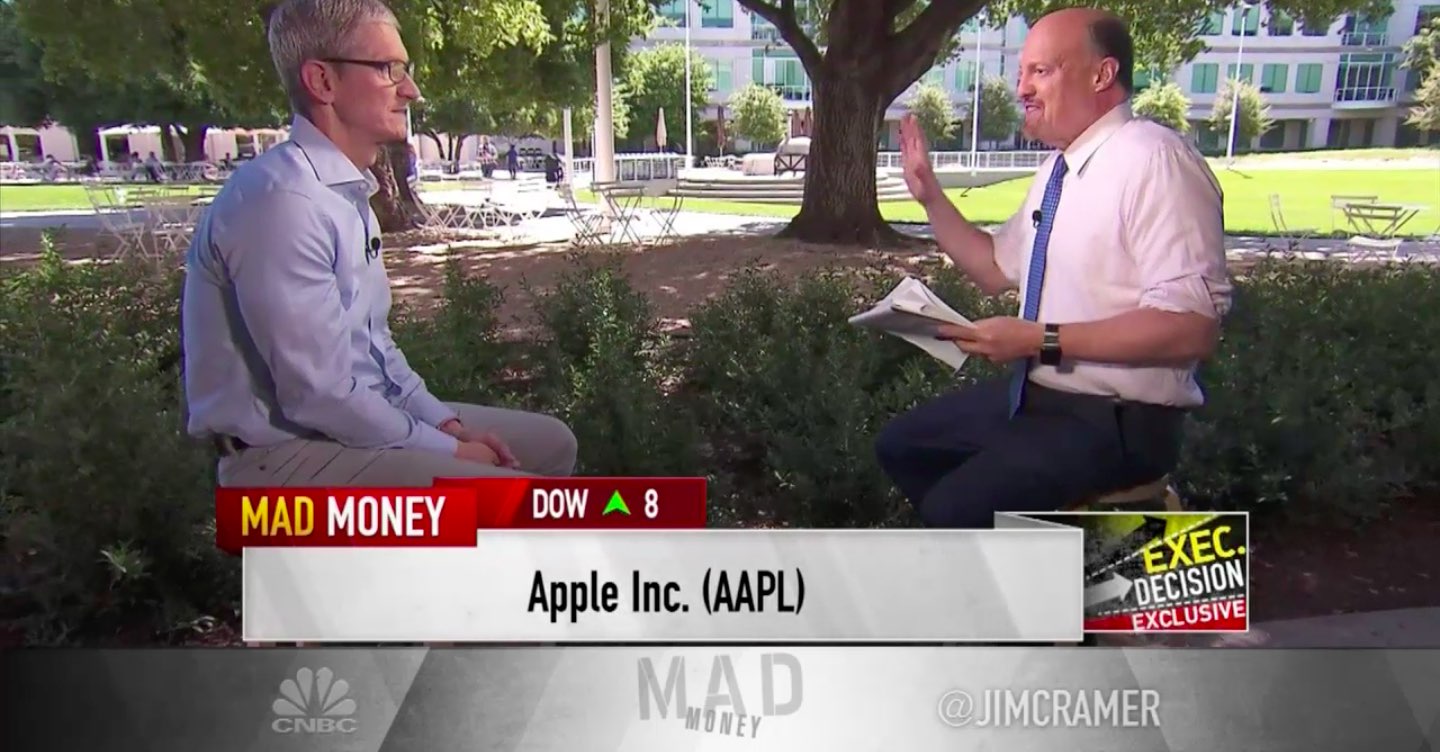 Following Apple’s quarterly earnings report two days ago, CEO Tim Cook sat down with CNBC’s “Mad Money” host Jim Cramer to talk business and “the bigger picture”. Marking Cook’s third appearance on the show, Cramer spoke with the Apple CEO about Wall Street’s reaction to his company’s latest quarter, job creation in the United States and his views on the future of Apple.

In terms of US job creation, Cook said Apple employs about 80,000 people domestically.

Of that number, nearly 25,000 people work in research and development. Cook said Apple is now buying more parts from US-based suppliers like Corning and 3M and underscored that an additional 6,000 people are employed by his company in a facility in Austin, Texas.

But is he concerned about iPhone users switching to Samsung?

No, we don’t see much of that. We don’t want to see any of that, and we try really hard to retain people by giving them an experience that they really love. That’s our objective.

But generally speaking we measure that fairly closely, and we don’t see very much of that. On the switcher side, we were very pleased that we set a record for switchers outside of China for the first six months of this fiscal year.

Cook revealed that Apple is creating an advanced manufacturing fund in the United States.

“We’re initially putting $1 billion in the fund,” he added, saying the Cupertino company will be announcing the first investment for this fund later in the month of May.

Fun fact: Cook has lost 30 pounds “thanks partly to my Apple Watch”.

You can read the full transcript of the Tim Cook interview on CNBC.