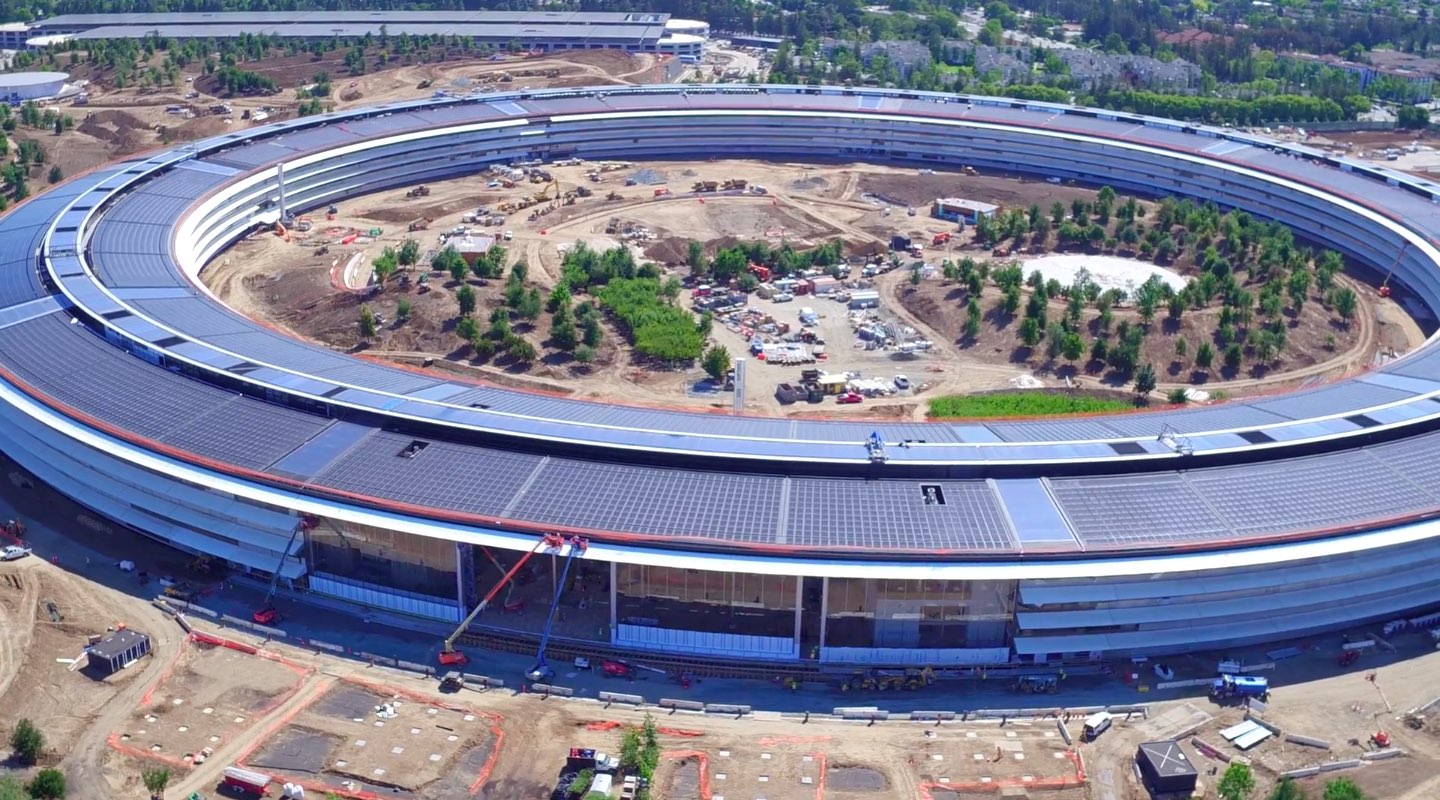 You can tell they’re doubling down on landscaping work, which involves planting mature trees around the site. The massive pile of the earth continues to shrink on a daily basis, but don’t expect it to disappear completely until all that dirt has been reused for landscaping.

The solar panel roof looks complete and windows are now being installed alongside the outside of the main building. We can also see progress being made at the Steve Jobs Theater, a 1,000-seat underground auditorium named after Apple’s late co-founder.

Other structures, including parking garages, secure research and development facilities, a fitness center for employees and a visitor kiosk, seem to be nearing completion—especially R&D centers that have appeared fully functional for several weeks now.

First employees supposedly began moving in last month, but it’s going to take a while until Apple Park becomes a new home for a total of 13,000 employees.

“Closer to home, we’re excited about moving into our new corporate headquarters, Apple Park, our new center for innovation,” said Apple CEO Tim Cook earlier in the week on a conference call discussing his company’s latest quarterly results with analysts and investors.

“The main building on Apple Park is designed to house 13,000 employees under one roof in an environment that fosters even greater collaboration among our incredibly talented team.”