Among the things it does to achieve the end result is remove both the bulky headers and the unsightly separator lines that appear on elements on both the Lock screen and in Notification Center.

In the end, you’re left with notifications and widgets that take up less space, which allows you to see more of them at a glance without as much scrolling effort on your part.

The effects are particularly noticeable when there’s more content to look at, such as on the widgets page on the Lock screen or in Notification Center, or when you’ve got numerous notifications awaiting your attention. 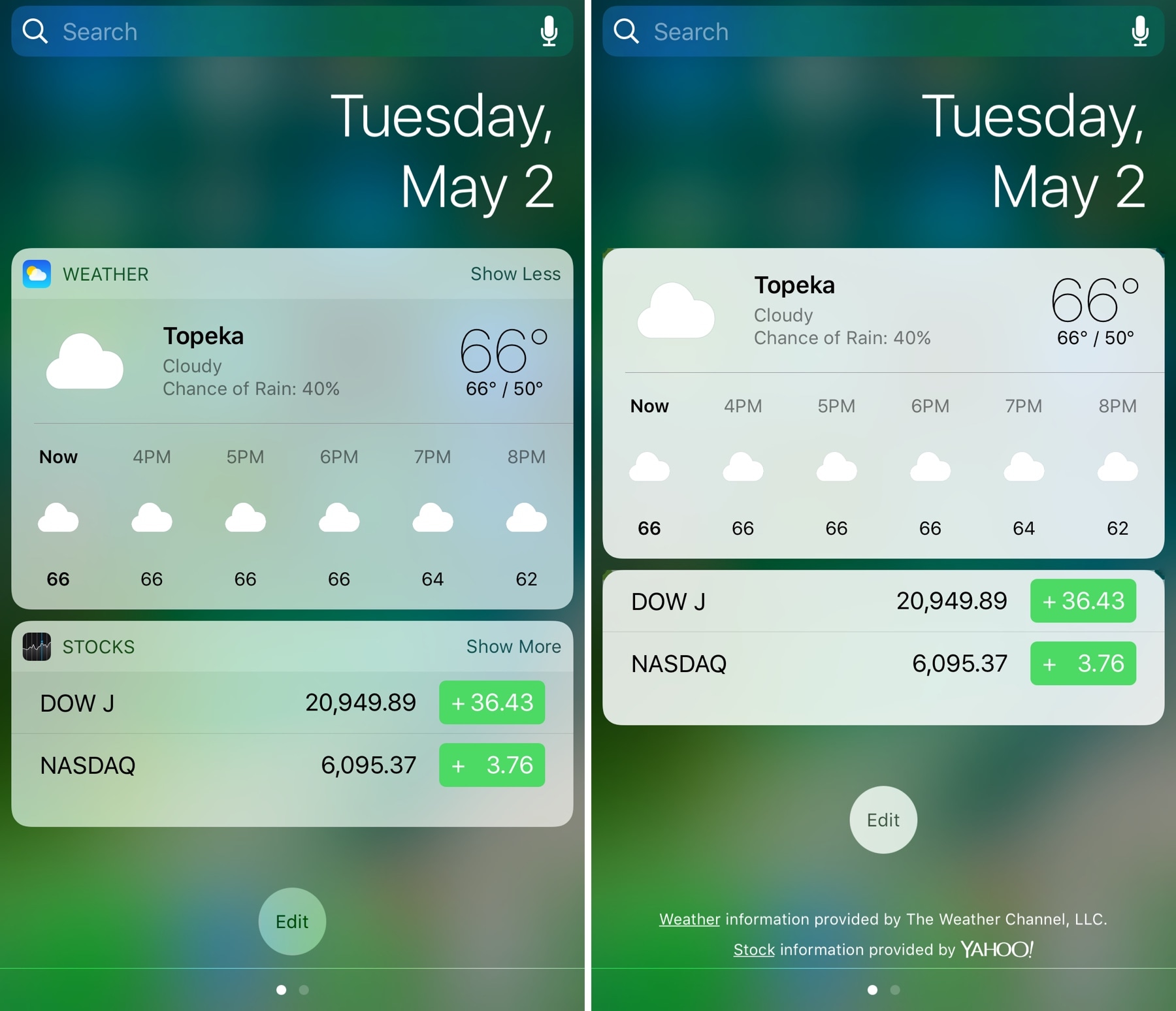 For what it’s worth, it doesn’t affect only the banner notifications that appear on the Lock screen and in Notification Center, but also those that appear everywhere else throughout iOS: 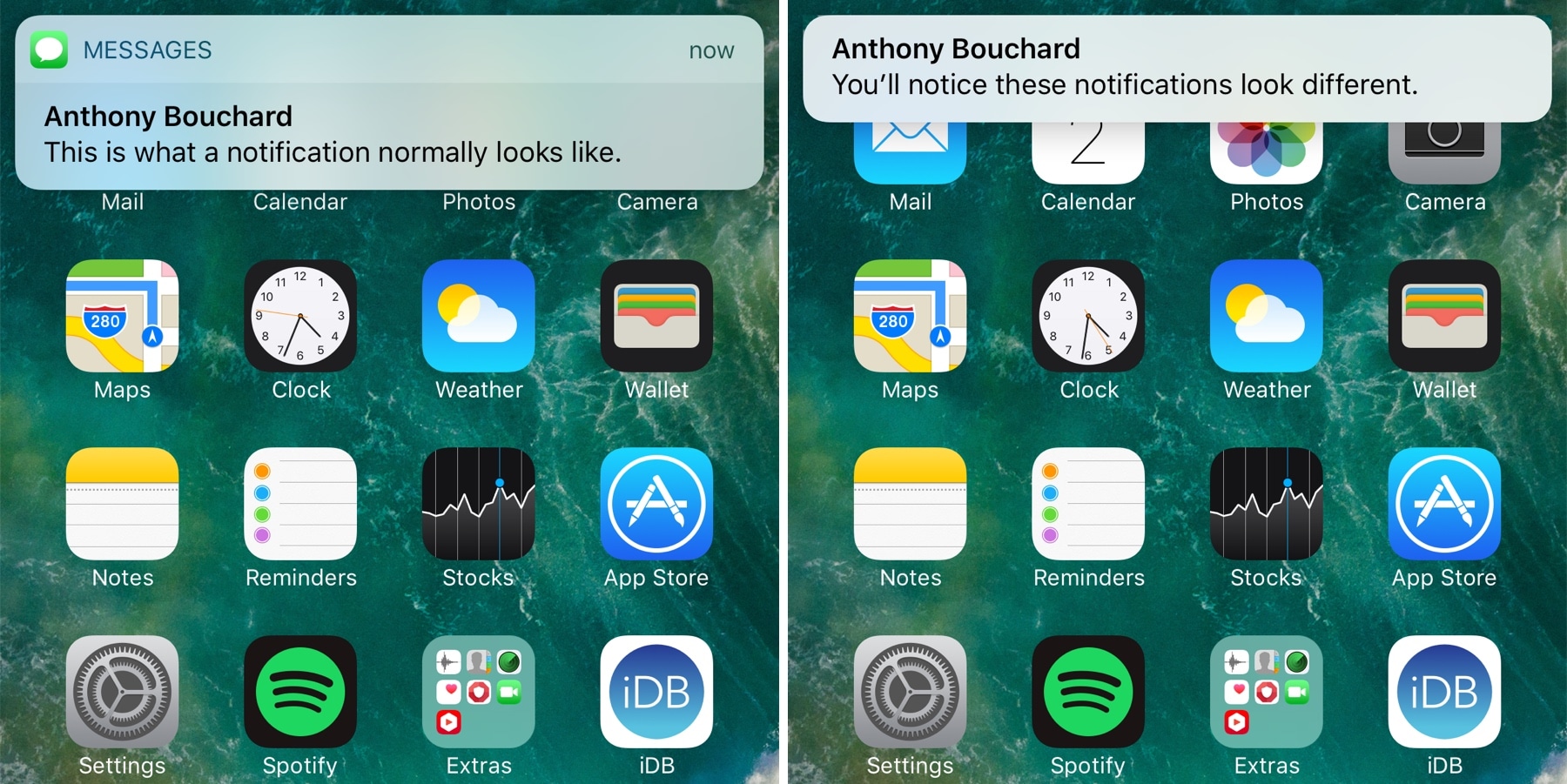 Despite some of the pros to using FancyNC, it comes with some cons as well. For example, the lack of headers makes it harder to tell what app the notification is coming from and the time it was received, since the header that normally displays this information is now gone.

Another downside is how it leaves unsightly square corners around the tops of notification banners. This problem is more aesthetic than anything, but it may still be a deal-breaker for many.

Fortunately, the developer is planning features for a future release that will let you see when the notification was received in a new way, and you will also get to use a 3D Touch gesture to toggle the separator lines on the Lock screen or in Notification Center.

Hopefully future updates will address the square corner problem too, but only time will tell. In the meantime, you can try FancyNC for yourself for free from Cydia’s BigBoss repository. The tweak works on jailbroken iOS 10 devices and there are no options to configure.

Do you prefer the stock look of your notification banners or the thinner look and feel brought on by FancyNC? Share in the comments section below.