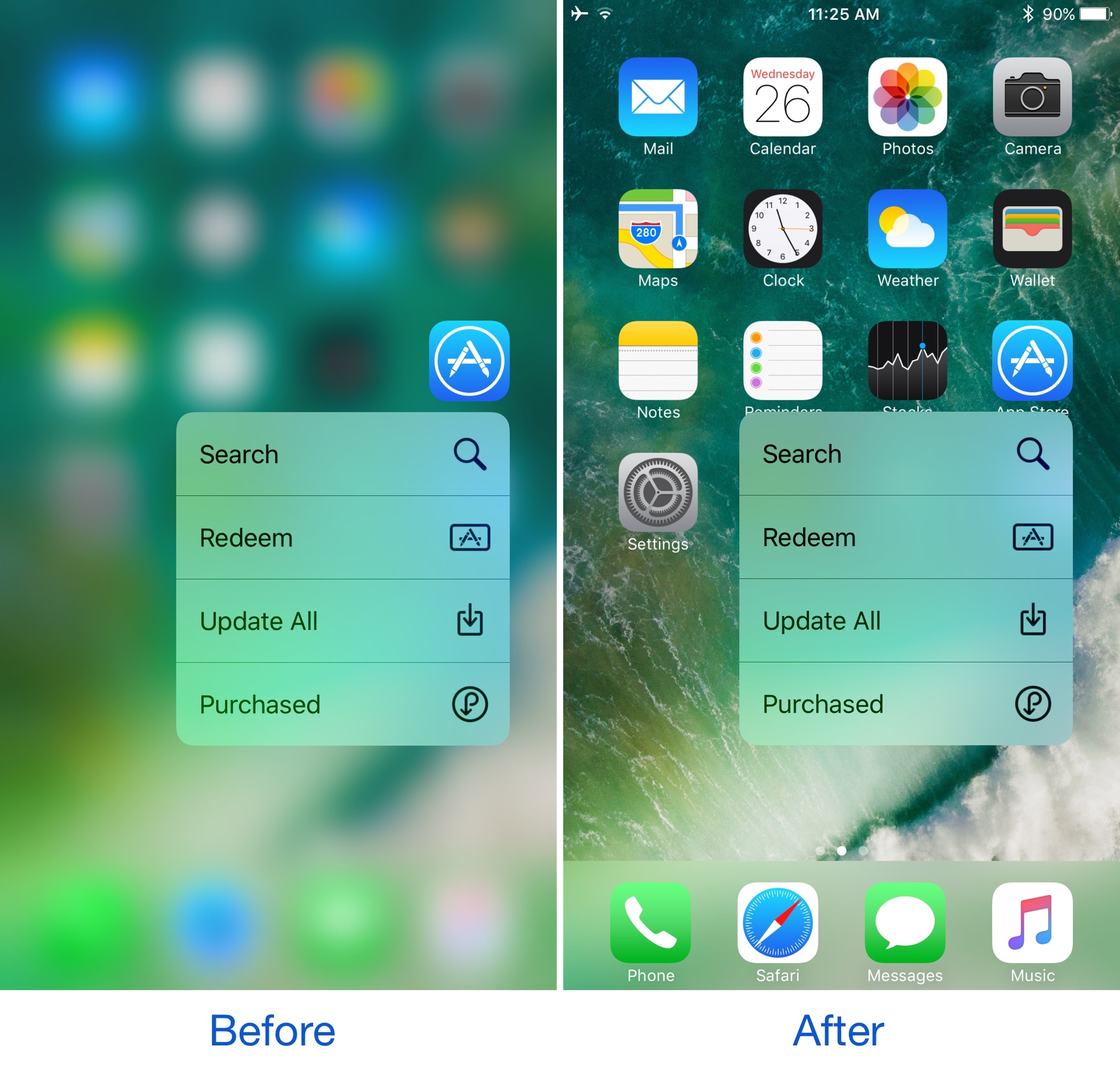 3D Touch is a fast and convenient way to access app shortcuts from the Home screen. On the other hand, because jailbreakers with older devices wanted in on the action, numerous 3D Touch simulation tweaks quickly made it to Cydia to allow non-supported devices to access these shortcuts.

Lagging and performance issues don’t impact everybody exactly the same way, but those who have devices that are already struggling to stay afloat because they’re loaded with jailbreak tweaks and extraneous mods should see noticeable performance improvements when using 3D Touch after installing Smooth3D.

In particular, it disables the blur effect that typically covers the whole Home screen so the device can render the 3D Touch menus more efficiently similarly to the way BlurTouchClean worked. It puts a smaller load on the GPU, reducing lag and smoothing out the transitioning animations, which will be a benefit even if you don’t have performance issues to begin with.

Even if you don’t have problems with 3D Touch menu performance in its current state, Smooth3D comes down to aesthetics; whether or not you like the background blur effect. If you prefer the sans-blur background when opening your 3D Touch menus, then you still might like using Smooth3D even though you’re not using the tweak for performance reasons.

If you have a device that doesn’t support 3D Touch, but you’d still like to simulate it and access the menus from the Home screen, we recommend using a tweak called Peek-a-Boo by the Creatix development team, which is compatible with iOS 10 and can be downloaded from their personal Cydia repository:

Smooth3D doesn’t have any options to configure, so its effects are immediate after installation. To disable the tweak, it will have to be uninstalled.

If you want to give Smooth3D a try, it can be downloaded for free from Cydia’s BigBoss repository. The tweak works on jailbroken iOS 10 devices.

Do you see a noticeable difference in 3D Touch performance after installing Smooth3D? Share in the comments section below!