Microsoft announced today that Minecraft: Pocket Edition is gaining a Chinese Mythology mash-up pack along with a few other goodies and improvements, such as a free Redstone Mansion map available via a new Worlds section in the in-game store.

The new features are available at no charge to existing players and require Minecraft: Pocket Edition version 1.0.6, which is rolling today on App Store.

The Worlds section has been added to the in-game store, featuring the free Redstone Mansion map. Messages and changelogs you see within the game are no longer tied to new updates and the jump range of slimes is now correct. 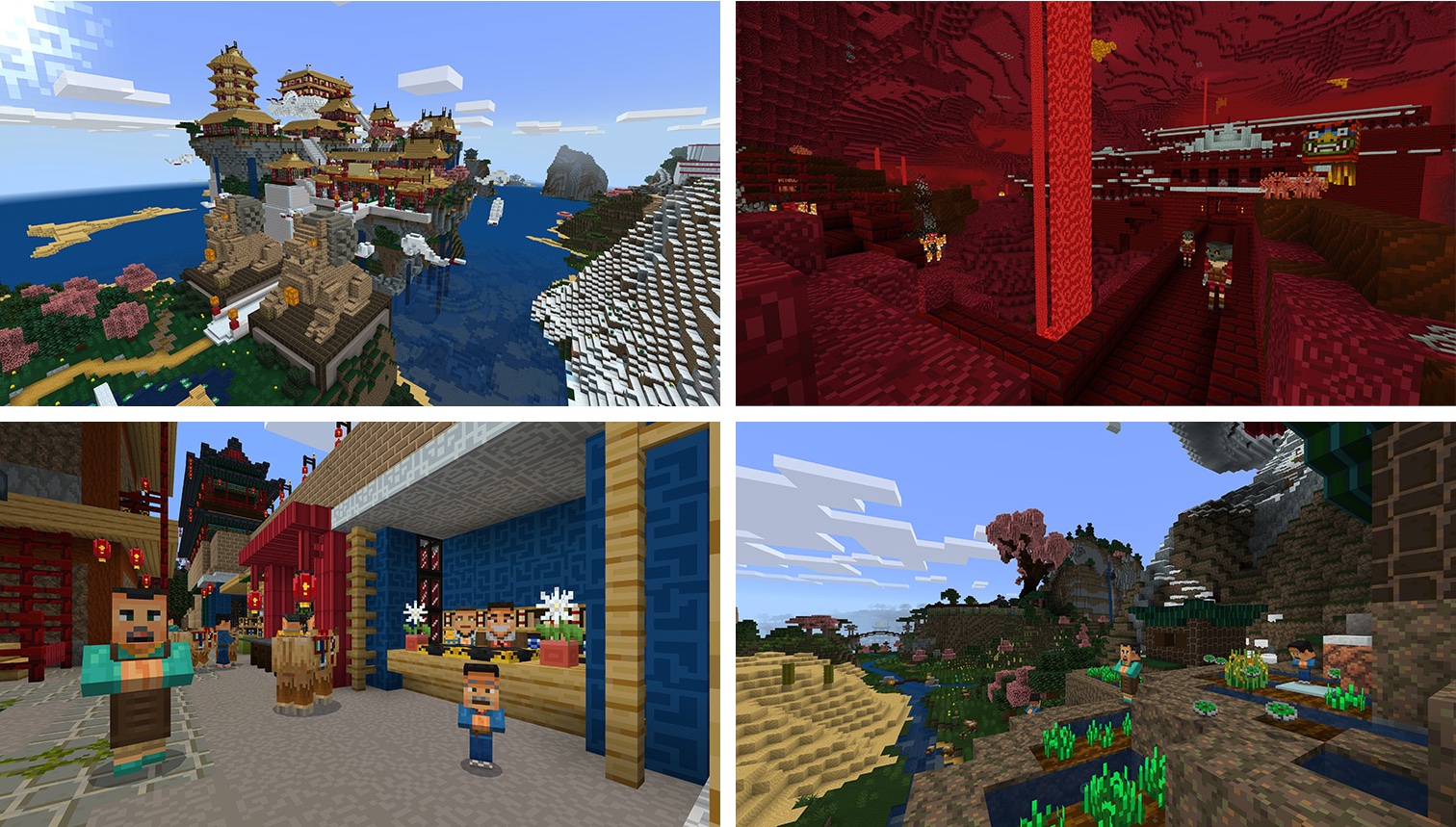 You can read a full log of the changes on the game’s official blog.

Microsoft said yesterday that players and community members will soon be able to sell their custom skins, mini-games, textures and worlds as part of the game’s upcoming Discover update due later this Spring.