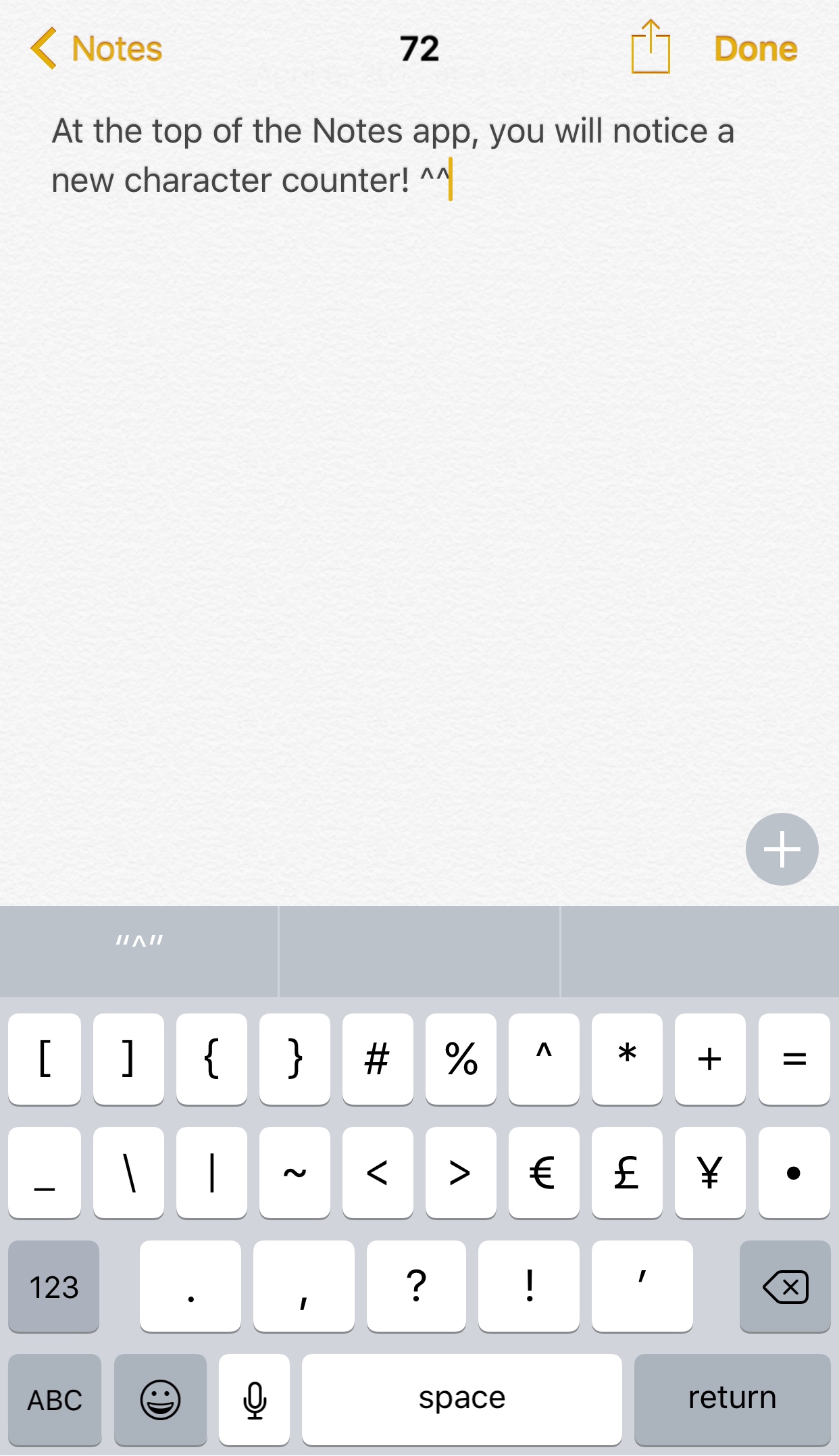 Most of the world’s best text editors and word processors have some kind of character or word counter, but for whatever reason, Apple’s Notes app is the lone exception.

For those who wish this wasn’t the case, a new free jailbreak tweak called NotesCharacterCount by iOS developer hvyc enables a character counter at the top of the Notes app.

Shown above, you can see that the character counter is easy to see and updates in real-time as you type in the Notes app. There aren’t any smoke and mirrors here; what you see is what you get.

So why might you want a character counter in the Notes app? A few scenarios I can think of just from the top of the head are:

There may be other uses for the tweak that I’m missing, but everyone uses their device(s) differently. That said, your mileage may vary in terms of how useful this feature really is for you.

Related: How to enable the character counter in your iPhone’s Messages app

When it comes to displaying different kinds of information, I’ve always sided with more is better than less, but in this case having the extra information is right on the border of “why?” and “cool!”

If you think having a character counter in the Notes app will be a helpful asset to you, then you can grab NotesCharacterCount for free from Cydia’s BigBoss repository right now. The tweak is compatible with jailbroken iOS 10 devices and doesn’t have any options to configure.

You might also like: This tweak lets you colorize the text and background of the Notes app

Do you have a use for a character counter in your Notes app? Share what you would use it for in the comments section below.