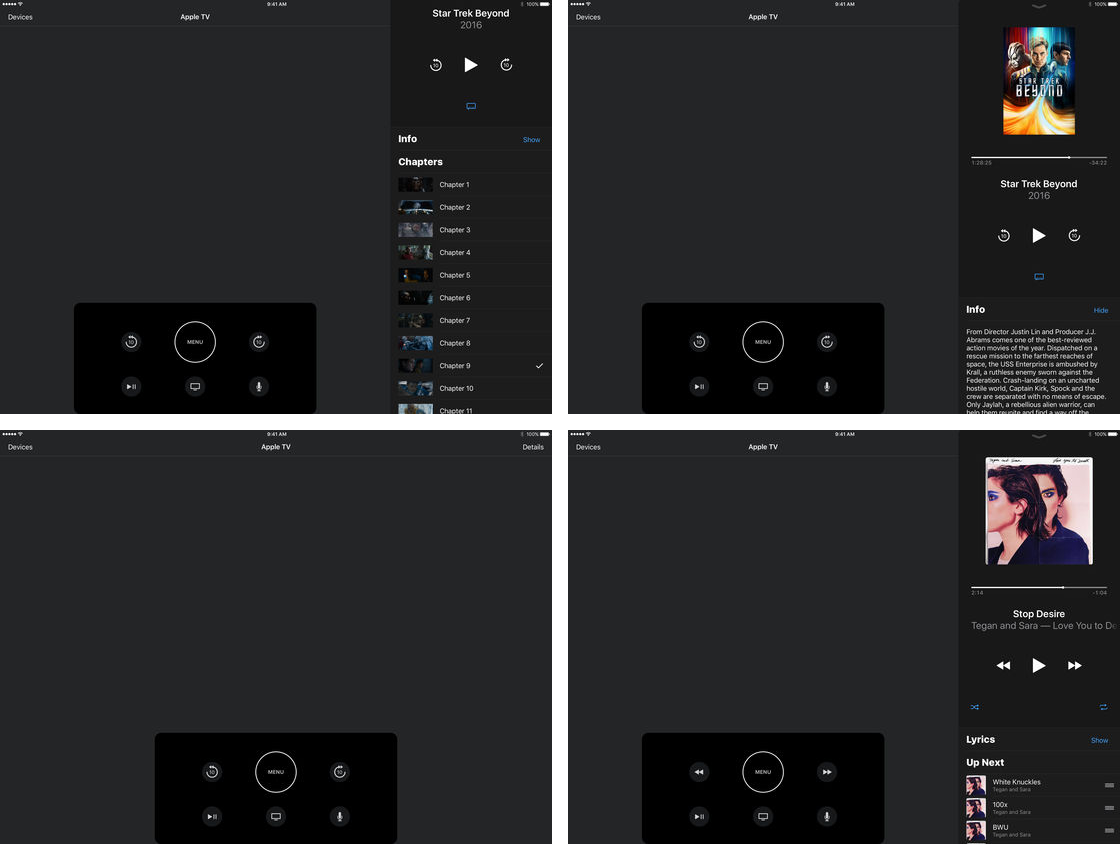 Apple’s free app for controlling Apple TVs from anywhere in your home via your iPhone, iPad or iPod touch was just updated on App Store following a barrage of software updates that the company released for iOS, macOS, watchOS and tvOS earlier this morning. Bumped to version 1.1, the official Apple TV Remote app finally supports iPad natively and now lets you see music lyrics, browse playlists, navigate chapters and more.

This update includes general performance and stability improvements, too. 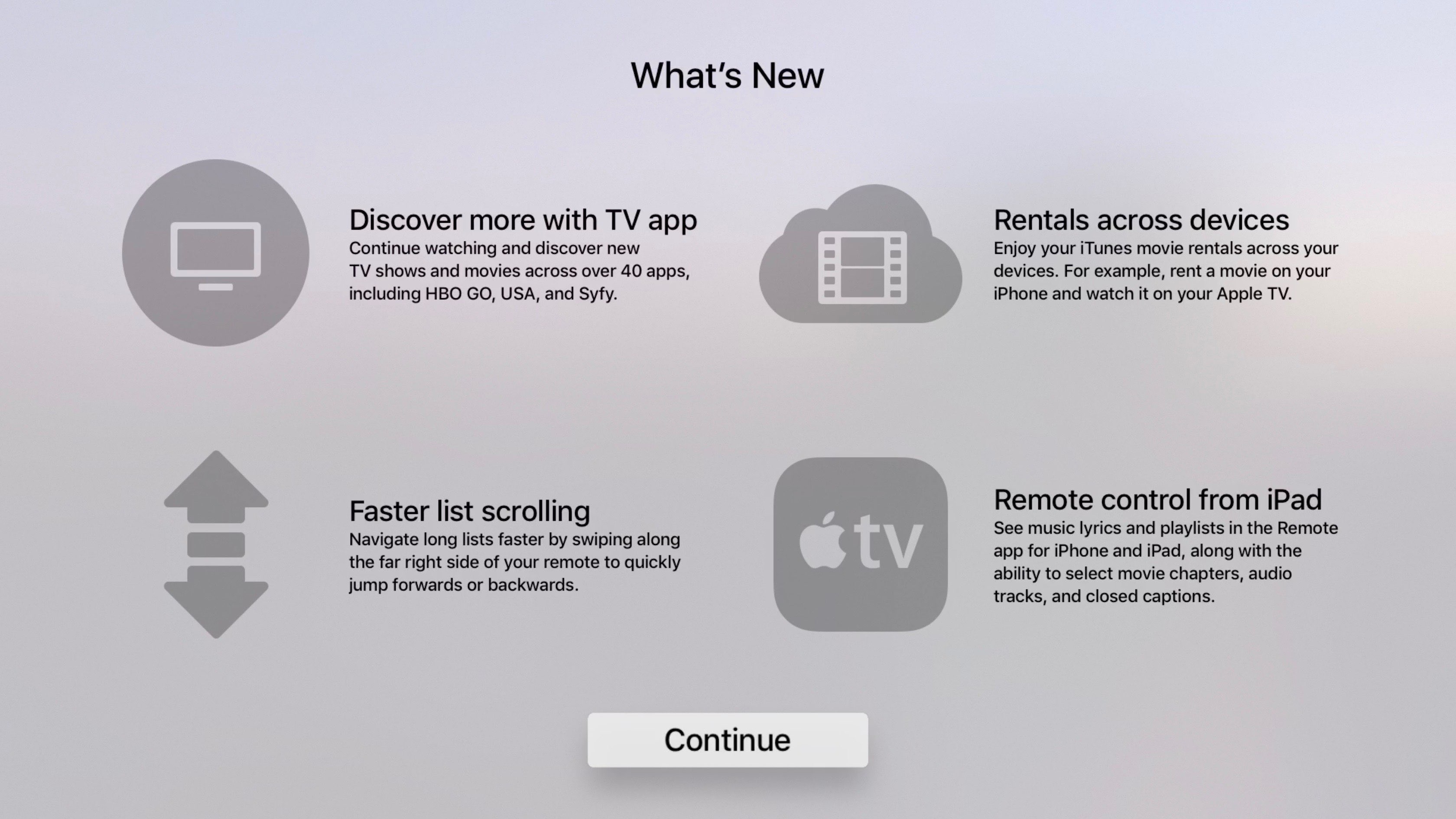 Grab Apple TV Remote at no charge from App Store.

If you’d like to control iTunes on your Mac or Windows PC from anywhere in your home via your iOS devices, you may want to download Apple’s old remote app. Now called iTunes Remote, it was last updated in February 2016 with support for Apple’s Two-Factor Authentication system when signing in for Home Sharing.

Do you use Apple’s Remote apps?