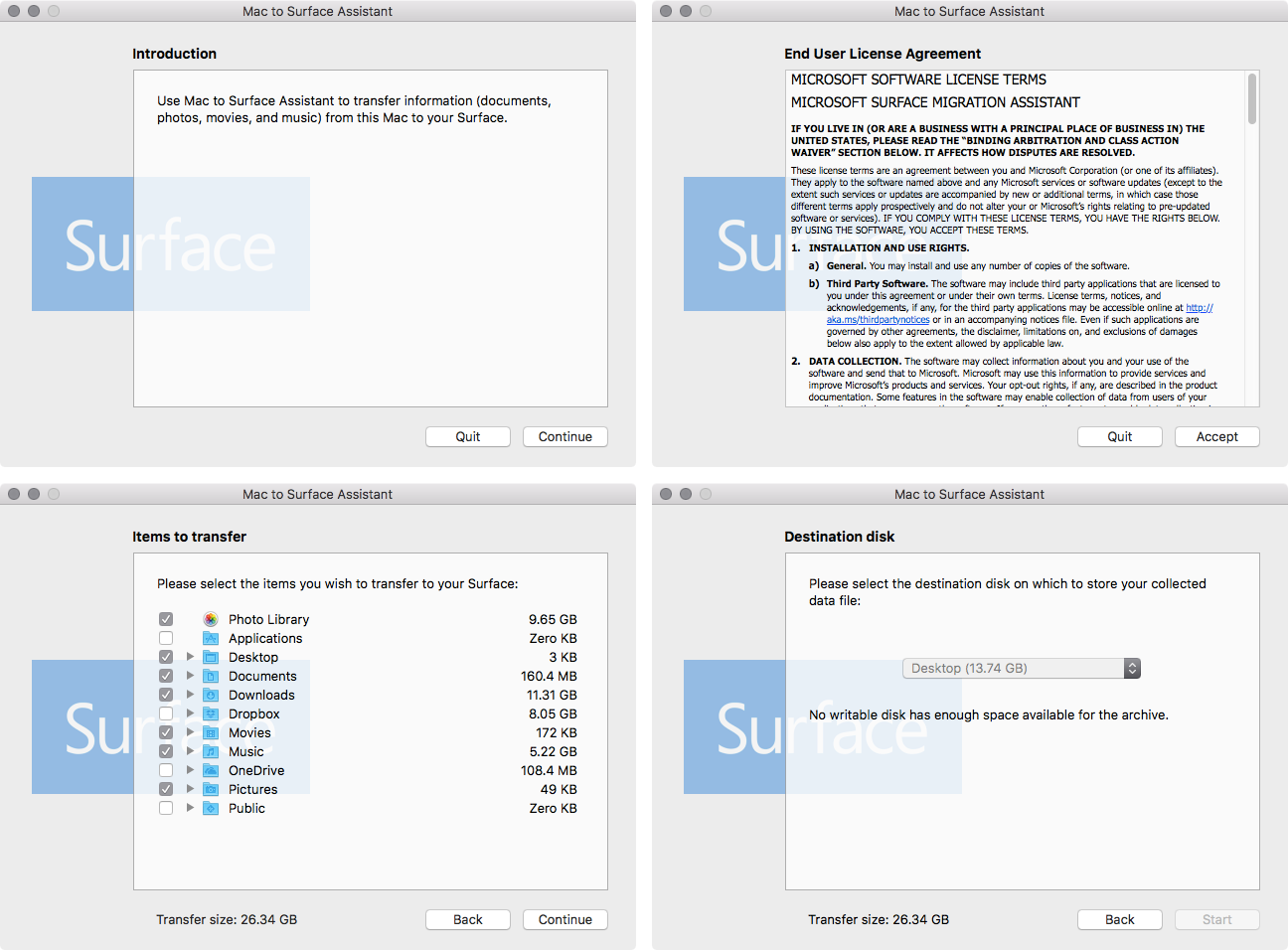 Microsoft is simplifying the process of moving your Mac stuff over to the Surface laptop/tablet hybrid devices. As noted on Twitter three days ago, the Windows maker recently released a brand new app, Mac to Surface Assistant, provided as a free download from the Microsoft website. The migration tool requires an external USB drive and lets Apple users move all their photos, videos, music, mails, contacts, calendars and other files from a Mac to a Surface with a few clicks.

Upon downloading the file “MactoSurfaceAssistant.dmg”, open it from your Mac’s Downloads folder to mount the volume, then launch the “Mac to Surface Assistant.app” or move it to your Applications folder for quick access in the future.

If you get a message saying the file won’t open because it’s from an unidentified developer, right-click it and select Open, then confirm the action from the prompt.

Accept the license agreement and select the items you wish to transfer to your Surface.

You can also choose to transfer over any files that are stored inside other top-level folders on your Mac, like Applications, Public and others. After selecting what you want to move over to a Surface, the app goes on to create a ZIP archive of the selected files, then saves it to an external USB drive that must be connected to your Mac. 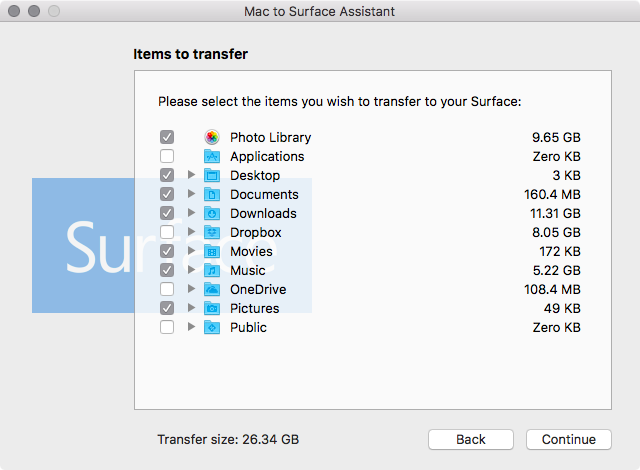 After connecting the drive to your Surface, the ZIP file is transferred over and unpacked automatically, with all the files saved in the right places.

Apple has similar migration tools in its offering.

The free Move to iOS app, which Apple released on Google’s Play Store in June 2015, lets switchers easily copy files from an Android device to an iPhone, wirelessly.

By contrast, Microsoft’s app does not transfer on-device content wirelessly.

TUTORIAL: how to move your Android data to iOS

That tool, built right into macOS, was designed a long time ago to permit users to easily transfer settings, apps, files and other data to their Mac from another Mac or Windows PC, a Time Machine backup or an external disk.

Download the Mac to Surface Assistant app directly from Microsoft.

The Redmond, Washington-headquartered software giant has a detailed document on its website that explains in a step-by-step fashion how to manually move all the files on your Mac over to a Surface tablet or notebook.