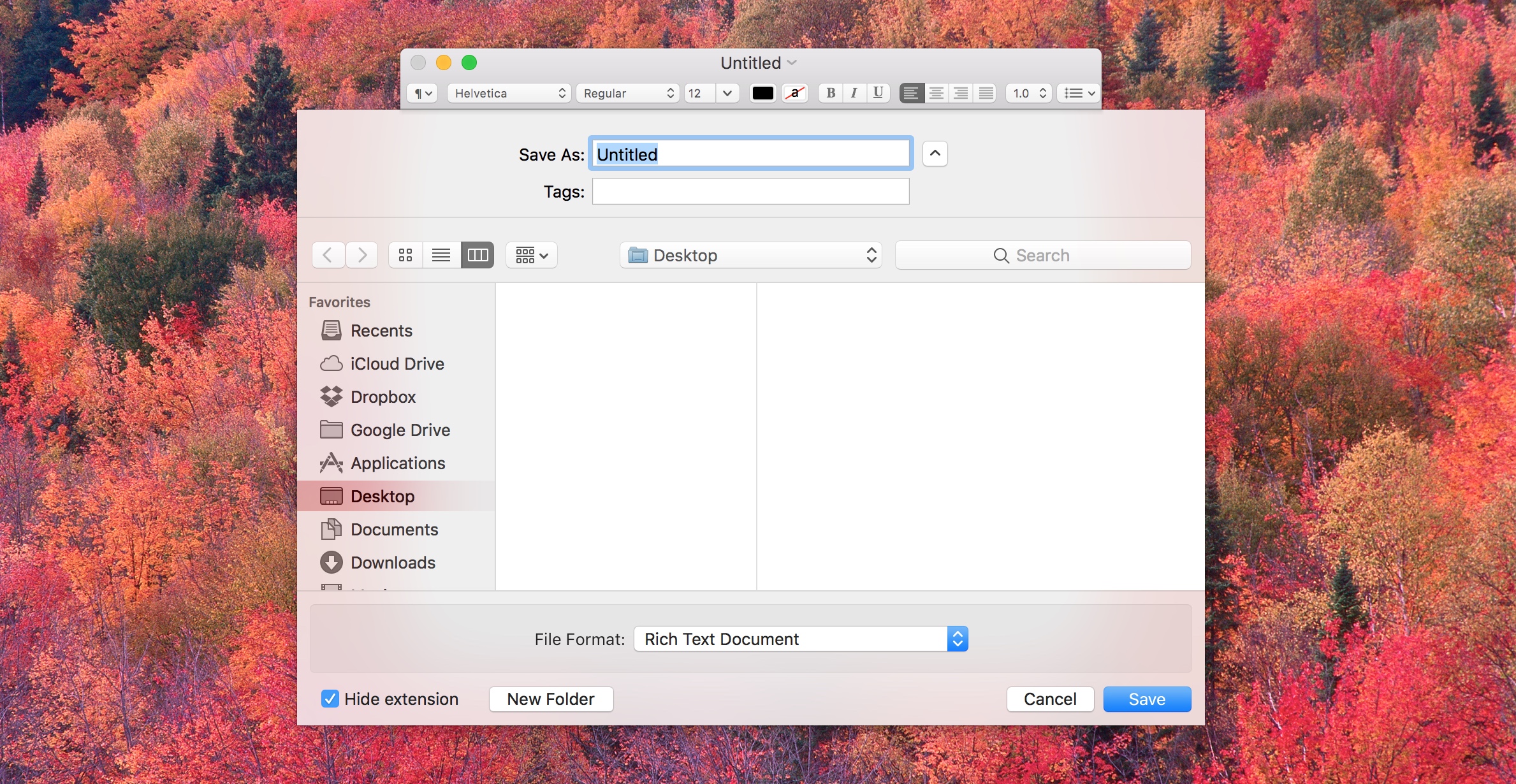 Although this is fine for quickly saving documents to common folders such as Documents or Downloads, it is cumbersome to use the drop-down menu when saving regularly to multiple hard drives and previously unused nested folders. Luckily, there is a way to always show a full file browser in the save dialog for more granular control.

The default save window on macOS is as in the image below: 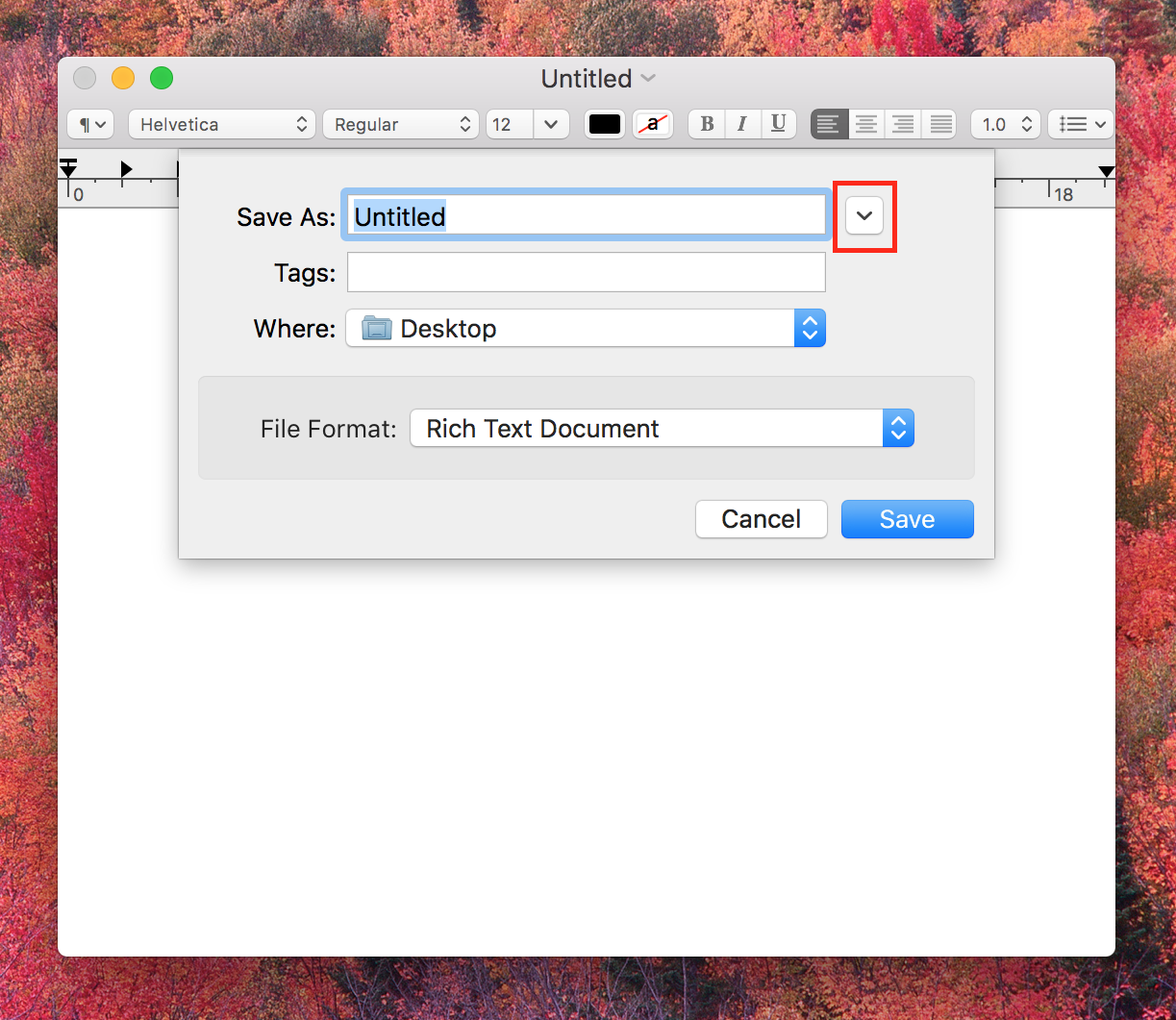 It can be expanded manually, on a one-off basis, by clicking the arrow icon highlighted in the above screenshot. But what if you want the save window to appear expanded by default?

How do I show the full size Save dialog by default?

1) Open Terminal, from /Applications/Utilities, or via Spotlight.

2) At the prompt enter the following command:

Please note, the command is all on one line. Hit Enter to issue it.

Please note, the command is all on one line. Hit Enter to issue it.

4) To check that the defaults have been set correctly, enter the following two commands into Terminal:

If the defaults have been set, both commands should return 1, signifying that the expanded panel setting is on.

5) Launch a program, create a new document, and hit cmd-s to save it. The expanded Save dialog should now appear instead of the traditional smaller panel. The screenshot below shows the Terminal commands, as well as both TextEdit and Microsoft Word demonstrating the expanded Save window behaviour. 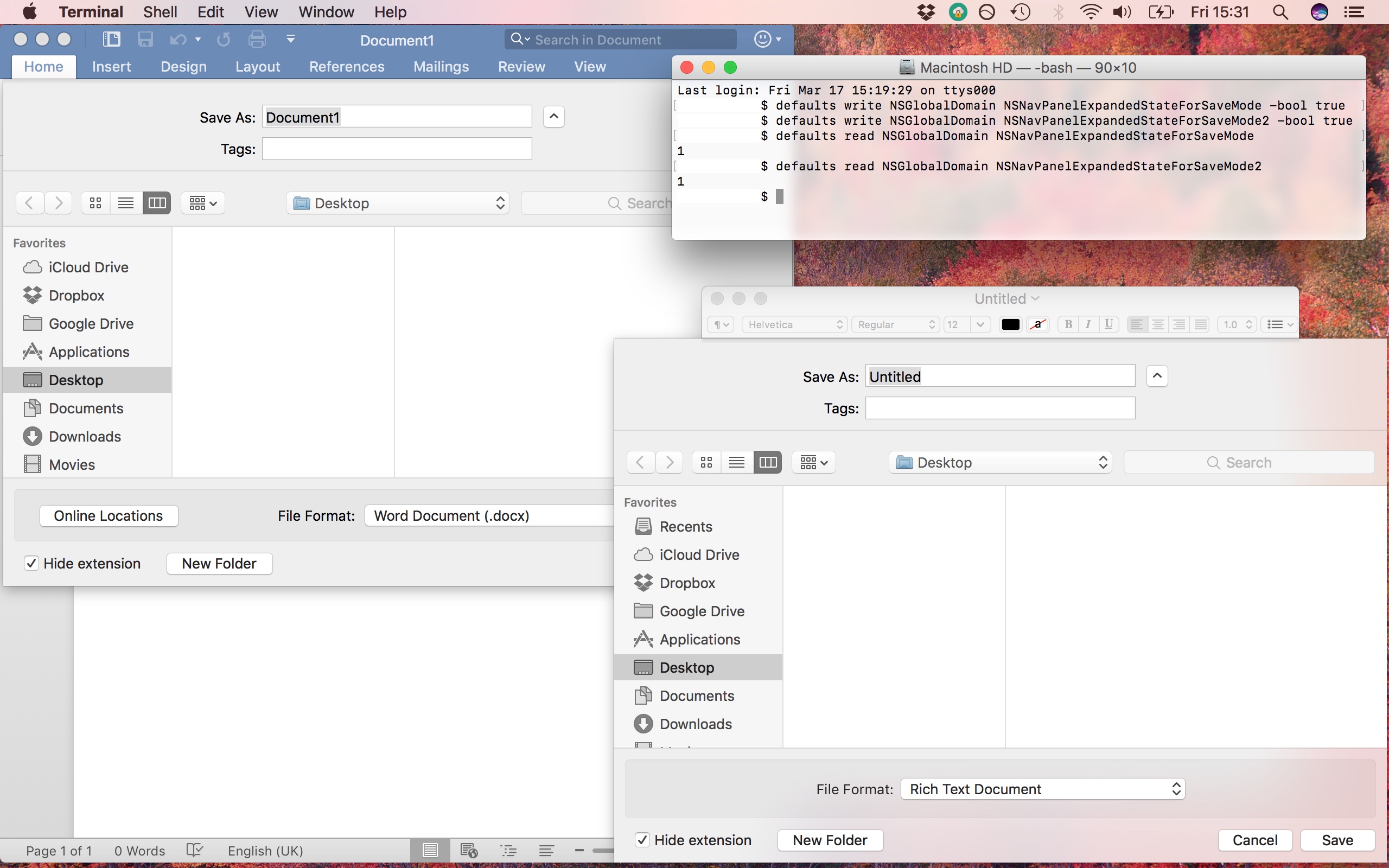 If you decide to put things back the way they were, you have two options. You can completely delete the default settings which you created, or you can simply set them to false instead of true, bringing back the compact dialog. The end result should be the same. I opted for completely deleting them as that was the original state on my machine before setting them.

To delete your changes, enter the following two commands into Terminal:

To set the defaults to false, enter the following two commands into Terminal:

You can check that the defaults have been reverted correctly by entering the defaults read commands into Terminal again:

If you set the defaults back to false, both commands should return 0, signifying that the expanded panel setting is now off again. If you elected to completely delete the settings, these commands should report that no such setting exists, which will also bring back the compact view.

The screenshot below shows the defaults delete commands in action, and two programs demonstrating that the compact Save dialog has returned: 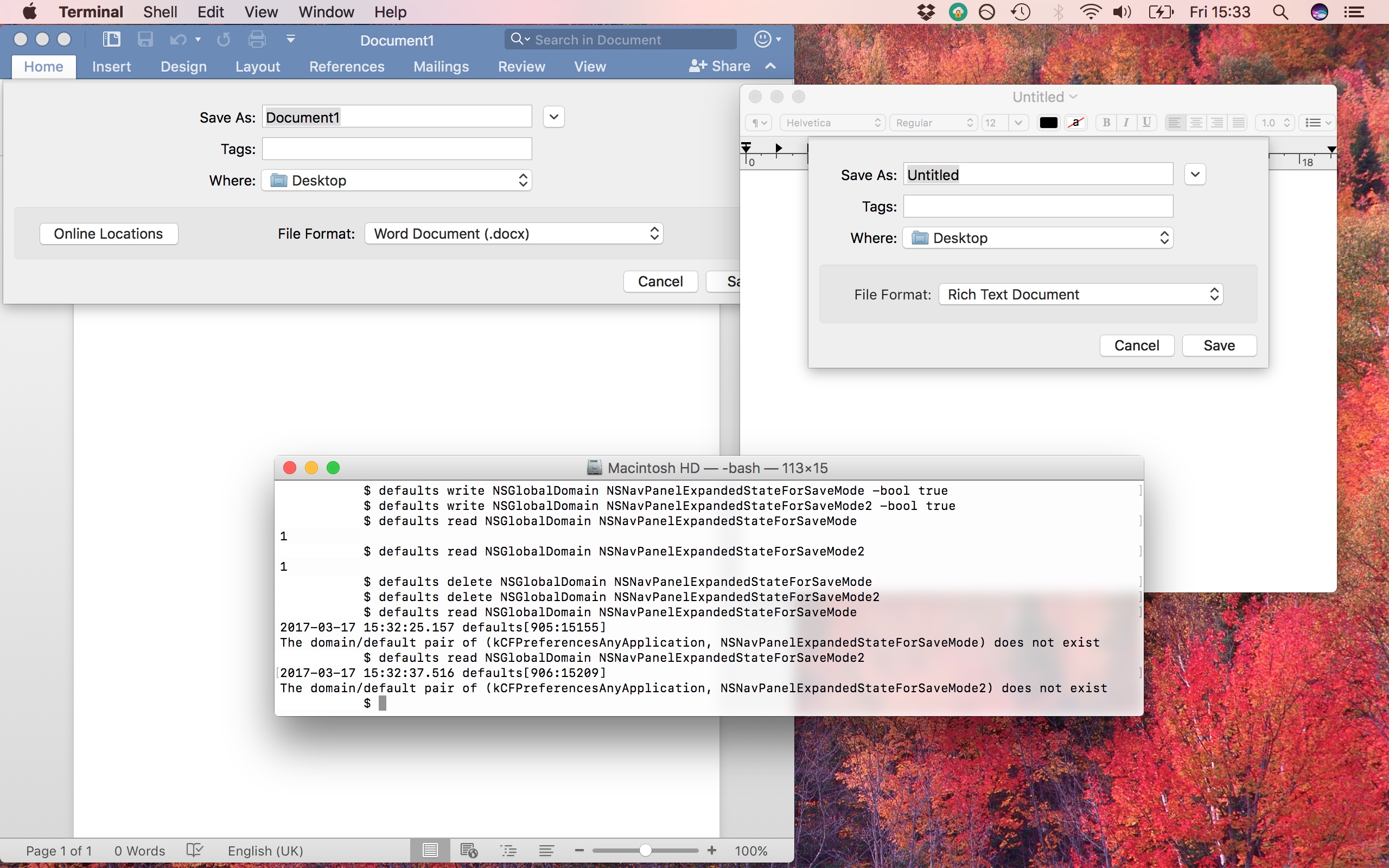 That about does it. This is a useful little customisation for power users, those with custom save locations, and multiple drives. It certainly won’t be for everyone, but you may find that over a long period it can save you a lot of total time, depending on your setup.

Do you have any requests for tutorials or guides? Is there a default setting you would like to have changed? Let me know in the comments section.