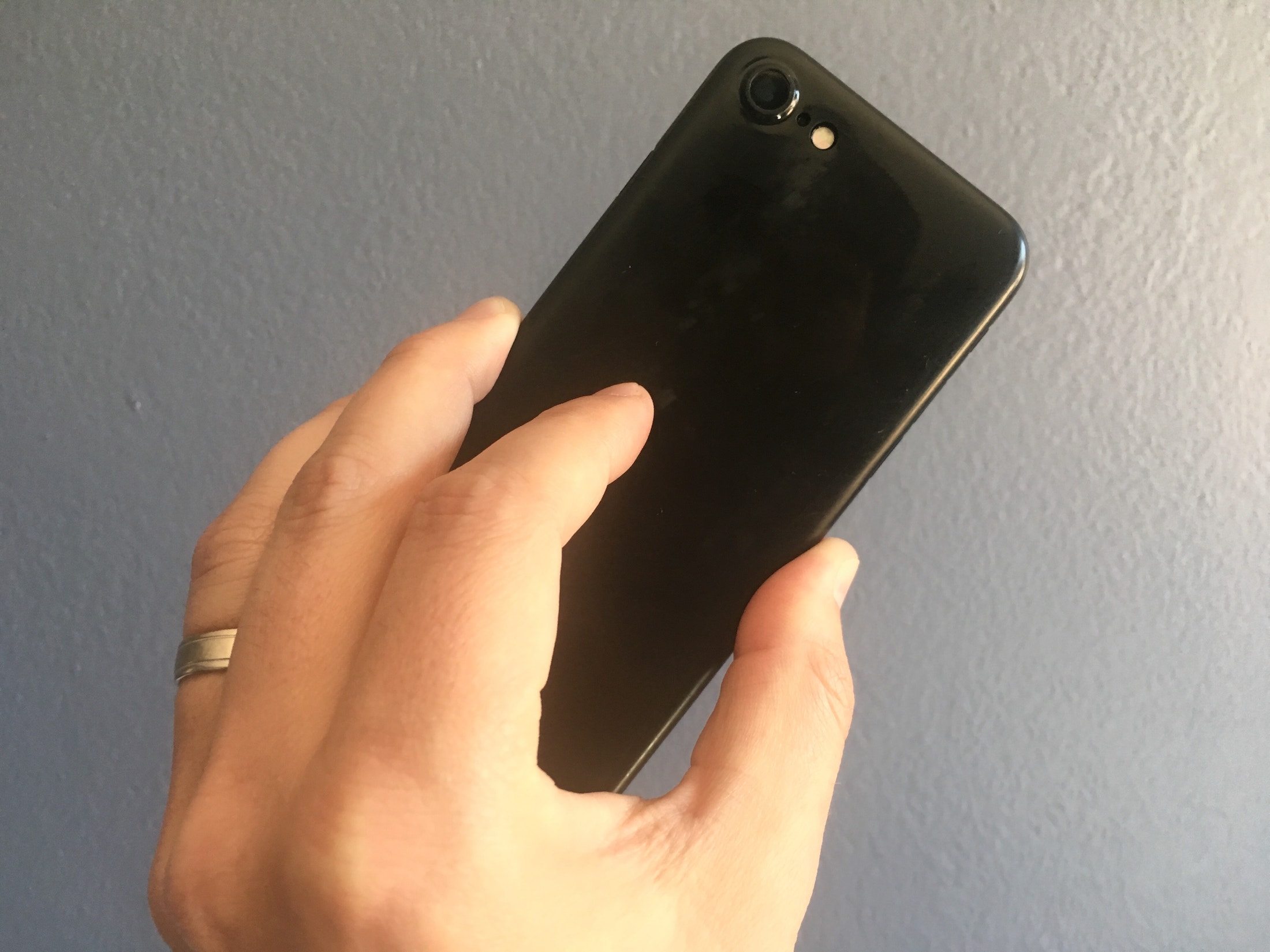 Besides a redesigned camera bump, one of the main differentiator between the iPhone 7 and its predecessor was the new jet black colorway. It’s beautiful and sexy, but as Apple was quick to point out, it’s also incredibly prone to micro abrasions.

The solution offered is to put it in a case, which clearly defeats the purpose of having a jet black iPhone to begin with. And that’s where the folks at Totallee come in with the Scarf, their incredibly light and thin case, now available in jet black and jet white.

Loyal iDB readers will be familiar with the brand. Back in 2014, I already called the first version of their case the perfect ultra thin case for minimalists. Since then, Totallee has improved on the case design while keeping true to its ultra minimalism essence. 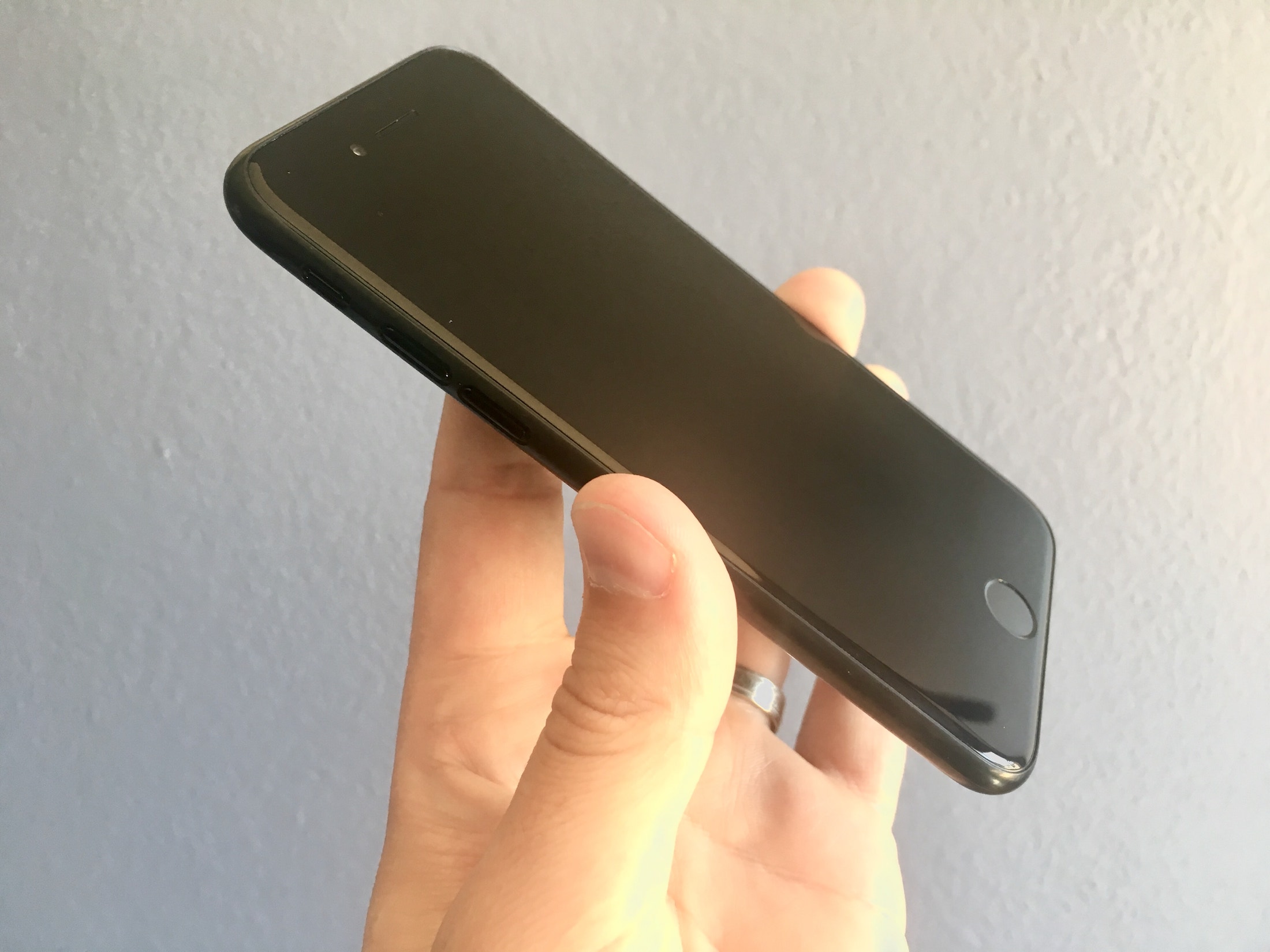 At just 0.02”, the Scarf is incredibly thin, and unbelievably light. So much so that when you hold the case alone in your hand, it literally feels like there is no weight to it. When installed on an iPhone 7, it also feels and looks like it’s not there. These obvious characteristics make the Scarf the best case for people who don’t like cases.

Like all minimalist cases, this one doesn’t offer much protection. It will protect your iPhone from scratches and every day wear, which really is all I’m asking from it, but it will certainly not offer any meaningful protection in case of a drop.

Compared to the previous version I had, this one now covers around the Lightning port and the speaker grilles as well, while still allowing you to dock your iPhone without having to remove the case or anything.

But maybe one of the best selling points of the new Scarf is the new colorways available, specifically the new jet white and jet black options. 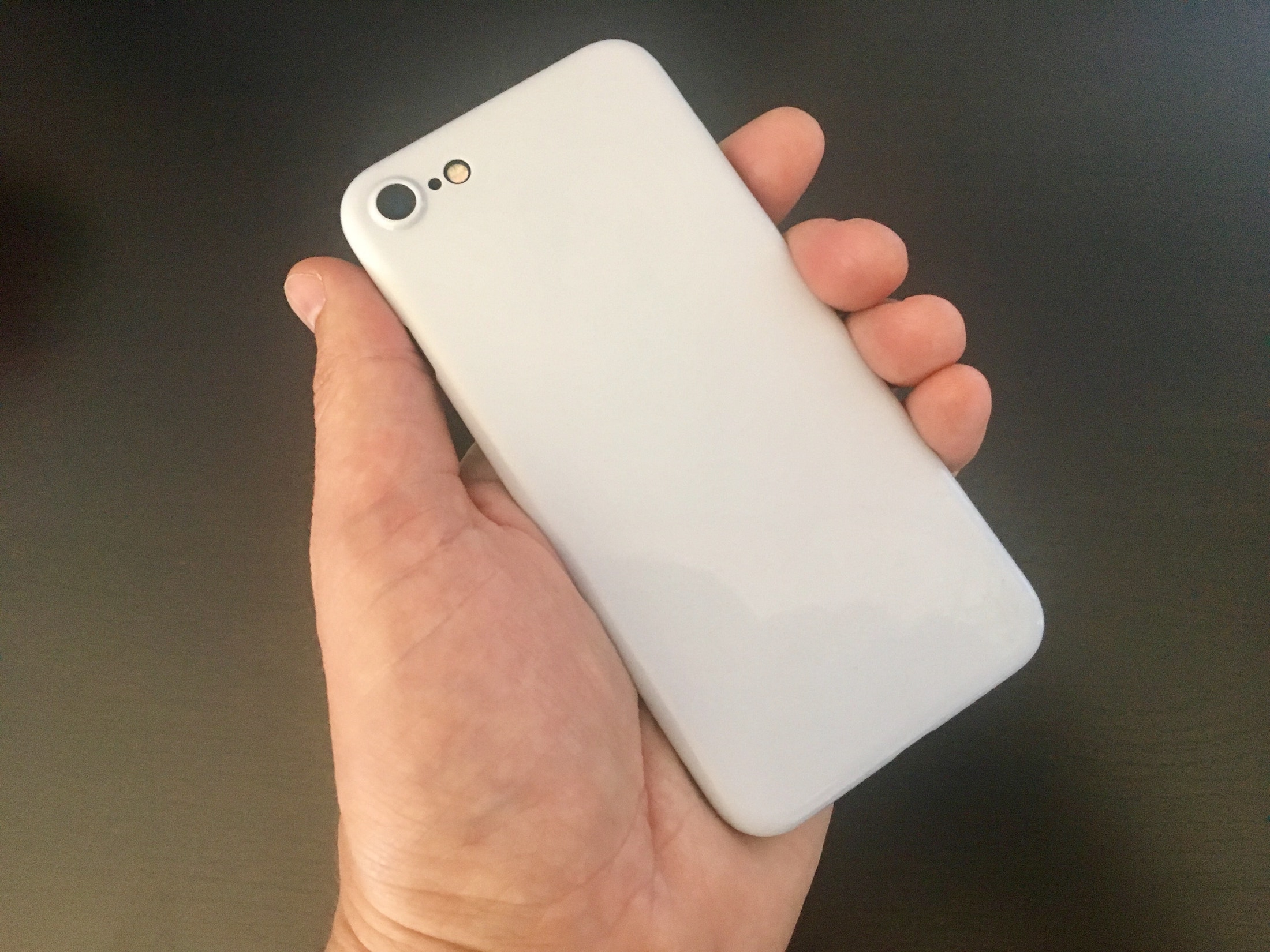 Just like the names suggest, these two cases will mimic Apple’s new jet black, but also take a stab at figuring out what a jet white option would be. And it does so fantastically well.

To the untrained eye, the Jet Black option is a mirror copy of the original finish from Apple. For the story, it took my wife a couple weeks until she asked if I was actually using a case on my iPhone. It’s that well made.

The jet white is a little more obvious, but probably could still pass for an actual body finish to your less tech savvy or more gullible friends. It’s that good too.

Ironically, the jet black version seems a little more prone to scratches than the white version. To be completely honest though, I have been a bit tough on the jet black, sliding it on various surfaces to really put it to the test, and it shows.

The jet white has been faring incredibly well, although I must admit I’ve been much more gentle with it. After a couple weeks or so of usage, it barely shows any abrasions or scratches.

It’s hard for me to pick a favorite at this point. I really love the jet white because it makes my iPhone look like nobody else’s. The only first word problem I have with the jet white is that it clashes with the black front panel of my iPhone 7. Would I have a white front, it would be the killer combo. 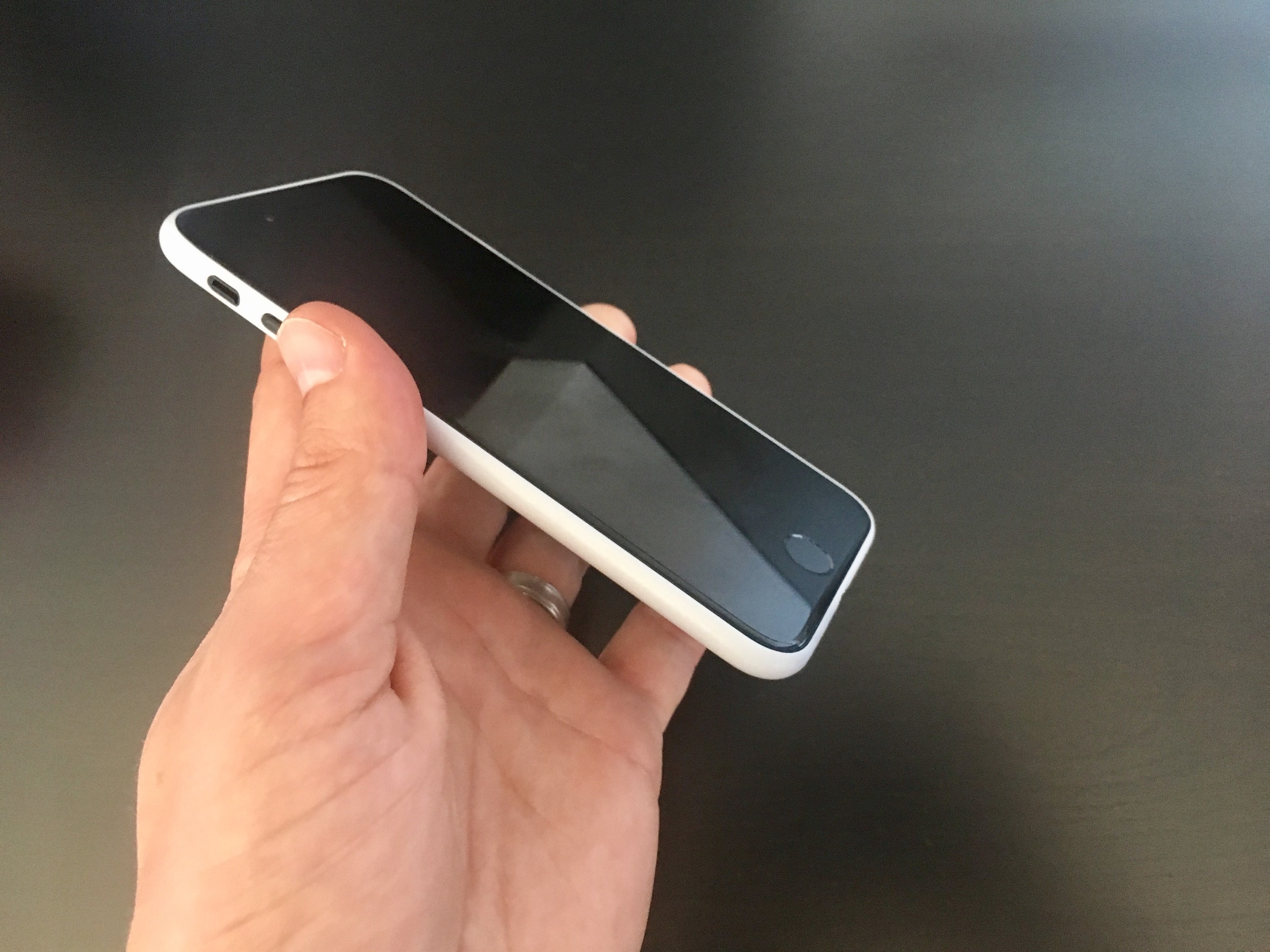 Either way, the new Scarf is arguably better than it ever was. Yes, the new color options are the main reasons to get them to begin with, but the added scratch protection it offers shouldn’t be disregarded either.

If like me you’re a self-proclaimed minimalist, then my recommendation is to get the new Scarf in either jet black or jet white. If these two don’t really tickle your fancy, then check out their other colors available.

As for pricing, it is pretty simple. All models are available for either $18.99 or $19.99, depending on the size and color choice:

I don’t often spend 700 words writing a post about a minimalist iPhone case, but when I do, you can trust that I feel 100% confident recommending it. If full protection isn’t an issue and you want something to either change the look of your iPhone or just get minimal scratch protection, then go ahead and grab yourself a Scarf.