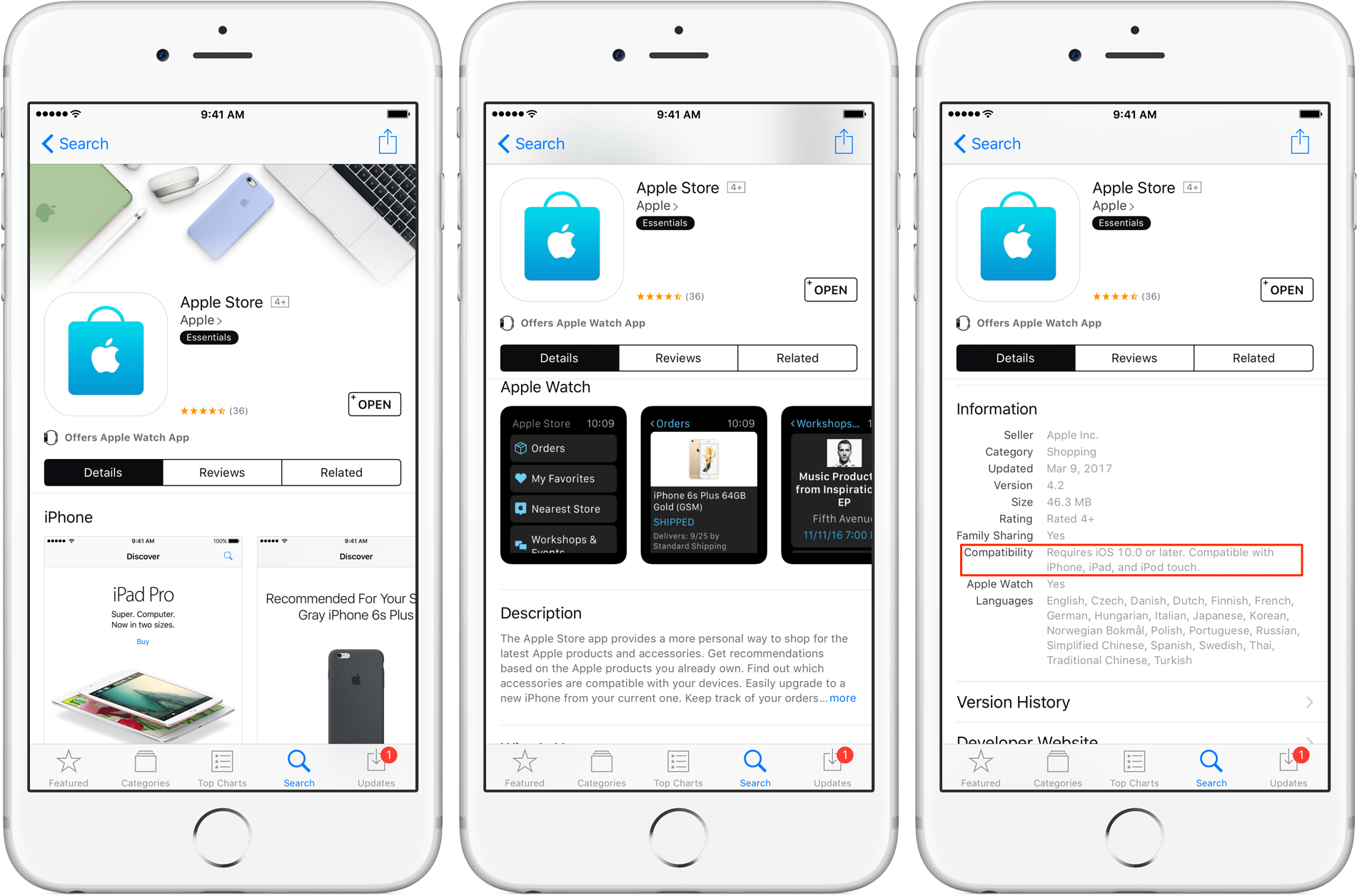 Apple’s mobile shopping app, aptly named Apple Store, now requires iOS 10.0 or later. This requirement happened in the last three days and even though it’s not a huge deal, it deserves to be mentioned. The app’s most recent update, dated March 9, included only “various improvements and performance enhancements,” according to Apple’s release notes. Apple Store for iPhone, iPad and Apple Watch is available at no charge from App Store.

Like Pages, Keynote, Numbers, GarageBand, AirPort Utility and other iOS apps from Apple, the Apple Store app is not part of iOS 10’s set of preloaded first-party apps so users must download it manually from App Store. If you already have the app installed and attempt to launch it, you’re greeted with an error message.

“The Apple Store app now requires iOS 10.0 or later,” reads the warning message. The prompt invites customers to update their device to the latest version of iOS “today” and offers an Upgrade button that invokes the Software Update mechanism.

Attempting to download the Apple Store app from App Store via an iPhone, iPad or iPod touch running an earlier iOS version yields a similar message saying the app cannot be installed because it requires iOS 10.0 or later. “You must update to iOS 10.0 in order to download and use this application,” reads the App Store prompt.

iOS 11 may only support 64-bit apps because the upcoming iOS 10.3 software update includes a reworded prompt that now warns you after opening a legacy app that 32-bit apps “will not work with future versions of iOS.”

In February 2015, Apple started requiring that any new apps submitted to App Store offer 64-bit support. Since June 2015, all updates to existing apps must include 64-bit support as well.

According to Sensor Tower, 47,300 legacy apps vanished from App Store in October alone. The firm estimated that iOS 11 could kill an additional 187,000 apps later this year unless they’re updated for iOS 10, or about eight percent of all titles on the store.

Apple is expected to reveal iOS 11 and other major updates to macOS, watchOS and tvOS during its Worldwide Developers Conference in June.