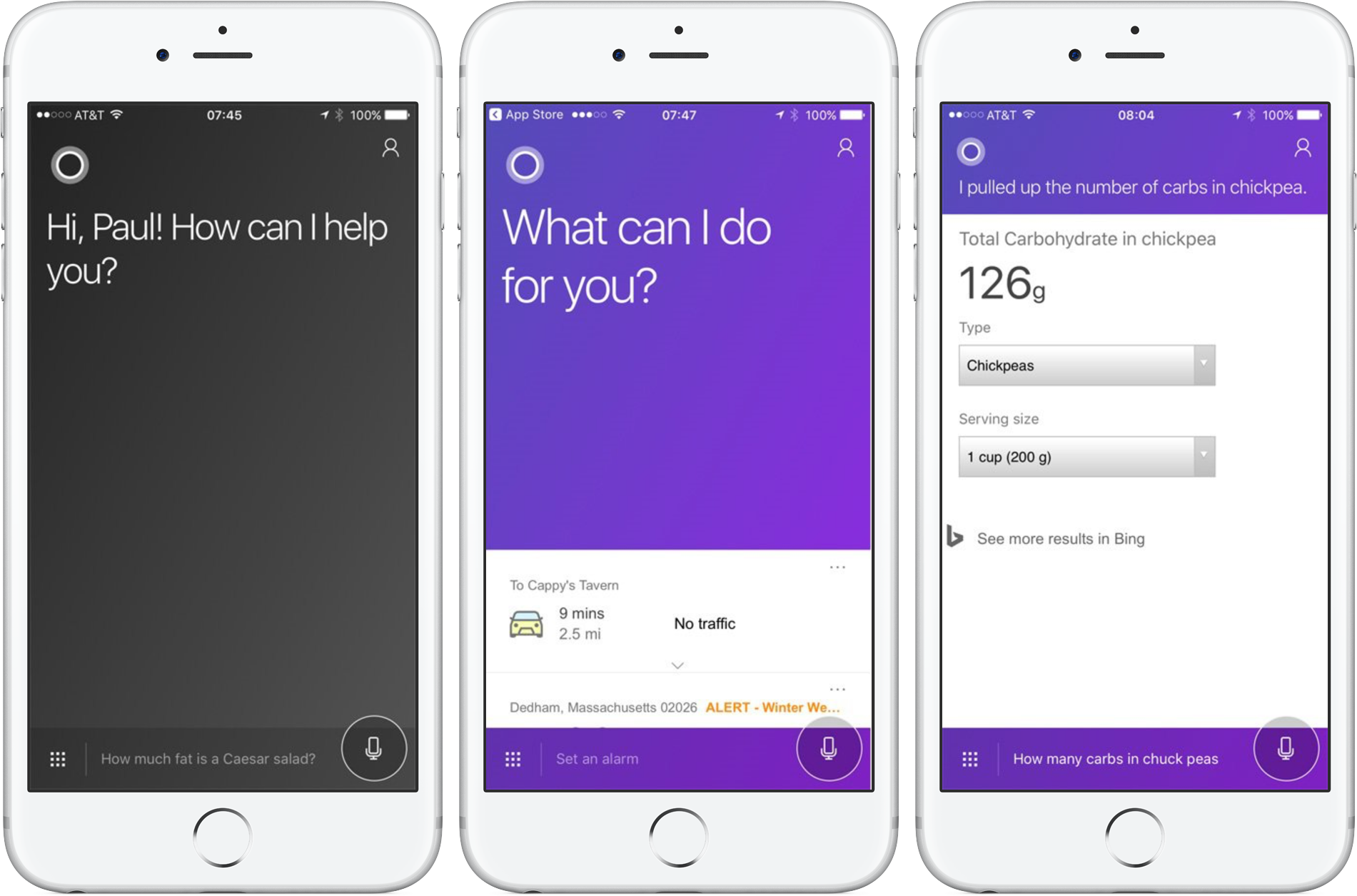 Microsoft today rolled out a major update to its Cortana personal assistant app for iPhone, with enhancements like faster page transitions, improved app responsiveness and overhauled user interface all part of the update. The new version arrived three months after its release on Android. Design improvements in Cortana 2.0, a free download from App Store, include a fresh new look with an improved user experience, immersive full-page answers and overhauled calling, texting and reminders.

Cortana has switched its dark gray interface, seen on the screenshot top of post, at left, for a purple one (its redesigned Home screen icon matches the new styling nicely).

The calling, texting and reminders screens sport a fresh new look, too. Lastly, Microsoft says that questions such as “Show me top headlines,” “When does Fall begin?” “Where was Obama born?” and so on now produce more immersive full-page answers.

Here’s a video overview of the redesigned Cortana app.

Cortana 2.0 for Android launched three months ago, but Microsoft is already working on an upcoming 2.5 update that will bring Cortana support to Android’s lock screen.

The feature is unlikely to be part of Cortana’s upcoming iPhone update because Apple currently does not permit third-party apps to run on the Lock screen (though Microsoft could provide a Cortana widget for the Notification Center and Lock screen).

Grab Cortana for iOS at no charge from App Store.