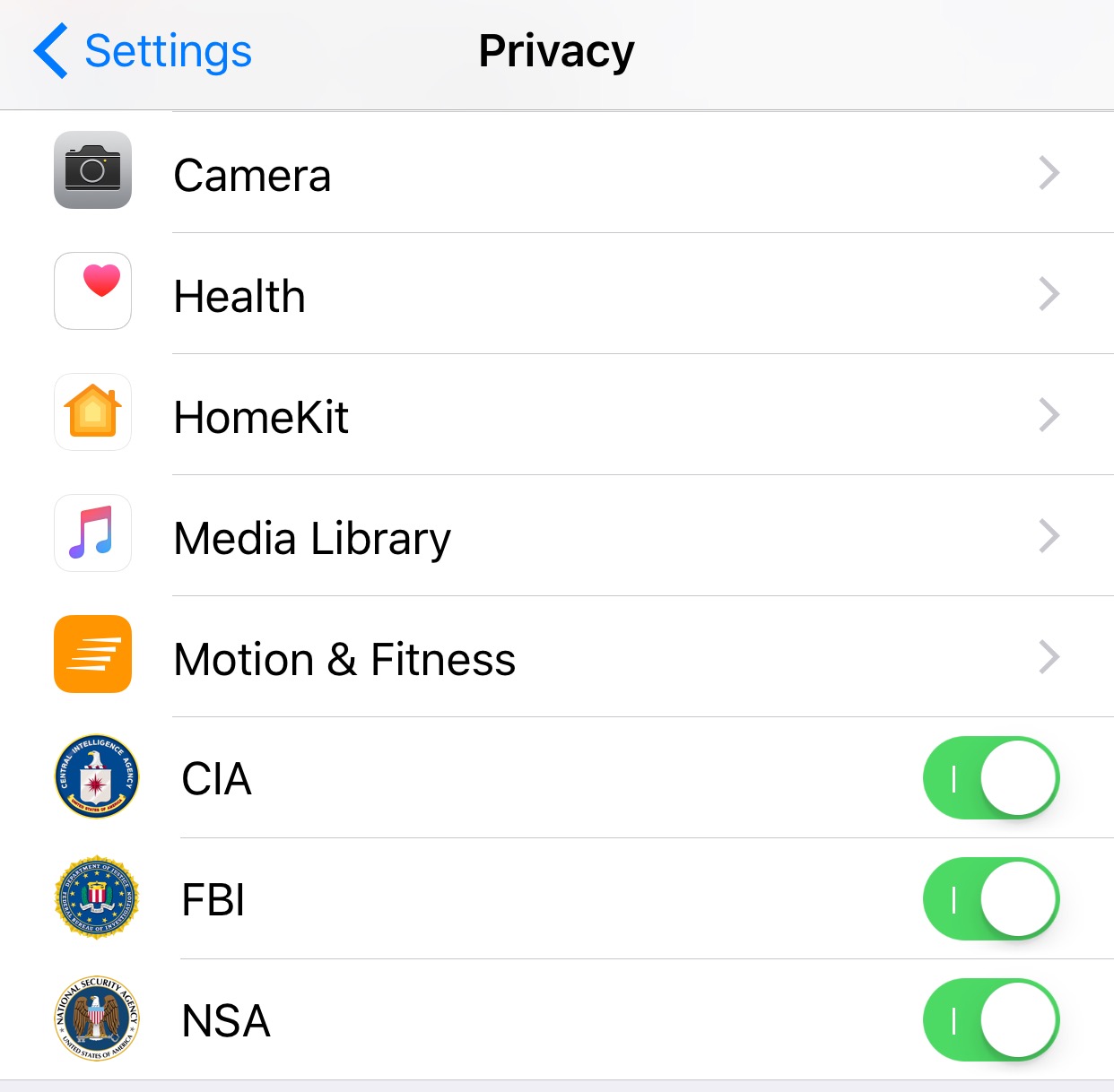 Amid all the recent buzz surrounding Wikileaks and government agencies hoarding security holes for surveillance purposes, it seemed like the perfect time for iOS developer wizages to release a fun gag jailbreak tweak dubbed Build That Wall.

This tweak adds a few new switches to your device for togging surveillance from various government agencies on or off on demand.

As a gag tweak, Build That Wall doesn’t actually do anything, but it’s still a humorous conversation piece to bring up with your friends, family, and co-workers.

Just imagine the confused and skeptical look on all of their faces when you show them that you have the power to toggle government surveillance of your personal handset on or off on demand. Priceless!

To use the tweak, you need to go to Settings → Privacy. Here, you’ll find three new toggle switches for the CIA, FBI, and NSA: 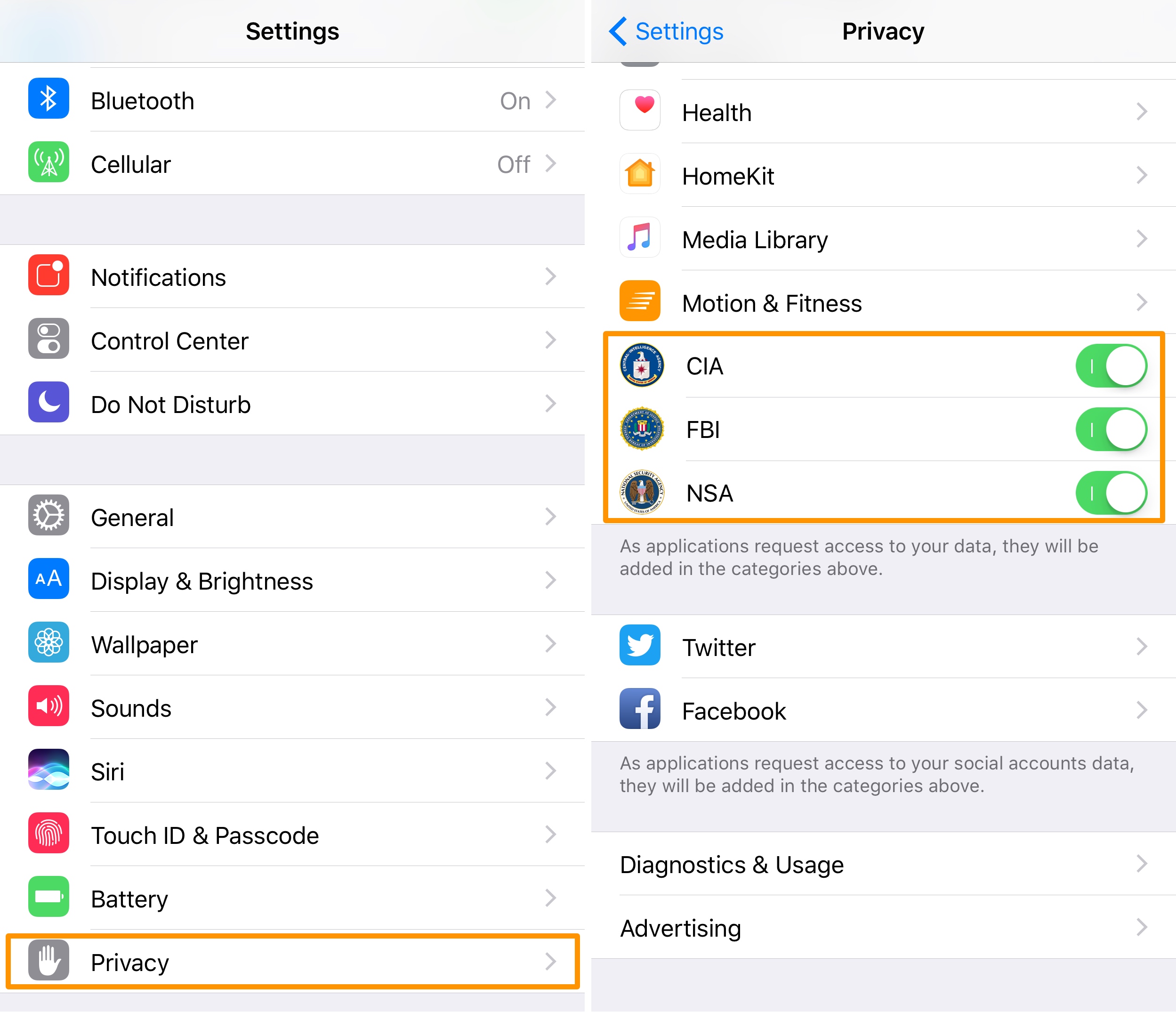 The toggle switches, which come complete with detailed icons for each government agency, turn on and off like any other switch in the Settings app would, but because the tweak is a gag tweak, nothing is actually happens when you change the position of the switches.

Nevertheless, it looks convincing and it’s well-conceived being that the toggle switches are added directly to your iPhone’s Privacy preferences pane.

Build That Wall is available for free from Cydia’s BigBoss repository right now for free and works on all jailbroken iOS 10 devices. The tweak is also open source and can be viewed on GitHub.

Disclaimer: This tweak does not enhance your privacy. We are not responsible if the government actually does spy on you.

Will you be downloading Build That Wall to prank your buddies? Share in the comments below!