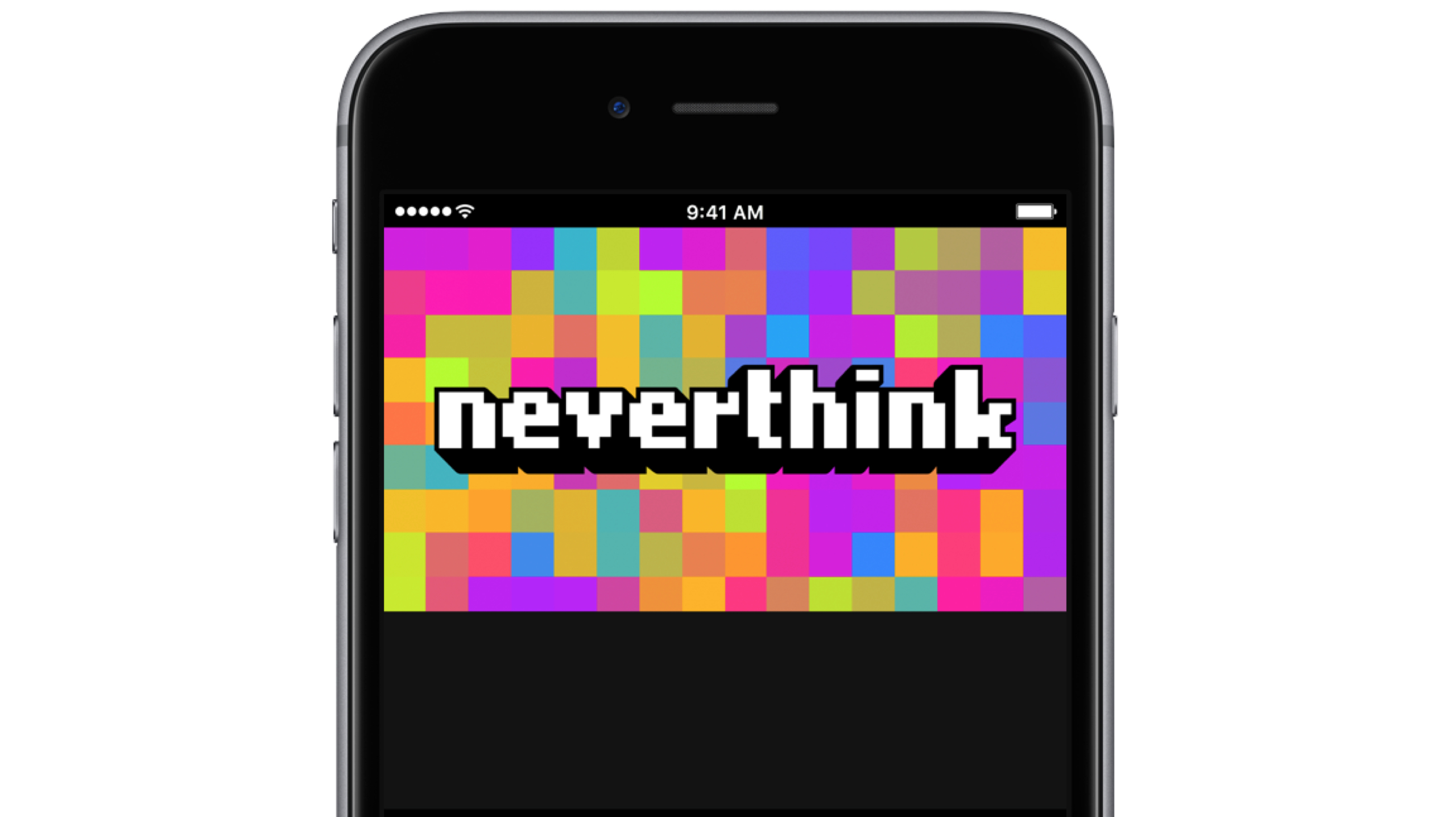 If you sampled a bunch of people and asked them about their favorite downtime activities, chances are there would be a fairly even split in numbers between respondents choosing a good book over other forms of entertainment and those drawn to the audiovisual media instead. Folks of the latter segment know best for themselves where to get their daily dose of videos from, but places such as Netflix, Youtube or Hulu are generally speaking a solid bet. Internet empowered services aside, there is credible chatter that in the shadows of society, some renegades continue to resort to a traditional TV set for their spate of mindless diversion.

Whether you find yourself all too often hunting for new videos to watch during lunch break or you identify with the dwindling TV crowd, a brand new app called neverthink could be for you. That’s because it marries the old-fashion convenience of always-on programming with the excitement of the sometimes mercurial internet. Neverthink wants you to never again think about what videos to dig up next and their way of going about it is unique enough to potentially strike a chord with you.

Neverthink takes the formula of good old television (and what makes it so appealing to the sofa segment) and smartly repackages that framework: on launch, you are in essence tuning into a long loop of online clip after online clip, procured from a wide range of sources including the likes of Reuters, YouTube or Reddit. These clips are patched together nicely, one segment at a time and in a fashion seamless enough to dupe you into believing you’re watching an uninterrupted TV broadcast. In the background, neverthink pulls the strings by categorizing each new clip to ensure appearance on the right channels, all assorted by genres. The end product of this endeavor is a slick in-app channel directory resembling your TV box, including (but not limited to) dedicated channels for News, Music or Talk Shows.

What’s so enticing about it, you ask? Put simply, this is the closest thing to turning on your TV and kicking back, except on your iPhone or iPad. You no longer have to be proactive about finding online videos, but flick on a channel and here’s your entertainment, enjoy. Take the News channel as an example, which feels legitimate enough to be mistaken for a telecasted news network, something that makes it a perfect repository if you have some time to spare and need your daily news fix – the sofa segment will almost certainly approve.

Neverthink has dropped only a few days ago, in other words it is about as new as apps come. As a consequence, the interface is kind of plain and offers virtually no options to tweak or customize the experience yet. Conversely, that also means less bloat and visible commercialisation than we can expect to be incorporated at a later stage in its lifecycle. It comes polished out of the gate though, and next to perhaps a missing cog icon for settings, you’d be hard pressed to find significant gripes with the app.

In my short time with neverthink, I sometimes wished the app would enforce a slightly longer minimum playtime bar for individual clips to clear, since a cluster of one-minute videos in short succession can occasionally break the watching flow a little. First world problems are the best.

Other than that, I have zero qualm recommending this app for a spin, so instead of ravaging the web for new material every evening or watching another re-run of a generic sitcom on TV, try neverthink while it’s hot.

Neverthink requires iOS 9.0 or later. Find it for free in the App Store.