Berkshire Hathaway’s position in Apple is now more than twice as large as previously disclosed at $18.2 billion, investment tycoon Warren Buffett told CNBC in an interview on Monday. At the end of last year, Berkshire Hathaway owned 61 million Apple shares, worth $7 billion at the time.

Buffet’s annual letter to shareholders, which included a regulatory disclosure of its long positions, has revealed that his conglomerate had purchased about 120 million shares of Apple in 2017.

“Apple strikes me as having quite a sticky product,” Buffett said.

That means Berkshire Hathaway purchased the additional 72 million shares in January ahead of Apple’s earnings report on January 31. Although Buffet said he’s increased a stake in Apple “because I like it,” he did caution that Apple’s share price is now so high that it is no longer an attractive investment.

“We can change our mind tomorrow,” he said. “We have not bought Apple since the earnings report came out because it shot up some then. One of the fellows in the office has about ten million shares and I have, for Berkshire’s account, 123 million.”

Aside from Apple, Berkshire’s holdings include auto-insurer Geico, publicly traded conglomerates such as Coca-Cola and American Express and more. Here’s the list of Hathaway’s 15 most common stock investments that had the most value at the end of last year, as revealed in the February 25 annual letter to its shareholders. 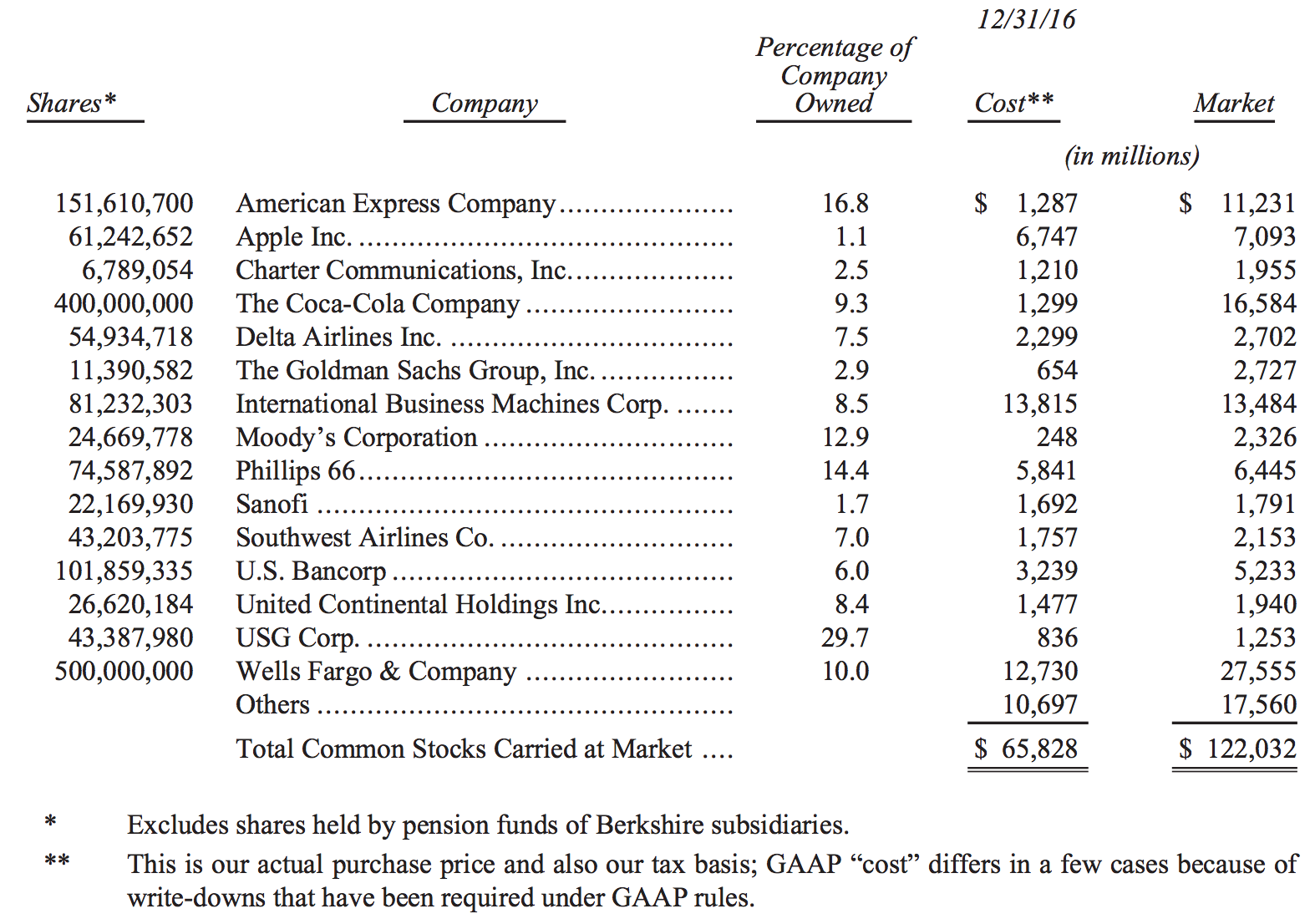 Apple shares have risen 12.6 percent since the January 31 earnings report.

Berkshire’s Apple stake, at 133 million shares, was worth about $17 billion and amounted to Berkshire’s second-biggest holding.

The holding company reported a fifteen percent rise in profits as its varied investments continued to pay off in the fourth quarter of last year. Berkshire’s equity portfolio was valued at $122 billion at the end of 2016.

Update to macOS Big Sur 11.5.1 to protect your Mac against a vulnerability exploited in the wild

Apple’s next external display could integrate A13 Bionic with Neural engine, likely for Face ID

How to watch the Olympics on your iPhone, Mac, or Apple TV