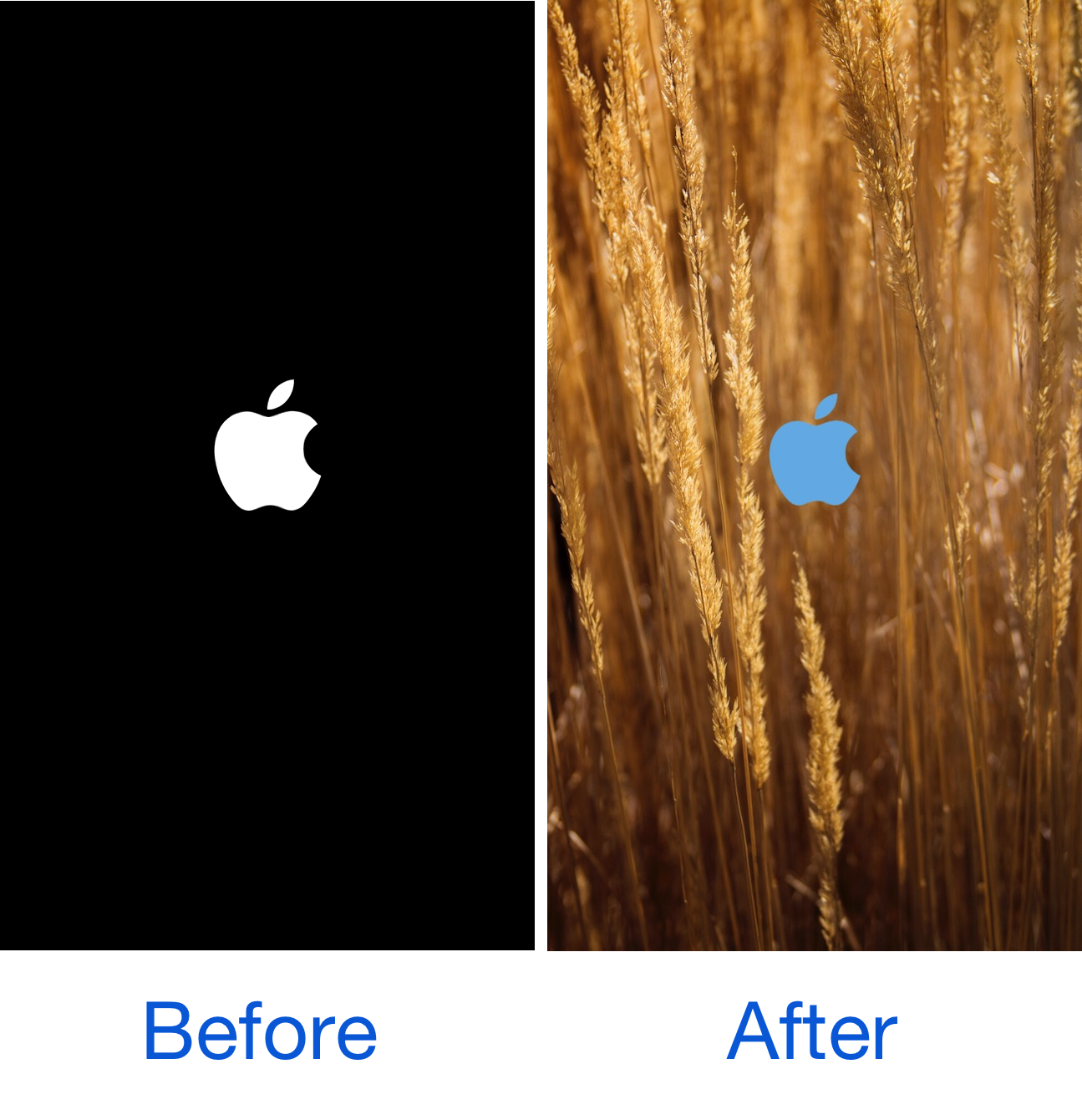 As we showed you last week, MakeRespringsGreatAgain allowed you to resurrect the classic Apple logo-based respring screen, a classic screen that iOS 10 jailbreakers typically don’t get to see anymore.

On the other hand, if you wanted to take things a step further, a new free jailbreak tweak called SpringChanger by Wizages is worth trying out because it lets you customize the respring screen beyond recognition.

This tweak lets you considerably alter the way the respring screen looks out of the box by providing you with options for colorizing the Apple Logo and the background separately from one another. In addition to that, you can even set up your own custom background by using images from your own Photo Library if you wanted to.

For someone who’s respringing all the time, like themers and those who install or uninstall tweaks on a daily basis, SpringChanger provides a way to customize something that’s always in your face. That said, it might be worth the time and effort to make it look better, depending on your own tastes of course.

The tweak adds a new preferences pane to the Settings app where you can configure its options to your heart’s content: 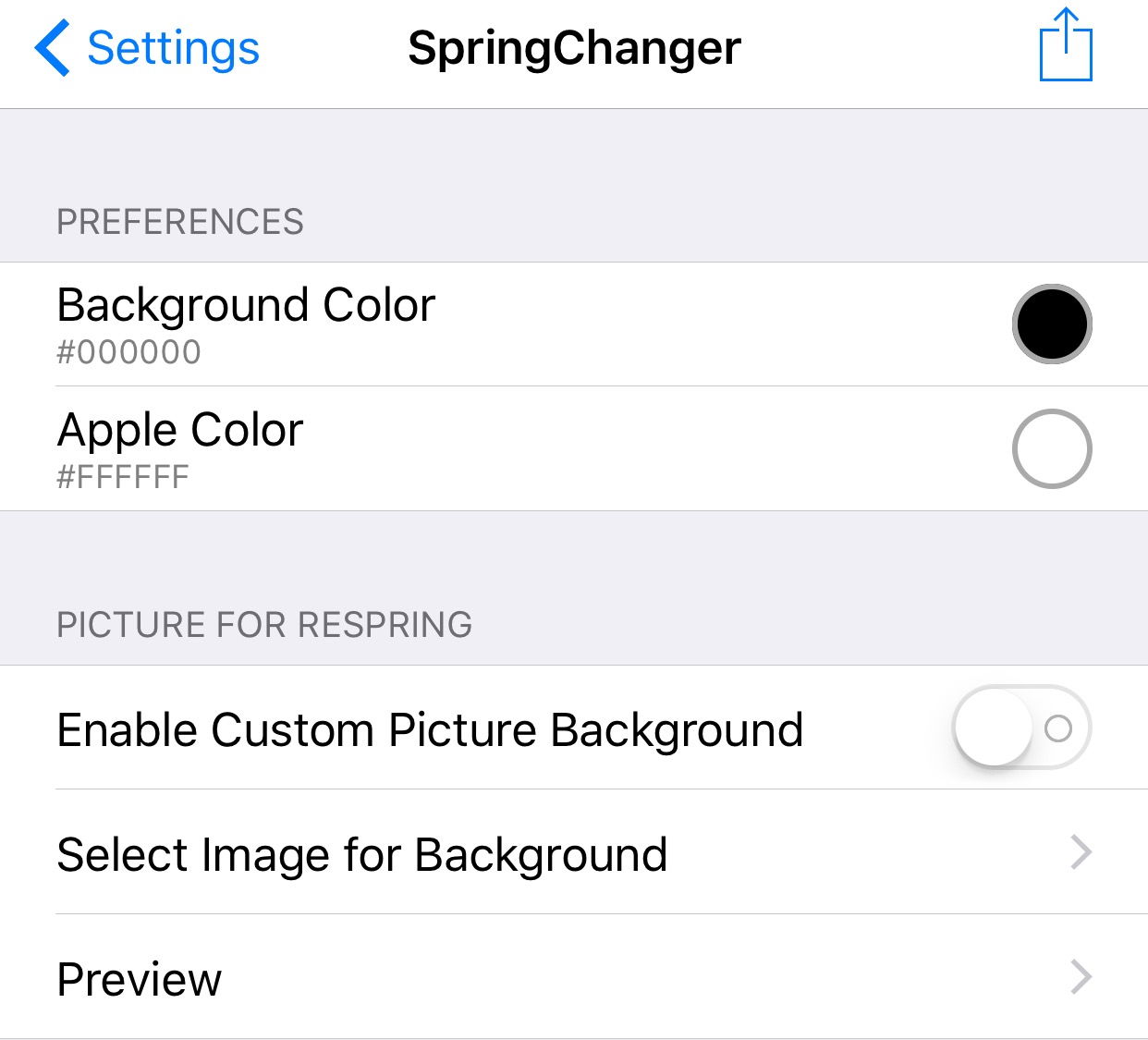 Here, you can individually customize the colors of the Apple logo and the background to be anything you choose. More importantly, Because you utilize a color picker to do this rather than a list of color presets, your colorization options are virtually limitless.

Underneath the color configuration settings is a toggle switch you can enable for setting a custom background image rather than a solid color. Once enabled, you can then tap on the Select Image for Background button to choose an image from your Photo Library that will be used as your respring screen’s background.

Whenever you’re ready to see what your current settings look like, you can tap on the Preview button to get a sample without actually respringing your device. If you like what you see, you can just leave them alone; if you decide it still needs tweaking, you can go ahead and reconfigure it and preview your changes once again.

You should know that if you’re using an iOS 10 device, you will need to install MakeRespringsGreatAgain first before you can install SpringChanger. If you don’t already have it, it will be installed automatically as a dependency.

For what seems to already be a great tweak to start, the developer has even more in store for the tweak in the near future. Even more features and settings should be coming soon in an update, including alpha level adjustments to further spice up the way your respring screen looks.

SpringChanger works on all jailbroken iOS 10 devices and is available for free from Cydia’s BigBoss repository. The tweak is also open source, so to learn more about what makes the tweak tick, you can view the source code on GitHub.

Will you be spicing up your respring screen with SpringChanger? Share in the comments below!