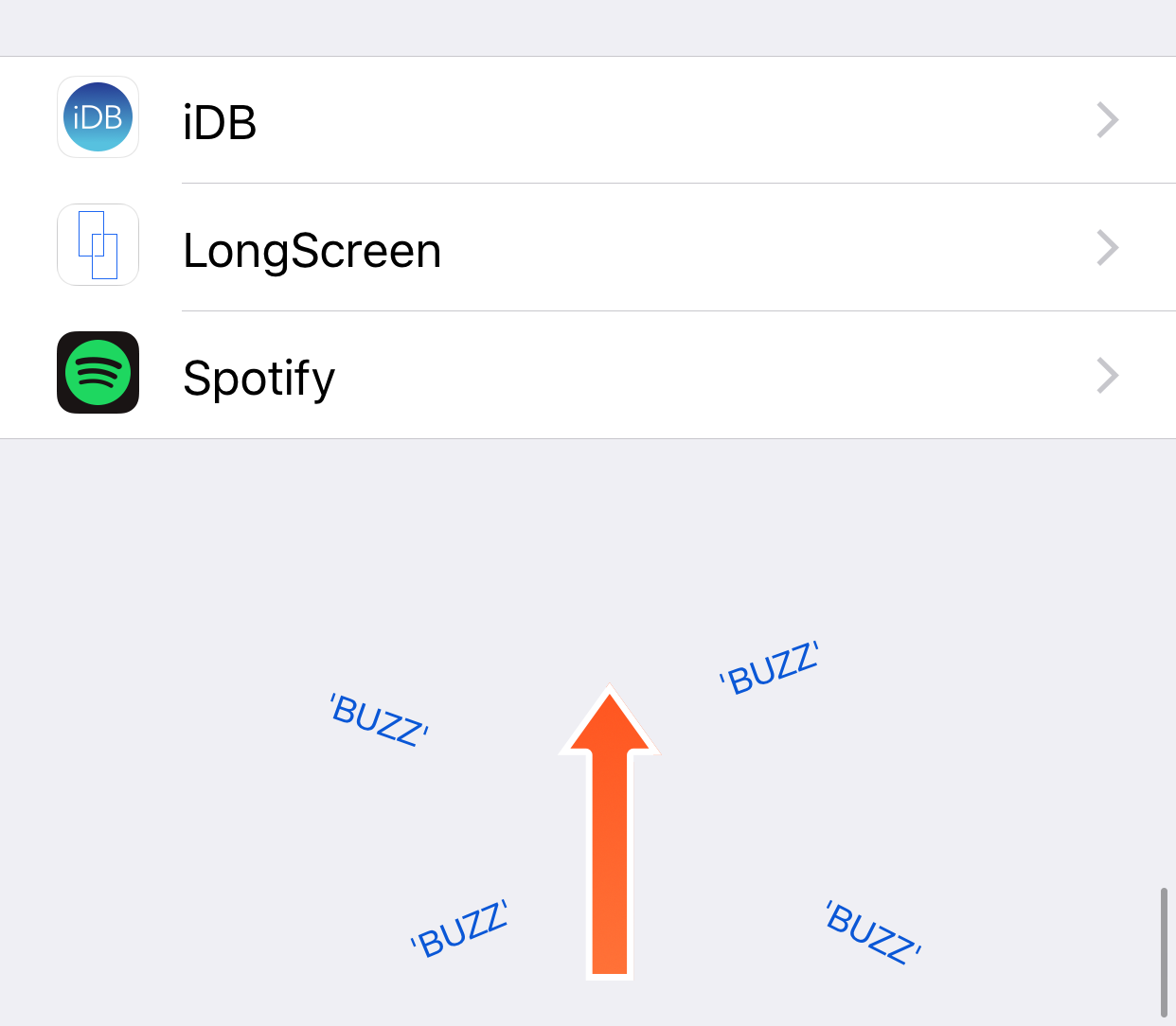 Some of the more visually appealing parts of iOS that I have always liked are those fluid bouncy animations you get when you over-scroll and end up hitting the bottom of a pane. This is particularly noticeable in apps like Safari or Settings, where scrolling too far gives you the bounce effect.

Because haptic feedback jailbreak tweaks are so popular as of late, iOS developer Hrvoje Kostic made yet another addition to the family called HapticScroll, which gives you a little bit of a buzz whenever you happen to over-scroll and hit that bouncy boundary in an app.

An example of the bouncy scroll limits in iOS

HapticScrolls is more of a fun-oriented jailbreak tweak than anything functional, as it’s really only intended to give you a different kind of response from your device depending on how you are using it.

The tweak adds a preferences pane to the Settings app where you can configure a few options to your liking: 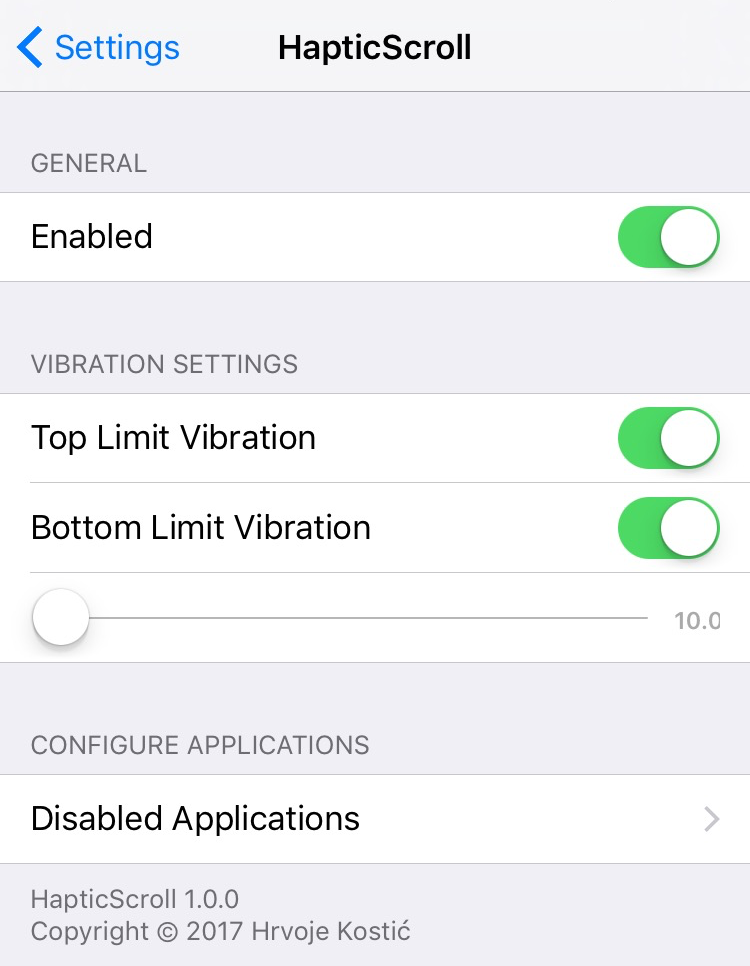 Among the things you can fiddle with are:

The ability to blacklist certain applications will be a godsend for anyone who has apps where the vibration effect tampers with the app’s functionality, such as some games or apps where you already feel vibrations from certain actions and might become confused by feeling even more of them from scrolling around.

It’s also nice that you can configure the tweak based on both the top and bottom scroll limits, which means you can control the haptic feedback based on the direction that you’re scrolling (the top of the page, or the bottom of the page).

If you’re interested in trying HapticScrolls, you can download it from Cydia’s BigBoss repository for $1.49. The tweak works on jailbroken iOS 9 and iOS 10 devices.

Are you going to be installing HapticScroll on your jailbroken device? Share why or why not in the comments below.