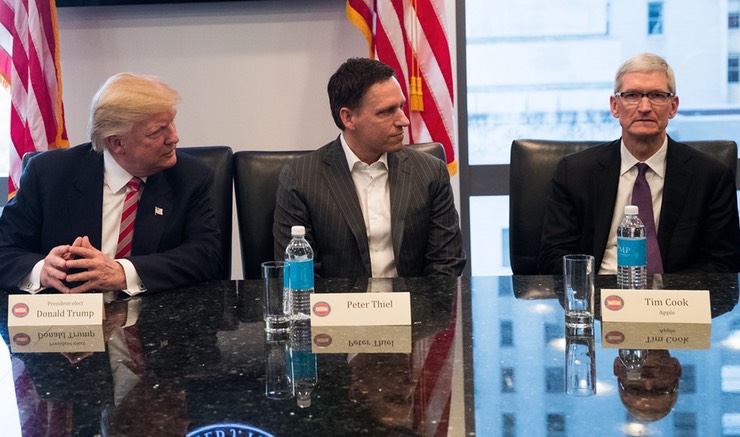 U.S. President Donald Trump’s controversial executive order that would bar Syrian refuges and travelers from Iran, Iraq, Libya, Somalia, Sudan, Syria and Yemen from entering the country is being formally challenged by Apple and 96 other companies, Bloomberg said Monday.

Apple, Google, Facebook, Intel, Airbnb Netflix, Snap, Uber, Zynga, Levi Strauss, Chobani along with many other companies have all signed an amicus brief, which is a legal filing that lets outside parties offer non-binding opinions to the court.

Hastily filed late Sunday in the Ninth Circuit Court of Appeals after a U.S. District judge temporarily lifted the Trump administration’s travel ban, the amicus brief underscores the importance of immigrants in the American economy and society, saying that 200 of the companies in the Fortune 500 list were founded by immigrants or their children.

An excerpt from the amicus brief states:

Immigrants make many of the Nation’s greatest discoveries, and create some of the country’s most innovative and iconic companies America has long recognized the importance of protecting ourselves against those who would do us harm. But it has done so while maintaining our fundamental commitment to welcoming immigrants—through increased background checks and other controls on people seeking to enter our country.

By the way, Steve Jobs’s biological father was a Syrian immigrant. An appeals court didn’t immediately reinstate the immigration restrictions over the weekend.

Last week, Recode obtained a draft of the letter that Apple, Google, Microsoft, Facebook and other silicon Valley companies, along with an unidentified consumer goods and manufacturing company, put together to formally oppose Trump’s travel ban.

“We share your goal of ensuring that our immigration system meets today’s security needs and keeps our country safe,” said a draft of that letter. “We are concerned, however, that your recent Executive Order will affect many visa holders who work hard here in the United States and contribute to our country’s success.”

The letter is still being worked on and should be relased later this week.