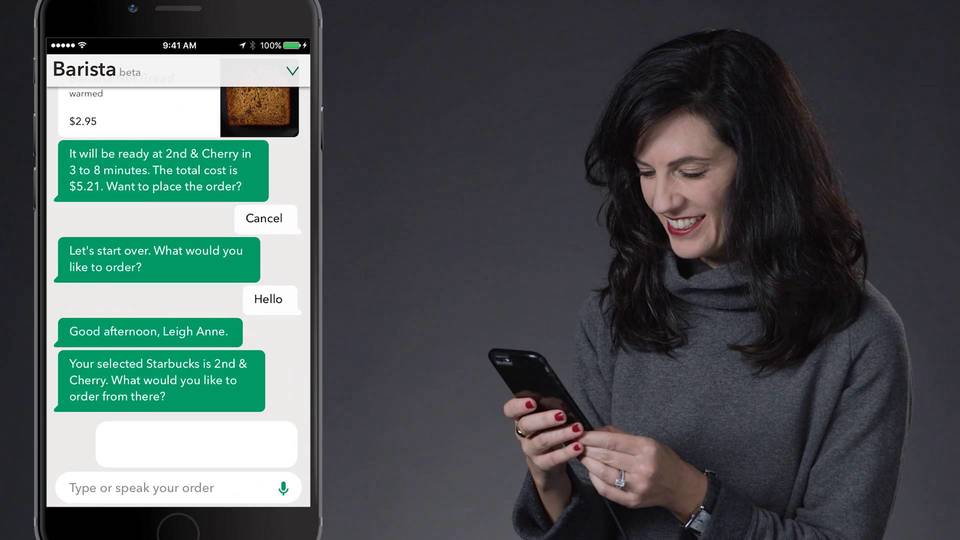 You’ll soon be able to order your favorite latte by using your voice as Starbucks today kicked off a limited beta test of a new artificial intelligence assistant inside its mobile app for iPhone. Aptly named My Starbucks Barista, this new feature will let you order items by conversing with the virtual barista within a new messaging UI, the firm said Monday.

The system uses “groundbreaking artificial intelligence” to let you order and pay for your food and beverage items by using your voice. The assistant can confirm which location you want to order from and help to process the payment.

Supported voices commands let you modify your beverage to meet your personal preference, as if speaking with a barista in real life. This beta test will be available to 1,000 users nationwide, with plans for a continued phased rollout through summer 2017.

An Android version of the assistant will follow later this year.

These voice-activated features are an extension of Starbucks Mobile Order & Pay, which allows customers to order and pay for their items before arriving at their store.

A VoiceLabs-estimated 24.5 million voice-first devices are projected to ship in 2017, with platforms like Amazon’s Alexa and Google Home leading the way.