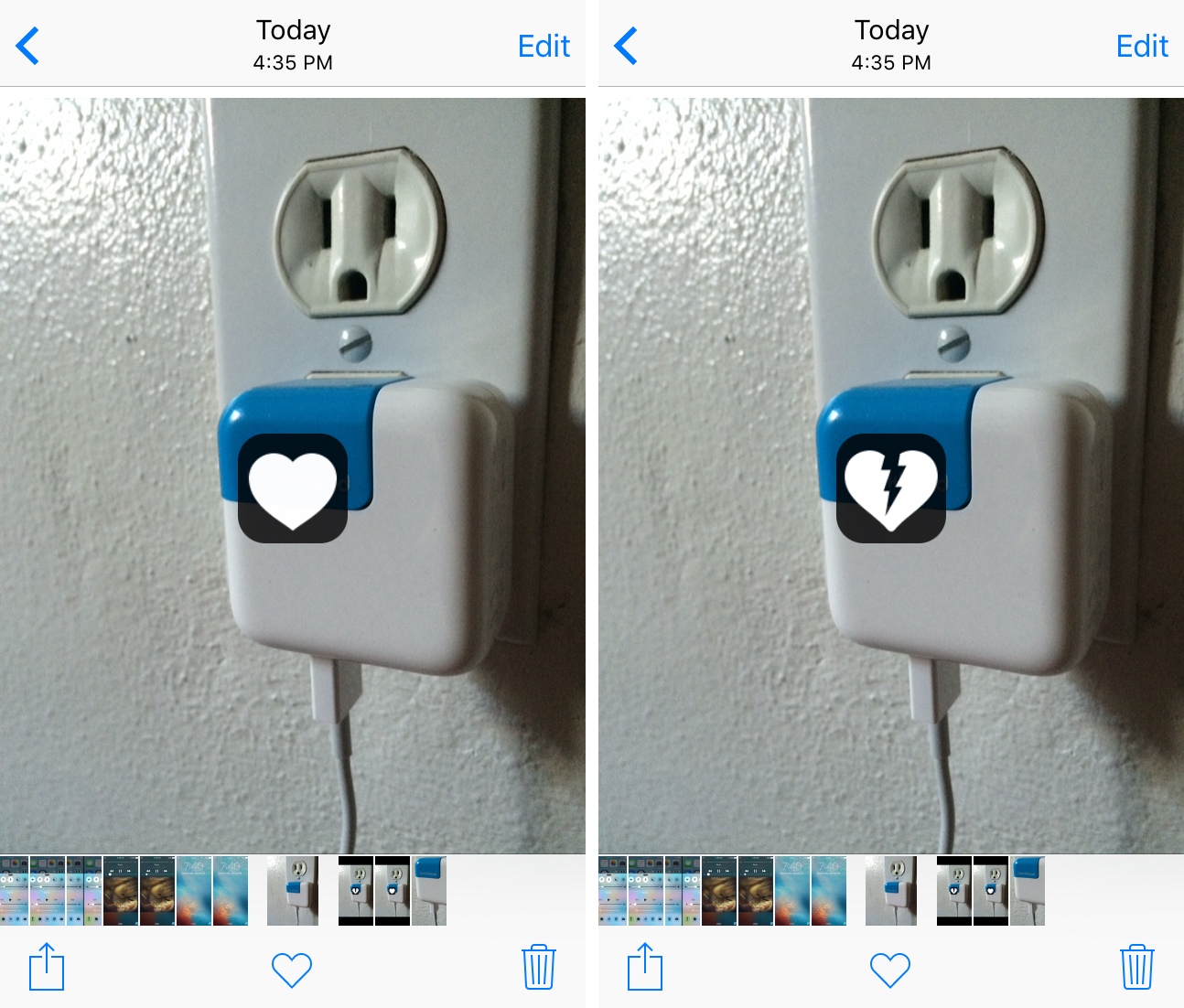 You can favorite any of your photographs or screenshots in the stock Photos app on your iPhone to help filter your most-loved memories from the rest. In order to favorite a picture, you normally tap on the heart-shaped button at the bottom of the app.

Heart Throb, on the other hand, is a new free jailbreak tweak that brings Instagram-like favoriting capability to the stock Photos app. With it, you can double-tap on your photograph to “favorite” it.

The fact that so many media apps use this double-tap gesture as a liking shortcut means that it should already feel familiar to you. In fact, I’ve been an Instagram user for a long time, and I often scroll through my feed and double-tap to like pictures, so having this functionality now built into my stock Photos app feels pretty native to me.

Because the double-tap gesture you’re now using to favorite images in your Photos app was originally dedicated to zooming in on them, you might be wondering how to zoom in now. The developer was clever and re-routed the zoom-in functionality to a triple-tap gesture on an image, so you’re not actually losing out on any functionality. Instead, you’ll just be using a different gesture for each function.

It’s worth noting that Heart Throb is intended only for the stock Photos app on your iPhone or iPad and doesn’t work with third-party image viewers like Google Photos. So, don’t get any crazy ideas folks!

Heart Throb can be downloaded for free on your jailbroken iOS 9 device from Cydia’s BigBoss repository today.

Do you like the double-tap method for favoriting photographs better than tapping on the dedicated favorite button at the bottom of the Photos app? Share in the comments below!