With the release of iOS 10.2, Apple introduced a whole bunch of new emoji. The Unicode 9.0 collection features 72 new emoji, including such crowd-pleasers as “Nauseated face” and “Fox face”.

Emoji are an extremely popular part of messaging on iOS and some people even update their devices just to get the new releases. However, you needn’t choose between your jailbreak and your smileys; in this article we’ll go through how to get the new iOS 10.2 emoji on your jailbroken iOS 9 device.

This method uses developer Poomsmart’s Emoji10 suite. Please note, whilst it is possible to get the iOS 10.2 emoji on jailbroken firmwares as far back as iOS 6 as well as on iOS 10, in the interests of brevity I will only be going through the method on iOS 9. The process for other iOS versions is similar, but may require different packages. Consult Poomsmart’s guide page for details.

2) If you haven’t already, install BytaFont 3 from the ModMyi repo, which comes pre-installed with Cydia.

BytaFont 3 will be used to equip the Emoji10 font, once Poomsmart’s tweaks have set up our device to be able to handle it.

The final three in the above list may be automatically queued for installation when you try to install Emoji10 (iOS 9.0-9.3). If they aren’t, install them manually. 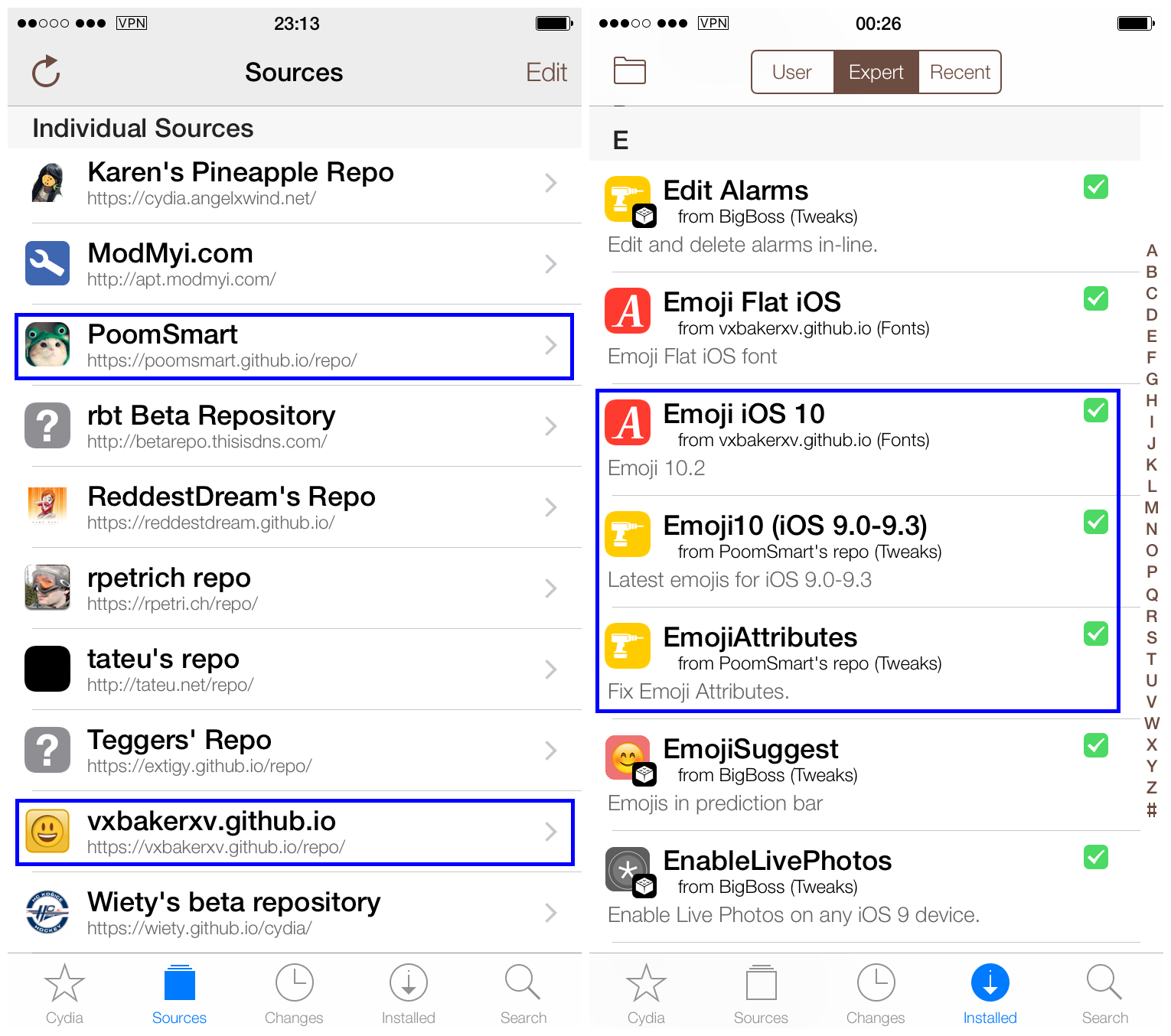 5) Navigate to the Swap Mode tab, and select Emoji.

6) On the Emoji screen, tap Emoji10 to swap your original emoji for the updated iOS 10.2 versions.

7) Respring your device when prompted. 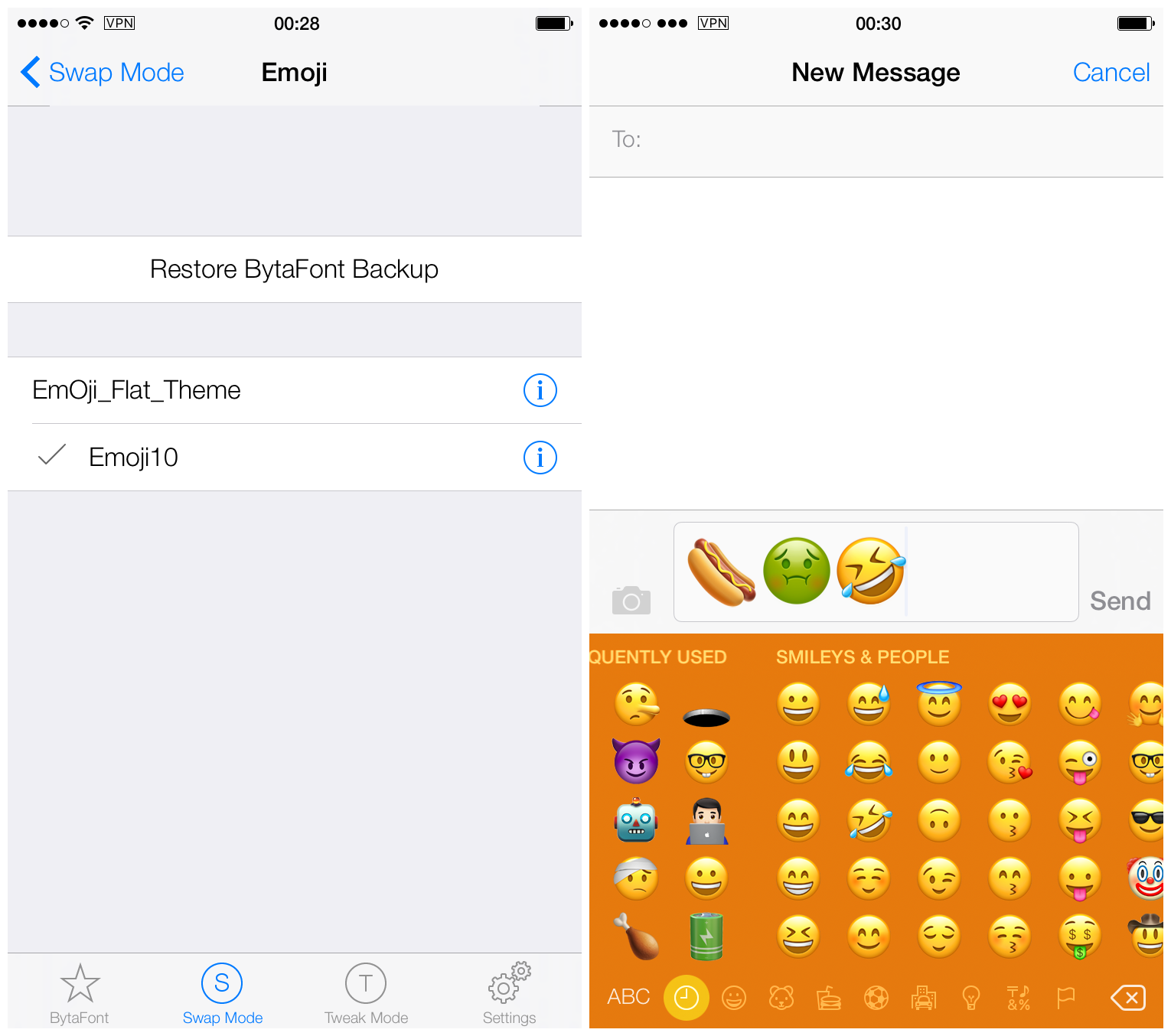 8) After it has resprung, open any messaging app and swap to the emoji keyboard. Check for the presence of an iOS 10.2 addition such as “Whisky” or “Bacon”. If they are there, you are golden!

2) Press the Restore BytaFont backup button to swap the iOS 10.2 emoji back to your original iOS version’s.

3) We must now uninstall the Emoji10 packages from Cydia. If you don’t, your keyboard will still be set up for iOS 10.2 but without the 10.2 emoji font equipped, which will leave gaps in your keyboard.

To do this, open Cydia and uninstall all of the packages on this list that you have (you may not have all of them):

4) Respring and check that your emoji are back to normal again.

And that’s all there is to it. These packages are useful in that they also allow you to view iOS 10.2 emoji in messages received on your device, when they are sent to you by someone running iOS 10.2. Enjoy expressing such emotions as “Facepalm” and “Rofl”, without giving up your jailbreak to do it!

Have you tried out the new emoji on your device? Do you need a guide for iOS 10.2 emoji on a version other than iOS 9? Let me know.